Morgan Destado’s body is lined with tight knots of musculature, concentrated across his core and broad-shouldered frame, sitting taught beneath his olive skin. Although his height is only slightly above average, he walks with the upright confidence of a man much taller. Morgan’s hair, as dark as a raven’s wing, is kept slightly long and roguishly tousled. His beard is much the same, trimmed along neat lines, but kept just scruffy enough to be enticing. Morgan’s facial features, though even and well-spaced, are cut from the rough stock of Coruscant’s underbelly: the bold cleft in his squared jaw, the crooked cast to his nose where it was broken, the sharp lines of his cheekbones, and the ever-present grin that’s settled across his sparkling, twice-replaced teeth, ranging from warm to infuriatingly cocky. He carries the hard-edged accent of Coruscant's underbelly, displaying the influence of thousands of languages. His eyes, however, stand out from the rest of his features. A piercing ocean blue, their intent gaze contrasts the cock-sureness of the rest of his face, often standing icy and aloof, even as he grins.

As one might expect from the upstart scum of the streets, Morgan’s flesh is lined by a web of ink and scars. Two pale Xs mark his right lumbar, just below a long slash that crosses his right pectoral.. His left calf sports a distinct bite-scar where his own hound bit into him at their first meeting. White, jagged ‘rings’ cross the center knuckles of each of his left hand’s fingers. These marks, however, pale in comparison to the carpet of scar tissue that covers his back, a snarled mess of whip-lashes, slices, and perfectly-round burn scars mark his skin.

In contrast to the pallid scars, Morgan’s flesh is also painted with a bounty of tattoos. Both of his arms are covered from wrist to bicep by multicolored ‘sleeves’ of ink. A pair of Pylat birds, crimson and sapphire, mark the inside of each forearm, joined by an emerald ruping with wings outstretched, a quartet of violet shriekhawks, and dueling triads of blood daggers upon each of his wrists. Black tribal bands cross his biceps and calves, painstakingly detailed, telling the story of his life in a series of miniature pictographs in the fashion of the Illohan people. This inking was once complemented the stark sigil of the Black Suns, centered upon his back; however, that tattoo, though recognizable, has been ravaged by the scarring there. Below it stand three ugly slave brands, the third through by new ink; the aurabesh symbol zerek, the final in the alphabet. 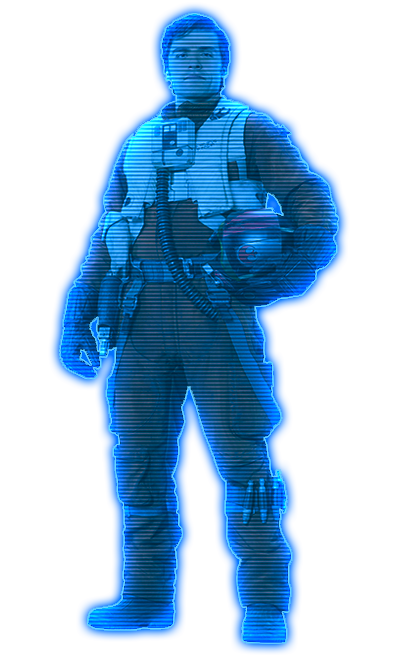 Morgan’s loyalty, his heart of hearts, lies with two people, and two people alone: his daughter, Morra, and her mother, Emere. For a scoundrel who has seldom committed to anything or anyone over his lifetime, his devotion to the both of them is one of the few positive aspects of his psyche… and it runs deep. For them, he was willing to give up his life of thievery, and willed himself to survive twelve years of torture and slavery. For them, he is willing to change themselves, to make himself better, to be the father that he never had. But, his desire to provide for and protect his family clashes with his desire for revenge, and in some ways is twisted by it. Afterall, what better way is there to defend his loved ones than hunting down those who might bring them harm?

Twelve years of slavery can change a man. For Morgan, fighting his way to freedom was very much like being resurrected. He intends to utilize this new lease on life to the fullest extent. Like a vengeful specter, his return from this ‘death’ has left him half-obsessed with enacting bloody revenge upon those who wronged him: his former friends and allies within the Black Suns who betrayed him, the owners who made his life a living hell, and the monsters who subjected his daughter to the same. His rage is cold and all-consuming, overriding any loyalty that he might feel for his Clan or House. In fact, the one thing that has held him back from total self-destruction is his love for his family. It preserves him, and keeps him centered, constantly dueling and countering the desire for revenge that burns in his heart.

The weak don’t survive on the streets of Coruscant, and bleeding hearts don’t last long either. Morgan learned early on that if he wasn’t tough, he wouldn’t survive… so, he forced himself to be tough. He forged an iron mask of confidence, a facade of self-assurance and strength that remains on at all times. His old wounds, his grief and pain, is all hidden by a constant front of ill-timed, ever-present humor. By the grin that never leaves his face. By his cavalier attitude, his flirtatious nature, his blatant disregard of rules, and by a haze of drugs and alcohol, though he has cut away his use of these since returning to his family. This act has only been bolstered by his years of slavery, and at this point, it has become hard for him to tell where the Scoundrel end and Morgan Desatado begins…

Born and raised on the mean streets of Coruscant, Morgan survived by learning to pick pockets, jack speeders, and rob stores at an early age. These petty crimes, as they often do, eventually turned into bounty hunting and bank robbery. Eventually, he even came to enjoy the cheap thrill of the take and the chase, and was dominated by this petty addiction for years. He has improved, somewhat, for the sake of his family. But, the impulse remains. He tends to constantly evaluate new environments and people from the view of a thief, has a bad habit of picking pockets that he shouldn’t, and remains tempted by the possibility of “one last job”; a take that would set his family up for life. There are consequences to this behavior, of course, as impulsive thievery isn’t a trait that is looked upon kindly by a lawful society.

Rules of engagement don’t mean anything to a criminal or a slave. When forced to fight at close range, out of his comfort zone, Morgan is totally comfortable with fighting dirty. Very dirty. Utilizing his perception and his skills in subterfuge, he seeks to take advantage of any opening that he can find, or utilizing sleight of hand tricks to end a fight before it begins: whether by spitting in his opponents eyes, cutting away a lekku, or simply pulling the pin from a grenade on their belt and running. He targets these openings with brutal application of his primary martial art, Mandalorian Core, with no care for his reputation. This has obvious drawbacks, of course; once one has seen a dirty fighter in action, they’re not likely to be trusted, and he’s very likely to simply piss some combatants off. Moreover, his tactics simply don't work as well against canny fighters, or similarly honorless opponents, and if forced into a dragged-out engagement, he will face a significant disadvantage.

Morgan seldom leaves home without his blaster pistols tucked into his belt. He prefers to solve most of his problems with the pull of a trigger, utilizing agility and creativity in combination with his skills in blasters, perception, and dual wielding to blow many of his opponents away with a flourish, and he always tries to draw first when words fail. However, beyond the blaster pistol, his skills waver. Never properly trained to use a blaster rifle, or even a slugthrower, he lacks experience and finesse with weapons that are out of his comfortable range.