Some of you might be familiar with Pokemon Fusion. For those of you who aren’t, it’s basically mixing two pokemon into a new one.

For example a Gyarados and a Bulbasaur turn into Gyarabasaur: 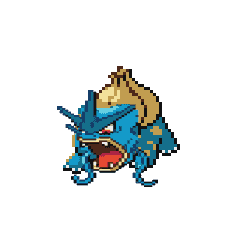 For this competition we challenge you to pick a Pokemon and fuse it with a character from the Star Wars Universe. For example you pick a Zapdos and Darth Vader to create either Darth Zap or Zap Vader!

Using a graphic editing tool such as photoshop or GIMP, provide the name of your creation as well as an image of what your creation would look like.

Your submission will be judged based on creativity firstly. Humour will be appreciated but not required.