Competition: A Flash In the Pan III: Triple Rush

Running
A Flash In the Pan III: Triple Rush

There are the same questions that I asked in the last two iterations of this competition:

Do you have a couple of minutes a week to try your hand at a quick little game? Do you like making those participation numbers bigger and seeing those credits stack up in your bank account? Do you enjoy a bit of easy participation, or do you like to whoop the competition in a quick flurry of fun? Did you maybe already participated in the last iteration of this competition?

Do you want to be crowned the NEW Monarch of Games!?

Either way, this competition is likely to have the sorts of things you are looking for!

Grading will be based on the high scores achieved, or in the case of some games the highest level of a game achieved. If you have a question about a particular competition, don't fret your (doubtless adorable) head, because again examples will be provided.

Of course, more participants mean upgrades, mean more Crescents to go around. So there is all the reason to throw in some quick participation even if the easy credits, participation credit, and fun are not enough to entice you. Given that this is going to be my last iteration of this series for a bit, I figured I would throw in a glut of games for your enjoyment!

With all that said, let the flash gaming begin! 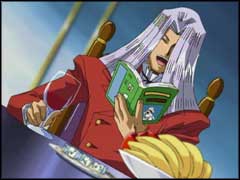 A Flash In the Pan III: Triple Rush has 16 sub-competitions