Tisto appears to be an almost normal Kiffar male. His qukuuf tattoo is a green crescent running from his left jaw to the top of his nose to his right jaw, making him as a member of the small Kingang Clan. He is broad shouldered and lean muscled. Despite this lean build, he carries himself as if he was larger. This is helped by his hair, red dreadlocks that reach below his shoulders.

His eyes are a deep hazel, but often appear to get lighter when he is angry. When topless two smooth scars run down his back from the shoulders to his waist line. While these scars are mostly hidden, his forearms bare scars from previous swoop crashes. His eyes and scars also make him look a few years older than he really is. 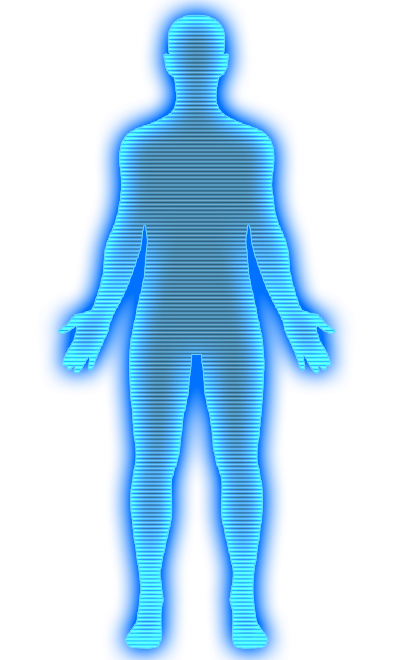 The G9 Rigger-class Light Freighter is a 34-meter long Light Freighter designed to move freight independently. Hyperdrive capable, this vessel has poor maneuverability and speed, with only light armor. An outdated model by the Clone Wars, it is slow and unwieldy compared to starfighters.

G9 Rigger-class Light Freighter is free of any paint covering, having only a protective coating over the natural gray color of its steel covering.

The Air-2 Racing Swoop is a Swoop designed for high-speed racing, the Air-2 uses a complicated control scheme requiring simultaneous use of handlebar, knee, and foot controls. Its combination of high speed and difficult controls make it very dangerous for inexperienced drivers. It requires a crew of 1 to operate. It is armed with an optional double blaster cannon.

Air-2 Racing Swoop has been refitted specifically for racing, and had it's brakes, lights and signals removed to the weight of this Air-2 Racing Swoop as well as installation of deflector shield generators on the front half of the vehicle for enhanced safety in high speed impacts. This makes the vehicle perfect for a swoop track, but dangerous on the roads.

Tisto Kingang has painstakingly cared for this Air-2 Racing Swoop, and even upon close examination it appears as though Air-2 Racing Swoop was freshly off the manufacturing line. Absent of any scratches, dents or even the slightest imperfections, the only thing missing is the new vehicle smell.

The Q-1041 Plasma Cutter is an extremely powerful two-handed molecular torch manufactured by Borallis M&M that uses a high energy quantum-kerf ray to cut into nearly anything.

Droid Personality: Protector of the Pack

The E-XD Infiltrator Droid is an infiltration droid designed to resemble a protocol droid but outfitted with both built-in blasters as well as scanning and identifying various objects and lifeforms. They are also fitted with a proton warhead that is programmed to self-destruct if the unit is compromised while carrying out its specific mission. Designed for Grand Admiral Thrawn during the Age of the Empire to scour the Outer Rim Territories for rebel bases.

Protector of the Pack (Droid Personality)

Protector of the Pack

DEX has developed a strange personality quirk due to the organics it was stolen by, specifically attempting to mirror the Kiffar known as Tisto. This quirk has caused it to identify Tisto and his friends as being part of its pack of predators, and believes itself to be part of the group meant to protect that pack. As a result, whenever it see's a member of its 'pack' being threatened it will rush into battle to protect them.

DEX has had every external component painted black as night, with attempts to minimize the brightness of external lights and features. This allows this E-XD Infiltrator Droid to more easily blend into the shadows and darkness unseen.

DEX has recieved redundant programming and a mechanical overhaul that reinforces known weaknesses from the original design that allow this E-XD Infiltrator Droid to continue operating and survive much longer against a wide range of attacks. This programming overhaul slightly slows processing times while the mechanical fitments can slightly reduce agility.

The Shockboxing Gloves are powered-gloves designed to cover the fists, running up to the wearer's mid-forearm. Fueled by vibrocells, there is a conductive plating on the outside of the gloves that emits an electric discharge upon contact that provides a light shock or stun depending on the settings. Though specifically designed for use in the sport of 'Shockboxing', they can be used both offensively or defensively, with a higher degree of skill and ability by those with the shockboxing feat.

The Repulsor Belt is a waist worn device that contains repulsorlift generators, allowing the wearer to hover several inches above the ground. Designed as a safety device by those on swoop bikes to improve their chances of survival in a crash but used as both a training tool and general safety measure in applications across the galaxy.

The Polarized Goggles are protective wear for eyes. Worn tightly over the eyes to allow the wearer to see in situations where the environment would make it difficult to otherwise as well as prevent injury to the eyes. The lenses on these goggles are polarized to protect from the glare of the sun, making them more popular on desert worlds such as Tatooine or Jakku or ice planets such as Hoth or Ilum where there is little on the surface to block out the sun.

The Utility Belt is a waist worn device fitted with equipment for carrying out basic mechanical tasks or other essentials depending on the mission.

The Holoprojector is a small and compact disc-shaped device, capable of recording, displaying, sending and receiving three-dimensional holographic transmissions.

The Armorweave Cloak is a loose garment with an attached hood that is worn over existing armor or clothing to protect the wearer from the elements, or to hide someone's appearance that is made from armorweave cloth material capable of dissipating indirect blaster bolts.

This Armorweave Cloak was created to resemble a leather jacket. It provides the benefits of an armorweave cloak though only protects the area's a normal jacket would. This jacket is black, and has many different patches on it from various organizations including three gangs, and a Knights of Allusis and Hoth patch. On the back is the symbol of the Void Serpents, identifying Tisto as the gangs leader.

The Jedi General Armor is modified from trooper armor to offer significantly better protection to certain areas of the body in combat over traditional Jedi Robes, yet staying light and comfortable to allow as much freedom of movement as possible in utilizing the Force. It was worn out of necessity in times of conflict over traditional Jedi robes. Jedi General Obi-Wan Kenobi wore a modified clone armor set design during the Clone Wars including modified chest plate armor and gauntlets.

Tisto's General Armor has been altered for increased resistance to electrical discharges at the expense of the mobility normally attributed to Jedi General Armor.

Tisto's General Armor has been adjusted to minimize the sounds produced through every day movement in comparison to other Jedi General Armor. As a result, Tisto Kingang has sacrificed the standard protection in favor of stealth.

The Ring of Wrath is an ornate band bearing the seal of Great Jedi War XII, awarded to all members of Clan Odan-Urr for participating in the war and contributing towards their victory.

Scar In The Force (General Aspect)

When peered at through the Force, Tisto is seen as a jagged scar in the normally fluid energy field. It is unknown how this happened, and unfortunately, prevents Tisto from sensing the Dark Side within himself even as he uses it — and more importantly, as it uses him, and can find his mood and thoughts out of his own control, the Dark Side sometimes stoking his temper or paranoia, feeding his hatred without his notice. Tisto also struggles to use powers that rely purely on emotion, such as Rage or Terror and instead focuses on amplifying his own abilities with the Force. While some other people are unnerved by the Force scar, it does not affect them or their mastery of the Force in any way as it does Tisto.

Tisto has faced death many times, and through many different ways. These experiences have given Tisto a way to react to fear and death. While some would freeze and others would flee, Tisto will fight as hard as he can. This approach to fear often alienates him from his more peaceful peers, it has saved his life several times even if it puts him at more of a risk.

Tisto may be a Force User, but he is no Jedi. In the past he tried to blend being a Jedi with his former life, he was unable to handle the losses that lead to and abandoned pretending to be a good person. While he does often have good intentions behind his actions he is violent, vengeful, cold, and pragmatic. His decision making is often influenced by years as a gang leader, leading to decisions that alienate him from his more peaceful allies.

Tisto's decisions always fall in line with what he believes to be best. Pain is the best teacher, dead men are the best enemies, breaking people is the best way to stop them. This does not stop him from caring about people it does make it hard for people to see when he does. As a result, his motives are often only known by him, if that.

If growing up on the mean streets of Nar Shadaa taught Tisto anything, it's that often times the best answer to a problem is the simplest. Whether this is trying to sneak into a place, or simply punching someone, he has found that the statement is true far more often than not. This often leads people to believe Tisto is a simpleton, and as a result causing many "high class" folk to view him unkindly, it has served him well all of his life.

Thanks to being a criminal and a shockboxer, Tisto has seen a lot of combat throughout his life. As a result he has become adept at fighting foes of all kinds, from knowing how to deal with common goons, to knowing how to combat lightsabers and Force users. Despite a wide range of combat knowledge, Tisto still prefers to get into close quarters with his shock boxing gloves. He finds the thrill of close quarters one that is hard to resist, typically resorting to uses of Telekinesis to drag in persistent ranged opponents. As a result, if pinned down by multiple ranged opponents Tisto only has Barrier to rely on to defend himself. As such when dealing with people who prefer ranged combat he can easily exhaust himself hunting them down.

Tisto's time as criminal rabble and as ruthless crew leader taught him several more things than just practicality; they taught him tactics. Tisto has a wide array of distasteful but effective methods of urban warfare, including identifying strategic targets for isolation, elimination, or take over, using any given area as a tool and battlefield all its own, and fighting with small, guerrilla forces against often much larger and well-armed targets. While these experiences give Tisto quite a lot of tricks in his repertoire and the ability to plan around battles and consider his opponents, they are also rather narrowly suited, and when caught off guard or confronted with more traditional combat situations where his techniques cause more harm than good, Tisto can be all but useless. Furthermore, some commanders may find his behavior impertinent or dishonorable, leading Tisto to conflict with his allies.