LucasFilm and Disney have released a seven-minute preview of the upcoming Star Wars Rebels animated show. Note - this is not a trailer, but a straight seven minutes from what seems to be the pilot episode. Check it out in the image below.

Star Wars Rebels premieres with a one-hour special on the Disney Channel this October followed by weekly thirty-minute episodes on Disney XD (I'm guessing Friday night or Saturday morning, like The Clone Wars). 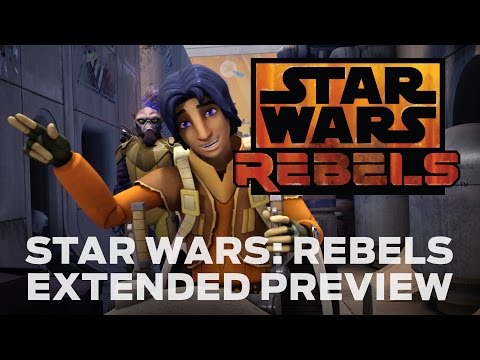