Larun Pamril is a young Miraluka girl with an olive complexion and prominent freckles on her cheeks. She has a frail constitution for a girl her age, with skinny arms and legs topped with a slightly oversized head. Her often messy, auburn hair is tied into a bun or, more commonly, pigtails. As with all Miraluka, Larun has no eyes but covers them with a piece of cloth. 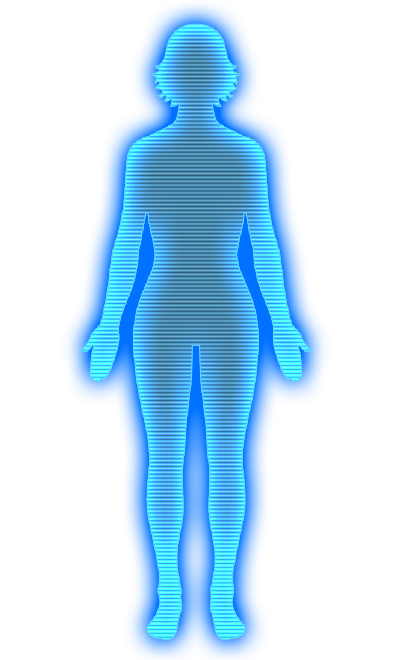 The Convor is an avian species native to Wasskah. They were short, had round bodies and long tails they used to wrap around and grip tree branches.

Rumi is smaller than the average Convor in terms of size or body mass. Their compact build can offer better mobility and agility but often at the expense of the power commonly associated with other Convor.

Rumi is inherently reserved when compared to the rest of their kind. They tend to react to extreme conditions like loud noises, bright lights, aggressive action, or perceivable threats by retreating or looking for a place to hide. This timid nature can be mistaken for weakness, but underneath remains a strong, caring spirit that still very much wants to be a part of the world around them.

Rumi has typical coloring and physical appearance for a Convor.

The Training Lightsaber is a weapon designed to simulate the use of a real lightsaber, but built from a mass produced hilt and a highly intensified electromagnetic containment field that produced a blue blade that was far more difficult to penetrate than a standard lightsaber. The blade, while painful to the touch, is not powerful enough to cause real damage or cut but still deflect an incoming attack from another lightsaber blade. Allowing members to train before handling a real lightsaber, and found mostly in the hands of Novitiates.

The Chronometer is a personal device, worn on the wrist that measures and keeps linear time.

The Wrist Link is a device worn around a user's wrist that functions as both a chronometer for measuring and keeping linear time as well as a basic comlink for communications.

The Poncho is a simple one-piece garment with a hole in the center, that rests on the shoulders to cover the wearer's chest and back. It comes in multiple designs and colors while providing light protection from the elements.

The Jedi Robes are attire of the Force using Orders. It consists of boots, loose fitting pants and tunic, and a utility belt to attach lightsaber weapons. It provides great freedom of movement, made of strong and rough material that resists tearing and fraying while undergoing typical Jedi business.

The Jedi Order Scroll is a standard scroll containing basic knowledge scribed by members of the ancient peacekeeping organization devoted to the light side of the Force known as the Jedi Order. Whose members served as guardians of peace and justice for over a thousand generations.

The Family Heirloom is a cherished item passed down through generation after generation of the owner's lineage.

Larun has a strong connection to the Force, but few means of controlling it. Her lack of training and proper guidance has left her Force senses extremely sensitive out emotional stimuli from other sentient creatures. She can often get overwhelmed by other peoples' emotions, forcing her to shy away or outright cower or run in fear when people act aggressively towards her.

Turn It Off! (General Aspect)

Through years of neglect and suppression of her special abilities, Larun has developed a hypersensitivity to the emotions and Force auras of other creatures, but more specifically the sentients of the galaxy. Despite having senses that are very much attuned to her surroundings, Larun suffers from occasional migraines and wracking pain when her senses are overloaded or she is under duress, or physically hurt.

Larun has a shy personality, mostly forced on her by her ignorant parents suppressing and refusing to acknowledge her special abilities. She is introverted and fearful around her peers at the best of times, but she does not shun their company and genuinely tries to be friendly and open, as much as she can. Not one to be aggressive or energetic, Larun generally lets others approach her and, if she finds them friendly, greets them with a shy smile, showing signs of trust. She also tends to retreat into herself and stay away from people when that trust is broken.

Larun's whole life was marked with her parent's shunning her abilities, if not Larun herself. As protective parents, they tended to beg Larun to hide her powers away from the world as much as she could, for fear of their daughter being taken by forces malevolent for reasons unknown. This has made Larun's journey to become a Jedi a wholly difficult one. While she listens to her Master's teachings willingly, and is generally a diligent student, she has a hard time accepting or processing those teachings to fit her world-view. However, Larun has promised herself, and her parents, that she would give her all to achieve her goal of controlling her powers and becoming a Jedi.

Larun is very protective of those she cares about, largely an effect of her protective attitude towards her younger brothers. She never stands for bullying and will speak up, despite herself, when she sees cruelty at hand. She has a tendency to push away her fear as best she can when there's someone else at stake. This brings her into conflict with people who tend to harass others for and draws attention to her.

My Lightsaber, My Life (Combat Aspect)

Even if her lightsaber is a training model or an armory saber, Larun keeps and cares for it with all the attention of an obsessed tinkerer. She enjoys learning how the device functions, how it comes apart and back together, but most of all she enjoys the sound that it makes and the calming echo in the Force that it creates. The sound of a saber and the feel of its weight gives Larun courage in a fight, helping her to cope with her fears and flaws, and without one she is likely regress and cower from an enemy.