Neta has tanned, ocher skin with two claw-mark scars lingering on her left cheek. Her pine-green hair marches to its own beat with a combination of an upward comb-over, a cropped fade on the side, and an intricate collection of tightly wound braids. She has a narrow jaw, square nose, and thin lips.

Her lean, athletic frame hosts a collection of miscellaneous scars and scratches, with an average bust, narrow waist, and strong hips. 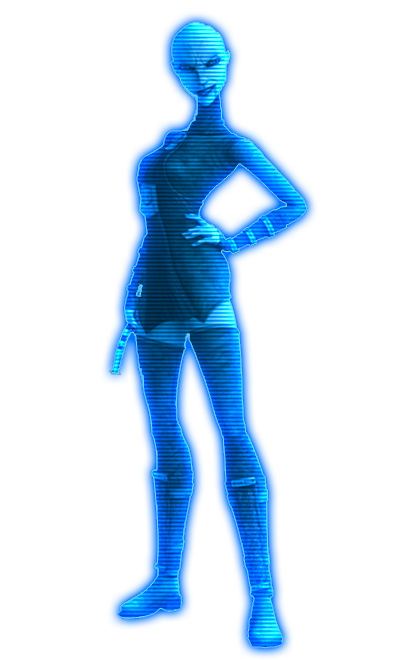 Accessory
All By My Seeelf... (General Aspect)

Neta'var Vask does not like to work in groups or teams and feels most comfortable on her own. She sticks to herself, sets her own pace, and doesn't share feelings or emotions with others. While the this lets get things done quietly and efficiently, she tends to be emotionally cut off and has problems relating to non-creatures. With creatures, it's a different story. She has full conversations with the creatures of the forest, and many question how much is just her talking to fill the air and how much the creatures actually do understand what she is saying. Her affinity for animals is bluntly apparently, so maybe she's on to something. She also tends to talk to herself, answering her own questions or laughing at her own jokes, which can cause concern or confusion from others.

Mother of the Eld (General Aspect)

Neta'var Vask has been called 'Mother of the Eld" for her overprotective nature of the secluded forest that she lives in. She also helps to raise wildlife that was relocated to Arx, and maintains a partnership with Arx Capital Exchange to breed and sell off litters of the indigenous and imported creatures under her care. While she knows its for the best, she cares about each creature that she helps raise, and tends to stay up at night wondering if she is doing the right thing in giving away the litters or exotic critters.

Neta'var Vask knows that she is a talented huntress, and is not afraid to flaunt it. She is anything but humble when it comes to talking about her skills, abilities, or success'. This can make her come off as arrogant and obnoxious, but deep beneath her bravado is a woman who simply takes pride in her work and loves what she does for a living.

Neta'var Vask is very protective of her home, which happens to be the woodlands of Elos Vrai on Arx. She does not take kindly to visitors of any kind, whether they are simply looking to go camping and enjoy nature, or are looking to go hunting for game. While she respects those that wish to hunt for their own food, she has little patience for those that are out for sport. And she especially has no tolerance for poachers. If she catches anyone trying to poach the creatures of her domain, she will react quickly, swiftly, and without mercy. This lifestyle makes it difficult for her to trust people, which can get lonely when your only friends tend to be the animals of the forest. She has also been known to shoot first before asking questions, since she assumes the worse of any visitors.

Neta'var Vask has a deep bond with two of her favorite creatures. She has raised her Narglatch, Spike, from a pup and the two share a Deep Bond through the Force. Her faithful Shriek-hawk, Shiro , she trained the old fashion way, and while they do not share any bond through the Force, Shiro's loyalty to his master is built on the trust and companionship the two have shared over the years. Neta'var Vask is very protective of all creatures, but has a special spot for Spike and Shiro as her favorites. She will prioritize their safety over anything else, even if it means harm to herself.

Neta'var Vask has spent her entire life in the woodlands, even before settling into The Eld of Elos Vrai on Arx. While she favors her Energy Bow, she is also adept at using her knowledge of the terrain, the wilderness, traps and other gadgets to catch, trap, and hunt both creatures and non-creatures alike. She uses her knowledge of the hunt, mostly, to protect what is hers. Her agreement with Arx Capital Exchange comes in the form of environmental protection for the Eld, and the authority that she may shoot-to-kill if it means defending it. Because of her focus on living in the wild and surviving in nature, she is often nervous and shy about going to the more populated cities or encampments on Arx, and does not like to go anywhere near spacecrafts.