"Never stand begging for that which you have the power to earn." - Miguel de Cervantes

It is not often we get to make a new Elder. It is a storied and prestigious rank that means something to all of us. Not everyone will be an Elder in this club. It takes devotion, self-sacrifice, and a willingness to accept the fact that The Work is the Reward. So we try and recognize those who have struck the delicate balance between serving the Brotherhood, not just their unit, and maintained a positive attitude and presence throughout their time in the club.

We believe Marick Arconae, also known as Wally, has dedicated himself to this standard we hold so dear. So we would like to say a little bit about him and his work with us.

You may be enjoying the newly revamped Antei Combat Center. The next time you challenge you someone to a match, enter a tournament like the one currently running for Fading Light, or just play with the excellent upgraded interface, you are enjoying the fruits of Wally's labor. Many others were responsible to be sure, but Wally was there for the whole process quietly going about his business improving this very aspect of the club.

Wally wrote the ACC Exam that many of you have taken to get qualified to participate. He has contributed solidly to the ACC Guide. His work on Aspects and Feats, staple components of the borrowed FATE system, were exhaustive. This all just to get the new concept we wanted, an ACC built around the writing, rather than the other way around, off the ground. Then there was the Beta Testing, the training of new ACC Judges, and the endless chore of reading, proofing, and working with members on the new Character Sheets that are part of not just the ACC, but the Brotherhood's entire fictional realm.

While a big part of the ACC Team, Wally quietly worked on another related area of the club, the Voice Team. The Voice is the nexus of fiction for the club and not only oversees the ACC and its reconstruction, etc., but also every other aspect of fiction we deal with. Most notably his work on the guide for Force Power usage.

Wally is also no stranger to the Shadow Academy, having worked with our former Headmaster Solari on the Journeyman Halls. Wally also has worked as a Professor and Docent for the better part of the past year.

Another impressive quality of Wally's is, as a leader, he has literally led the way for Arcona throughout the grueling Dark Crusade Vendetta. Over the last year and a half Wally has participated in 30 of 31 events and earned the coveted title Third Hero of the Dark Crusade.

While managing all the above, Wally has continued to impress me with his positive attitude and the effect it has had on Arcona. When I first joined the Brotherhood, Arcona had a less-than-friendly reputation that had earned it exclusion and strife at times within the club. Under Wally, and his predecessor Wuntila, Arcona's personality slowly shifted to one that was much more inclusive, friendly, and cooperative with units and members throughout the Brotherhood.

Wally is passionate, he will be the first to admit it. He is not perfect. He admits that too. But when working with Wally I, agree or disagree with him as I may, I always come away with the impression that he genuinely wants to improve the club and the experience of its members.

You can read about some of this passion and cooperation, and what it means to different members around the club, right here.

First round's on me, killer.

A long time coming. You are the best of us in many ways Wally. Congratulations, and hard earned. The next not claimed round is on me.

Thank you for everything you've done, every time you've been there to be the person that could be trusted to be honest and straightforward. I look forward to the continuing growth of the Brotherhood and the time in which we see you raised to DJM. I don't doubt that it will be sooner than anyone could imagine.

Well done boss man, You not only deserve Elder you by far earned it.

"DA isn't an end mark. It's the first of three major milestones."

Don't get complacent now, big guy. Enjoy this, you earned it.

You are amazing Wally! Thank you!

Congratulations, Wally. This truly brought a smile to my face. Well done my friend.

Wow! Congrats! I can't think of anyone more deserving of the title of Elder. You've done more to mentor/encourage me as a writer and leader in the DB than anyone and I'm...I'm going to need a moment here because there's just... 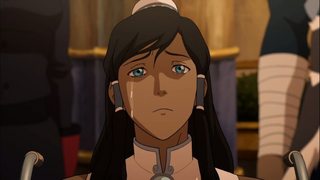 Turel <3 Be our boomerang.

Wally, congratulations! You deserve it so much!

Congratulations Marick. While other's call you Wally, which I still don't know why, I'll just call you by your name.

Thank you for all the hard work and multiple butt kickings I've received in the ACC.

Well deserve. Can't see what you do next for master or Darth title

Congratulations Wally, very well deserved. Thank you for all the hard work you've put in to the club, and I hope you keep it up.