The Herald’s short jacket whipped against Begeren’s evening storms. Dusk’s fading light hid her natural tan features beneath a raven flock of wild hair. Her pale azure eye strained as it scanned the horizon until she located the first signs of movement. Socorra watched the initial recon teams from the Dark Brotherhood converge on the quarries below. This location blossomed like a beacon of despair within the Force. Something horrific had occurred here and nearly the entire Dark Brotherhood would sense it.

Socorra glanced up at the night sky and her lip curled in sarcastic smile as she reflected that the storms and encroaching darkness matched her mood. The Dark Brotherhood was at war. They were at war with the One Sith and most recently at war with one another. Dark Councilors had been murdered, Consuls decried the actions of the Grand Master, and dark portents plagued nearly all of their dreams.

Yet here they were, once again, moths to the flame. The mission was simple, take Begeren, secure locations identified as ancient and Sith in origin, wait for the Headmaster and his Krath Scholars to divine their secrets. The same mission had played out for nearly a year straight and yet no one was sure what they Grand Master was after. Was it the conquest of planets, was it the collection of artifacts, or was it an artifact not yet found?

The quarries were the latest piece in the long and dangerous puzzle that was the Dark Crusade. Even without One Sith on the Battlefield, Socorra knew this mission would not go smoothly. The units of the Dark Brotherhood would scramble to retrieve whatever was below in order to gain prestige from the Grand Master, to claim it as their own, or to destroy it. One thing was certain, there would be blood.

She had come here for her own purposes. To investigate what was really at the center of the Grand Master’s plan. She knew something was about to happen and she could sense it was happening soon. It only made sense that she would be here to usher it in. After all, she was the Herald.

For the sake of convenience, the Hall for this ladder can be found by clicking here

Woo sitting back for first round!

Some of the links are broken, like page 2, next, and last.

Also, those with byes but have an opponent, when do those battles start?

Links all work fine for me. As for second round matches, they'll likely start all at once when the first round matches are completed. 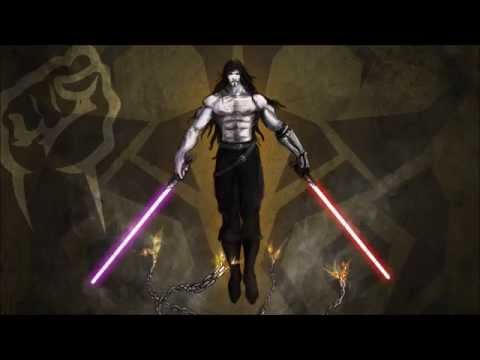 very well done, I liked that