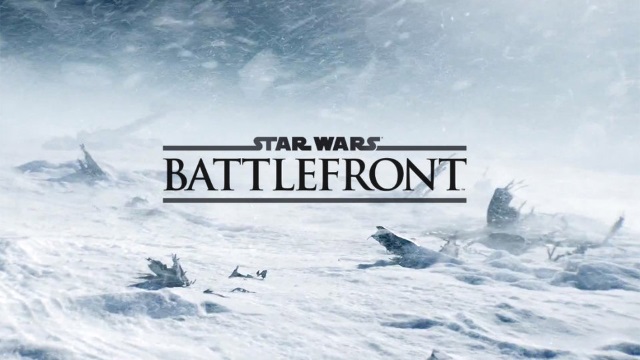 In news that the gaming community in the DB, and Star Wars gamers in general have been waiting for... Star Wars Battlefront has a release date. Unfortunately the announcement from EA doesn't really jive with what we had been hoping for when it comes to the release: Holiday 2015.

It looks like they'll be aiming to release it around the same time as Episode VII, which at least means we can look forward to a full level geek out around Christmas time next year.

See I might buy a PS4 just for this.

I wish it was earlier. I love my PS4 and wouldn't trade it, but Battlefront was one of the reasons I bought it

OHHH MYYYY GAWWWWD!!! STAR WARRRRRRRRSSS!!! -FROTHS AT THE MOUTH- I need an XBone :(

Guys, just make sure you're reading that right... 2015. You've got time to get your consoles (and let them drop in price) before you have to buy.

I actually agree with Shad. Every Battlefield title has been best done on PC imo, and especially given the rather... tempestuous history DICE has had with their products needing countless patches, I think that PC is the way to go with this game.

I agree, I enjoyed many MMO battles with friends at school.

Consoles are for kindergarteners... :P

Bro...why you crap on consoles, bro. Not cool, bro.

I think DICE had previously stated (unofficially) that BF3 wouldn't release until after Episode VII released, so I consider this an improvement. Very excited. Might just get it for PS4 and PC (for the DJB multiplayer, of course)

Sounds like a high quality gaming PC is going be more benefit to me then a new console.