Wildstar is an upcoming Scifi MMO launching this weekend featuring some nifty gameplay and customization options. Several DBers have expressed interest in the title, so I've been keeping an eye on it and I enjoyed the beta. If you've never heard of it, you can check out this "features" trailer here:

I'm personally very interested in it for it's PvP possibilities. I've loved MMO PvP, and the combat system is a blast in this game, so I'm looking forward to the system. One simple example, that also illustrates combat in general quite well, is here: 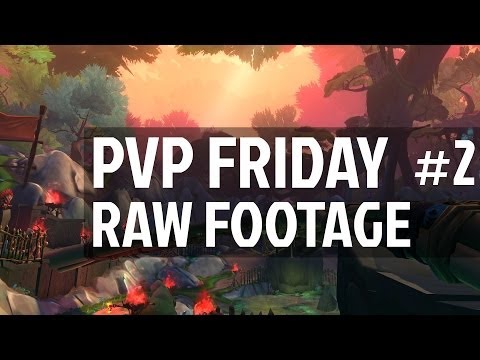 Anyone else looking to play, and if so, what server? There's been talk of some DBers playing on Evindra, the only current RP server. If you're thinking of playing, feel free to use this news post to let people know! This game isn't going to be supported by CFs as far as I know, but it looks fun all the same.

I must admit I have been taking part in the Wildstar beta testing. The game is shaping up to be pretty awesome. The graphics are amazing and play really well on my PC which is not a high-end platform. The gameplay mechanics are cool, but the jumping in some instances can be quite difficult and cumbersome. All in all a great game, and I'd recommend it to all MMORPG players out there :)

Looks interesting -- thanks for the info, Mav and Taranae!

£34.99 on pre order for standard or £49.99 for deluxe according to the Wildstar site. I enjoyed the game, but being low on greens I think I may have to just be content that I got to play it in beta :(

And yes, I do believe there will be a monthly fee too. The first 30 days come free with the purchase of the game and there is talk about being able to use gold from other players in game to add to your subscription.

Quote : The first 30 days is included in the price of the retail game, however, you will be required to pay a subscription fee or earn and use C.R.E.D.D. to continue playing after that time is up. More details about the subscription fee and C.R.E.D.D. will be available closer to launch.

If you google around you can find a voucher code for 20% off the game, though I think it expires somewhat soon (maybe today?)

apparently, you can earn play time in game from other players too, though I dunno how that'll work out

Same here, hence why i haven't upgraded tor or wow

I have preboght the game and have early access, haven't played much and already lvl 16. Combat wise it is pretty awesome. I am in the north American server - Widow (PvP)

And as for monthly expenses.. SWToR is FREE TO PLAY. and is quite good to play still as a free player as the guild organises your operation passes as a lot of us are subbed so it doesn't cost you a thing except your time. Even if you get it and LVL to only 15 as a free to play you can then take part in LVL 15 duel which is CF awards and more.