An Old Man Turns In His Work Late

An Old Man Turns In His Work Late 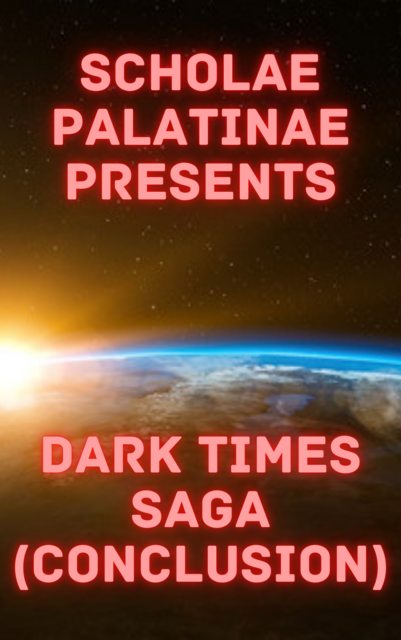 Blow the ship down...
In orbit above Ragnath

“Sir, she’s going down,” Lieutenant Avon said from her station on the ISD Palpatine. Ric turned from the table projecting the full battle to watch the enemy MC-40’s nose dip as it lost power and succumbed to the gravity of Ragnath. A cheer went up from the bridge officers. Ric was conflicted, was this his victory to share in or just that of the clan? His history with the clan had been muddied and hearing the news of Dek’s death at the hands of The Republic of the Force left him wondering if perhaps...

“We’ve got new targets incoming,” Lt. Avon stated, returning to her crisp military tone. The bridge crew all snapped back to their stations as well. They could celebrate fully when the battle was done. Ric looked back at the battle projection and noticed the new targets had appeared. “Skipray blastboats, designating them resh and senth.”

Thank you to everyone who participated in the competitions over the past few years. I'm excited to bring this arc to a close with Scholae Palatinae.

For those of you who follow sports, we're going to be entering a rebuilding year. For those of you who have seen the prompts for the Great Jedi War XV in addition to the damage the Civil War has imparted upon us we now have a bunch of red crystal meanies tearing through what remains of Caelestis City.

For the back half of the year you'll see us focus competition on establishing our new headquarters, exploring more what the Houses are doing during this time, and how we interact with the other clans given the dishevel that's occurred.

In the interim, we've implemented our first phase of rebuilding by finally purchasing our ground and space installations. I had intentionally held off on doing this until after the Dark Times Saga so as not to influence or confuse any of the writings.

This focuses on Scholae Palatinae's fictional desire to become a refining, manufacturing, and repair power house. This will give the other clans an opportunity to leverage our services versus just relying upon the Dark Council. This also explores new, non-combat solely focused, avenues for our fiction writers who don't want to just 'blow things up'.

Below you'll see what's been purchased and where it's been placed. You can review for yourself under our clan possessions section of the main site. 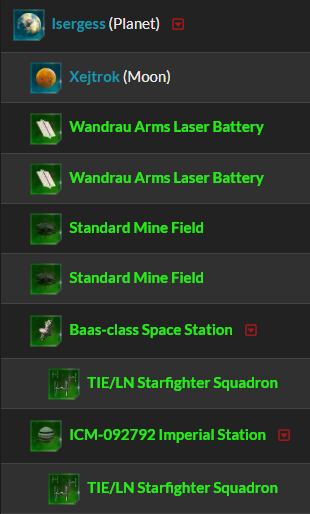 Isergess will house most of the mining activity that will occur within the system. 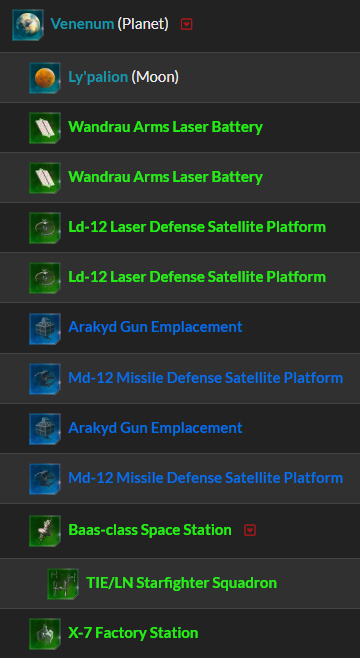 Venenum will function as the refinery and manufacturing center. 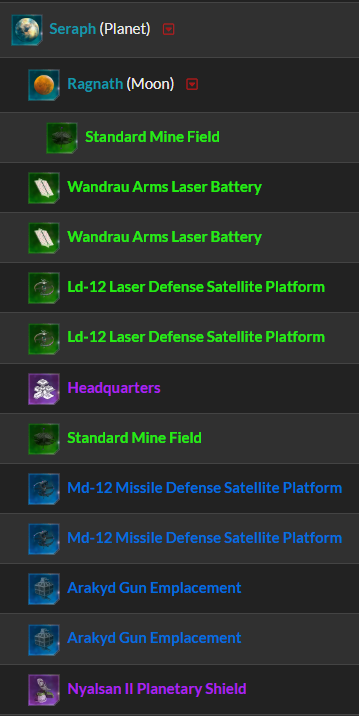 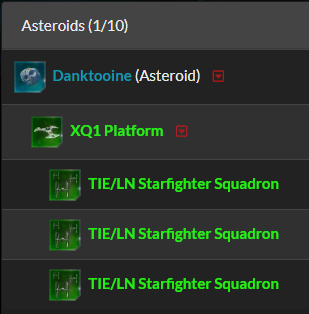 Seraph, Ragnath, and orbiting Danktooine contain a major hub of space activity with our X-7 Platform. While the specific of our new headquarters are not yet canonically created you'll see it's situated on Seraph and protected by a Planetary shield. 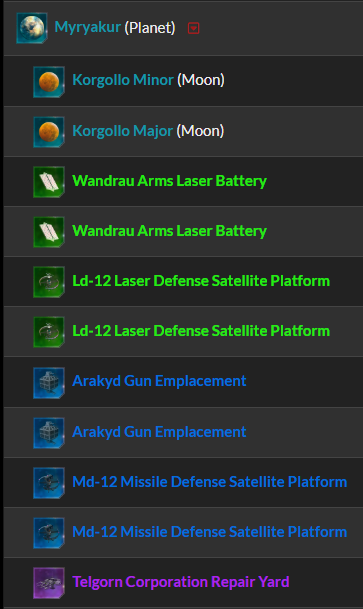 Myryakur contains our fleet repair yard and will be where Fleets 1, 2, and 3 are moored when not in use. This situates them in the outer edges of the system to be available to intercept incoming threats.

Balaerion as our further planet in system will house our Long Range Orbital Scanner to alert us to any incoming threats and prevent mercenary forces from ever invading deep into our system in the future.

As always, I want to thank Thran for his detailed work on the possession. His order forms are always filled out in the easiest to read formats. For those of you who read into the details as well, you'll notice that our TIE/LN has been reassigned to protection duties around our installations.

This is due to the great work you've all done and the additional credits you've been earning for the clan that have allowed us to upgrade our three fleets' First Order Light Cruisers to be equiped with Alpha-class Xg-1 Star Wing Squadron and TIE/HU Hunter Squadrons.

Until next time, good hunting in the Great Jedi War XV!!

As always, I have an "open door" policy, please DM me on Discord at any time.

Love how it all finally ended up! Glad I could be part of it :)