I wanted to take a moment to recognize all of you for your amazing performance this quarter. I saw heavy competition throughout the entire quarter involving every rank on the leaderboard. At the end many of you went on insane gaming streaks including a 30 hour streak of Fighter Squadron within the period of 2-3 days. It truly showed what gaming in the DJB is about: having fun. Gaming is one of the few areas that clan loyalties can fall to the side as you play with other members and develop bonds that last your entire DJB career. You can bet each person will represent their unit with pride during a vendetta, but during times of peace it’s nice to see you all at ease with one another.

The Force has awoken. A new generation's story is being told. However, what happened in the past cannot be forgotten. The Fist Staff is proud to provide you with an event involving several Star Wars games of the past. Competitions will range from single-player to PvP. This month we have an Empire at War single-player competition and a Jedi Academy bracket . Make sure you sign up before the website resets on January 7th to lock in a place. There will be several more events to come including a TIE Fighter competition.

One of our own magistrates, Mako/Sight , has taken it upon himself to start investigating a couple of different MOBAs. It came to his attention that the DB currently does not have one supported. This is by no means a promise that a MOBA will be supported, but he is creating a proposal and would like input from the members. He’s been looking at League of Legends and Heroes of the Storm so far since they’re extremely popular and free to play. We have created a simple form for basic feedback from you all. He also requests unbiased player data such as screenshots of the final score screen and verifiable data regarding play times. Please send any information to [Log in to view e-mail addresses]

The Republic of Yesteryear

During this first quarter we’ve also chosen to run an event to highlight The Old Republic which has seen a recent resurgence thanks to the Knights of the Fallen Empire. I’ve even subscribed again for a month to try out the storyline and I’m enjoying it myself about 4 or 5 chapters in so far. There are seven competitions involving every activity in ToR to this event. There will be two each month and one lasting the entire event. This month the competitions are Flashfest focusing solely on flashpoints and a competition focused on duels . The quarter long competition is focused on World Bosses . 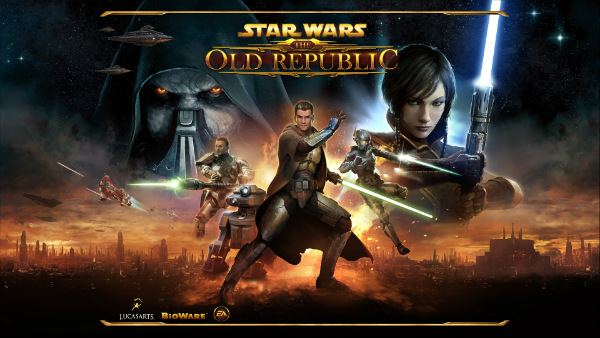 Here are some releases coming out in January.

Total Members vs Environment and Members vs Others activities reviewed and approved by FIST Staff:

Cause I will finish what you started. Cool saber effect, spoilers, etc. How do you gaming? You game your heart out

That's a good question. Generally the mistakes are common ones like using the wrong competition type. Crescent levels and stuff the MAA remands and not us...one thing I've only run into a couple times is trying to award clusters for unit mobile games. Cluster incentives are for the fist staff to offer and at our discretion to allow on other comps. We would like the incentives to only be used for DB wide competitions to ensure fairness for all. Also, make sure your wording is tight. There's a competition that says to send the coolest armor in. They meant the coolest armor in the Uprising mobile game, but the details weren't specific enough and they've been getting entries of random armor :P

Very good question. There isn't an official answer to this. It's come to our attention that a MOBA isn't supported. League of Legends and Heroes of the Storm are being looked at. Several upcoming releases are being tracked, but there's nothing specific to promise. However, there is a secret proposal that will hopefully increase options for members if approved

Probably only if they come back and keep that accessory

Favorite part about the job...I guess being able to continuously give our community things they enjoy and reward them for having fun and building friendships. I do some math, but not as much as you would in school. Mostly math is just checking competition submissions, adding statistics up, etc.

This is a good question. In the past there's been training nights for JA and other games. Some of the issues with it is finding a competent volunteer with the time to train people at a time that matches the trainee's schedule as well. I do think this is a good idea, but slightly hard. There are some guides on the Wiki and some helpful information on the Novitiate Hall exams too. I do like this idea though. Maybe a signup sheet would work

I promised Kaylesha that I would share some pictures she shared with me and discussed on one of my more recent news posts. Google recently released The Force Awakens Google Cardboards (and Verizon even gave some away free). It was supposed to be used with the Star Wars app to create a VR experience. There are some YouTube videos of people using them to view the actual VR experience called Jakku Spy. The one I looked at wasn’t the best quality and I didn’t finish watching it to see if there were spoilers. Check it out at your own risk. Check out the rather large pictures of her BB-8 Google Cardboard here .

Great update as always, thank the fist staff for everything they do! Keep it going!

Looking forward to hearing more about this mysterious new proposal.

At the end many of you went on insane gaming streaks including a 30 hour streak of Fighter Squadron within the period of 2-3 days.

I only played for seven or eight hours and that was enough for me. Thirty hours is nuts.

"At the end many of you went on insane gaming streaks including a 30 hour streak of Fighter Squadron within the period of 2-3 days."

Being part of the Insanity all i can say it was fun and a pleasure gaming without of new people. and Hats off to Warp for taking 1st place awesome job man you earned it!

Great job to everyone who placed or was close to placing top 9 this quarter. was a hell of a quarter, the most competitive and high scoring quarter we have had yet. Don't forget to go do the MOBA form listed above, We need your opinion.

I mentioned this in my response to the survey, but I decided to share/elaborate on it here too because I was able to actually sit down at my computer instead of typing by phone.

My concern with going with either League of Legends (LoL) or Heroes of the Storm (HotS) is that their complete roster of champions/characters is not available to the casual gamer who picks up the game and installs it today. LoL and HotS both offer rotating rosters of champions that are free for a limited time before they go behind a pay-wall until they are rotated back into the free slots (again for a limited time) before repeating the sequence. Granted, once you buy them once, you own them and can always play them, but just looking at the LoL site, that free roster is only 10 characters out of about 130. HotS's free roster is only 10 characters of roughly 50.

Some will argue that you can get past that by simply earning in-game credits to buy/unlock the characters; this is entirely true, but it also involves grinding at a game simply to unlock basic features that other players will pay to unlock. Which the characters are certainly balanced across the entire roster, there's no guarantee that the free characters you get will actually be effective counters against someone else's paid character. So some games for new players will simply turn into you getting stomped by players who just have paid to win in effect.

As I don't like to present complaints without at least a suggestion/solution, my preference for a MOBA is DotA2. Like LoL and HotS, it is free to download. Unlike those other two options, all players have access to every single character from day 1 of their installation. There are roughly 120 characters to choose from that are available without any real money nor any in-game currency in order to unlock. That's a huge factor in my preference for DotA2 over the other two options - it is truly free to play without any advantage of any sort for buying items/unlocks. The only thing that you get with money is skins to make the game look differently.

I know Mako (I think?) mentioned on Telegram that one thing that was a benefit for HotS is that it is linked to a Blizzard account and thus many DJBers have an account already. As a comment on that, DotA2 is run via Steam, which many DJBers also have accounts for, so that benefit becomes rather moot in my eyes.

And, because I don't want to sound like a Negative Nancy, I know Mako has been doing some digging for the FIST to research this, which I greatly appreciate. I'm not meaning to disparage or argue for one game over the other, since I'm well aware that LoL has a massive fan base, similar to DotA2's. There are die-hard fans of these three different MOBAs and I doubt I'll convince them to change to the other ones with this post! I've not played LoL, but have played HotS and DotA2 and enjoyed both, but my preference is definitely for DotA2 because of the character roster issues and the feeling like I have to pay/grind to get the full game available to me with HotS. My response here is because I know the goal of the FIST staff is to find a free game that everyone can play without putting out much (if any) of their real-world cash to support. In this matter, I really think that DotA is the best option.

Thanks for reading and considering - I'm certain errors will be noted and promptly corrected :P