Evening space cowboys. It’s time for another Herald report, this time with extra goodies. This one is a bit late. I blame RL and university exams, so bear with me.

“Not all treasure is silver and gold.” - Unknown

C’ree observed the ships being pulled in by the Matron’s tractor beam. Three Gallofree medium transports and an old Hammerhead corvette floated through the main hangar doors into the Matron’s starboard hangar, a good catch for such an easy raid. She had only hoped that they had had enough goods to satisfy the crew’s growing financial and material needs, not to mention corporeal. She rubbed her chin in thought as the ships landed one after another onto their pre-determined locations. The woman standing next to her — the Matron’s Zabrak quartermaster, Zahlia — looked over at the first mate with an inquisitive glare.

Mother don't cry for me, I done chose the life I lead

As before, let’s pull the rabbit out of the hat first. New items for your dossiers are here ;)

The Herald's staff hopes you enjoy the new goodies :D

Everyone loves surveys! Not really, but this one is necessary.

We've created a survey that you can fill in and, hopefully, influence what way future graphics in the Club move forward. We're looking for honest opinions, so type in anything you can think of that you consider important.

Sang asked: #asktheherald what goodies do you have for us this month?

Edgar asks: #AsktheHeral Are there any features or jobs the Herald staff do that cool that the membership rarely uses or knows about?

Yeah. Most people request custom lightsabers, but we rarely ever get good requests for custom blasters or other weapons in general. Mostly people either don't get that they can request as many changes to their blaster as they want. I.e. you could select one blaster model (or a combination of parts) and then tell us to add more junk onto it to make it look makeshift and rustic, or to add a nice glowing strip to it that makes it look very neon-sci-fi, etc. Hopefully, that will change very soon with the new request forms.

Mark asks: #AsktheHerald Not really a HRLD question, but how's Vorsa going to take to former enemies like Andrelious joining the Resistance in light of the loss of Karufr?

She's suspicious of other Clans, by nature. If you haven't earned her trust, you're likely not going to have a good time. However, she also realizes the difference between a minor evil and a greater one. Their ideals and plans will differ, since her mission is to preserve life, not revenge. So there's that.

And: #asktheherald Another fiction-y one. What do you enjoy most about writing a char on both sides?

I get to see both sides of the coin, I guess. Though, Morgan is far less interested in murdering undesirables as she is gaining bastardly amounts of wealth and influence in the underworld. :P

Xolarin asks: #AskTheHerald what's you average graphics request queue length? And is that a comfortable level for your team?

Usually a week or two, or more. Depends on more pressing projects. Graphics requests are the lowest priority items.

And: So what're some examples of higher priority? #noobcake

High priority are projects such as possessions. Items like Custom Lightsabers, Robes and Warbanners are high priority as well since they directly influence member experience. Apart from that, there are projects that become high priority over time, such as items we set for release every two months which become more pressing to finish as the release date approaches. Then there's the multitude of other responsibilities we have that usually involve paperwork, wiki, member retention and general errata. These things take up a lot of our work time as well.

Zujenia asks: #asktheherald How soon will we see Cluster of Graphite worked into the DJB system like the other clusters?

Hopefully sooner than I hope, but probably after Possessions finishes.

Ophelia asks: #asktheherald how will custom weapons be effected by possessions? Will we need to have the possession in question to have it customized and so on?

That system is still being worked on and will arrive in one of the later updates. It's likely that you'll have to buy the item and then choose the custom weapon as a particular skin.

Nero asks: #AskTheHerald IC, How does Morgan feel about her brother being among the Resistance?

They have a difference of opinion on a lot of things, but she's happy that he is where he is because that's where he needs to be.

And: #AskTheHerald Follow up question to the one you answered for Ophelia earlier. Would that remove the rank requirements for what you can have/display then if they go the route you mentioned?

The major restrictions would still remain in place. Possessions restrictions are pretty much based on existing rules. There will be some changes, obviously, but nothing drastic.

Tisto asks: #AskTheHerald What is the going rate for Swoop Bikes, and when will Tisto and Morgan have a swoop race.

Every report I will present an artist from various sites on the internet that do commission work. You can directly contact them through their contacts on these pages:

This time, it's: NemShiro who has already completed several commissions for me personally, and hopefully will do so for other members as well. Check out their devArt page for info and enjoy the art. 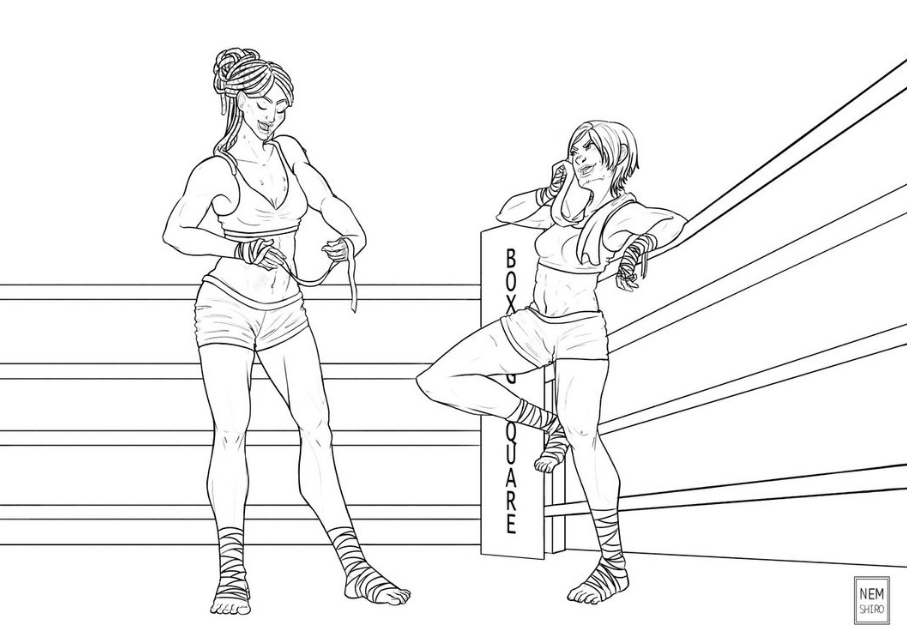 That’s it for now, folks. This is your friendly neighborhood Herald, signing out.

Wish more Elders would request them so I could see more!

Those are really really nice. All of it.

applied to face to report

Yes. All of this.

Lovely robes and rifles, interesting fiction, and as always, love for our art community.

Always glad to see a Herald report. Filled to the brim with great things. :D

So many new shinies! Will this lowly merc ever have the money to afford them all?!
Also yay for cameo appearance in the fiction! Huzzah! And I didn't even die this time!