Hello everyone, long time no report. This report was originally scheduled to drop earlier this month, but some of my staff were experiencing some weather related delays and so here we are. It's time for the Quarter 3 release (and some other administrative stuff).

It's been a while since I opened up applications for the staff, but I did want to formally acknowledge the new member that has been working with us for some time now in the person of Xen'Mordin. Xen has come aboard primarily in the entry level spot, working to keep things like the warbanner queue processing and to open up some availability for other staffers to work on the more complex requests. Or, in the time leading up to a release, content for the release. Xen has already done some great work in his new job, and it's nice to have another crafty veteran around to chase children off the lawn with.

So, some of the biggest Star Wars related news to come out of the summer was the announcement that The Clone Wars would be returning to a screen near you sometime in the future. As probably the second biggest Clone Wars fan on the Dark Council (Wally is still, after all, a thing), I knew what the theme would be for our next release almost immediately upon hearing the news. Even though we have some Clone Wars era content in our various selectors, some of the big name items had just never been added. But, that ends now…

Note: All of these items are available right now in the robe and weapon selectors

Pong Krell was one of the most distinctive characters to come out of the Clone Wars show, and his lightsaber was as distinctive as the Jedi who wielded it. The fallen Jedi general's saber has been added to our selectors in three different versions: a single saber available for JM4 and above, dual sabers for EQ2 and above, and a saber staff for EQ3 and above. Also, don't ask for dual staffs, Wally has already said no. 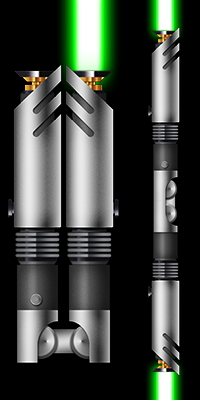 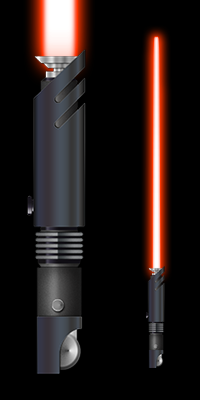 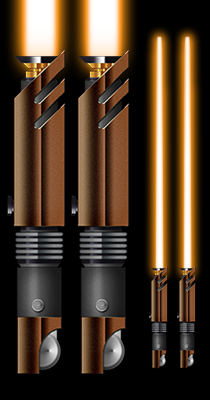 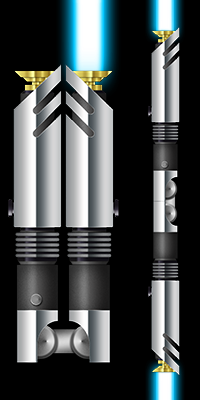 We've had the DC-15A rifle in our selector almost since day one, along with the pistols carried by many of the Clone officers. The iconic longarm of the Grand Army of the Republic, however, has been absent up until now. The rifle carried at the opening of the conflict is now available for all those ranked JM4 and above. 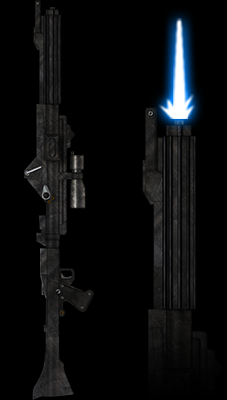 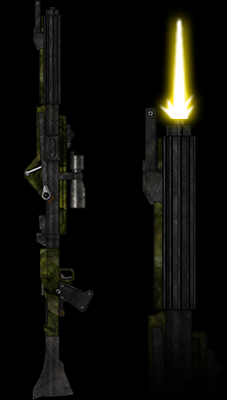 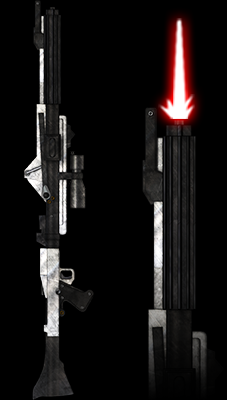 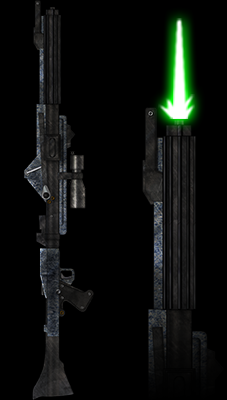 Appearing throughout the later seasons of the Clone Wars show (as well as Episode III I guess…), the Phase II Trooper Armor comes in several different unit patterns and all the colors of the rainbow. Represented are the 501st Legion, Coruscant Guard, the 41st Elite Corps, and the 212th Attack Battalion. It is available to any member at the rank of JM4 or above. 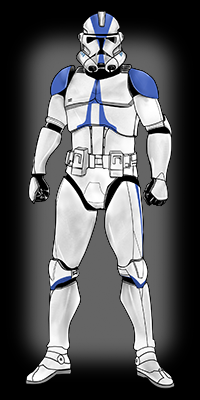 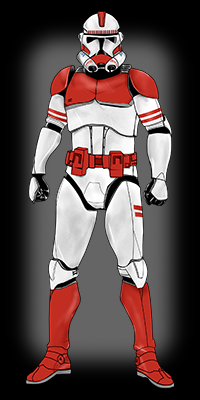 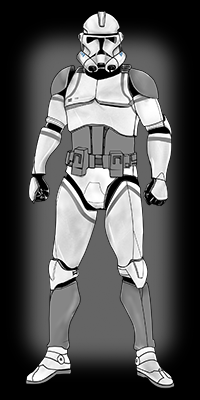 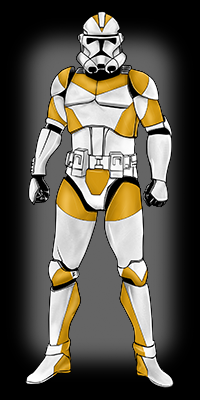 Made by: Maximus The armor of the elite ARC Troopers is also available in the selector to any ranked EQ1 or higher. This armor comes in several variations inspired by the various patterns sported by the ARC troopers that appeared throughout the series, but there is one unique variant: The hybrid Phase II armor worn by Captain Rex during the later stages of the conflict. 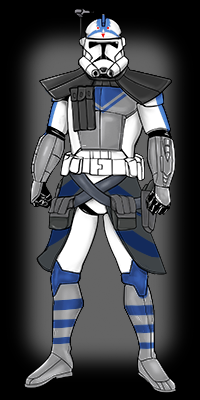 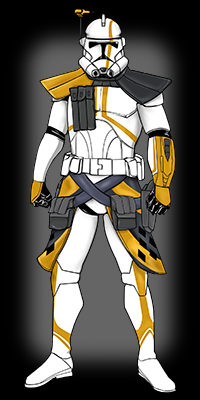 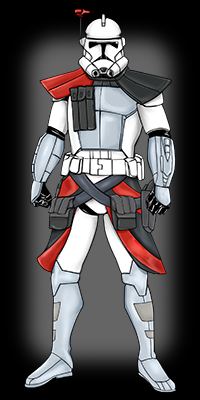 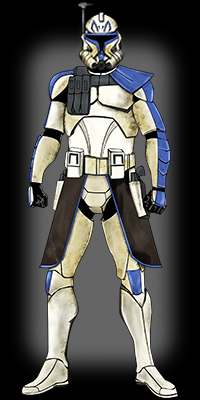 The two variations of the robes worn by Ahsoka Tano (along with a version combining elements of both) are available to all members ranking JM3 or higher. I figured I had to make them available at the JM3 rank, as it wouldn't be fitting to disallow those holding the rank of Padawan from wearing these fine threads. 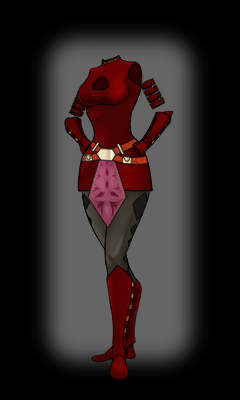 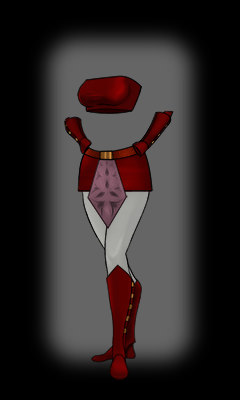 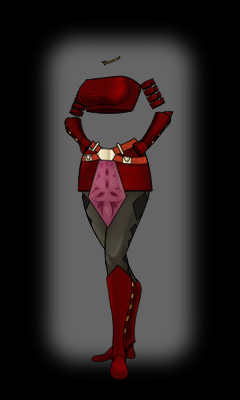 These robes were designed based on those worn by Jedi Master Shaak Ti in her appearances on the Clone Wars series (as well as some variations contained in concept art for the show). These robes are available for all members ranking EQ1 or above. 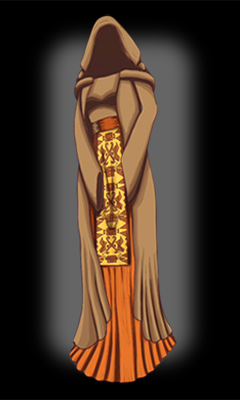 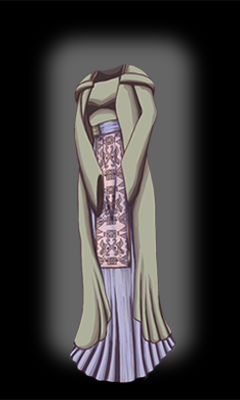 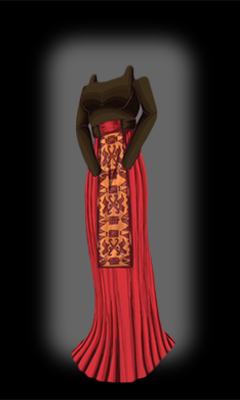 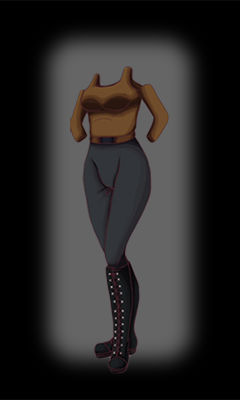 Excited to be working with such great people!

Also, congrats to Xen. I look forward to seeing the awesome stuff you bring to the table. :)

/me lip wobbles for custom requests

Also tho, that Clone trooper armor is giving me ALL OF THE FEELS. gOOD JOB, GUYS.