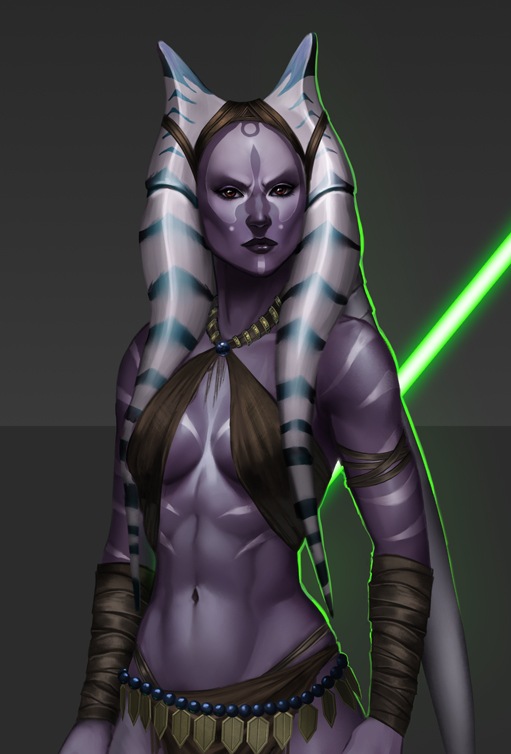 Apologies for the lack of an official Consul report last month. With the Tides of Change updates covering the majority of our Clan’s news, last month was our much-needed rest from the adrenaline rush of three back-to-back Clan-wide events to focus on the development of our Houses, Satele Shan and Hoth.

Also, you might have noticed that the artwork hasn’t changed from the last report. In an effort to introduce our Clan to our variety of unique characters, I have been looking at “featuring” artwork of characters in the Clan in each report. Should you have a piece of artwork you want to have featured, drop me an email with the image attached (or a link to it) and I might select it for next month’s report!

Of course, this time also marks our farewell to V’yr Vorsa as Odan-Urr’s Proconsul over these last few months. Vorsa has been a boon to this Clan since joining us, bringing with him novae-winning talent and a drive in leadership that hasn’t been rivalled. His beloved character became something of an icon here as our resident tree, and it saddens us to bid him farewell to Isengard (Or whatever the Dark Council’s fleet is called). Together, we managed to plan out and execute three events - Tales of New Tython: Lost Civilization, The Sentinel Network: Sanctuary, and Tides of Change. This was all a massive undertaking, and one that wouldn’t have been done without his hard work.

On a related note, the deadline for Proconsul applications has closed. After careful consideration, we decided that the best person for the task was Turel Sorenn. As a former member of Odan-Urr and Battle Team Leader of the Knights of Allusis, those who recall his leadership from the front lines are well aware of his qualifications suited for the position. I’ll admit that this was the most difficult situation we have faced as a Clan - finding the right person to fill Vorsa’s shoes was the hardest thing we could have imagined. A number of excellent ideas from other applications added to the challenge we faced of selecting a successor to Vorsa. Ultimately, we believe that with his experience in Arcona that Turel will bring a fresh outlook to his old home.

The recent hiatus in Clan-wide events has also allowed us to consider some changes for the near future, which we will work with our next Proconsul on implementing. First off, I have asked the leaders of Odan-Urr to construct their own reports of how well their units are functioning. This should help to ensure that our latest Proconsul has all the knowledge he needs at his fingertips to settle into his new position in our leadership.

Over the next few weeks, we plan on making several changes - including the authoring of our unwritten synopsis articles for Odan-Urr’s past events, and the authoring of the Dajorra-Yhi Concordat. In addition to this, we’re also looking at making adjustments to the Treaty of Menat Ombo to cover a wider range of specifics for the tribes involved. This is just the beginning, with a number of additional articles being scheduled for writing.

Along with this, our next major Clan-wide event will be entering the planning phase soon. This will be part of a new series entitled the “Grand Scheme”, and will be our single largest series of events running alongside Tales of New Tython and the Sentinel Network. Keep watch for more news related to this event!

Obviously, the times are a-changing with the long-awaited Possessions system looming over the horizon and ahead of schedule. Take a look back at the reports of Baxir Vol, Darth Pravus and Mav for some juicy teasers of what is in store. I’m personally excited to see this coming into view, and an already planning out my first purchases (regardless if those things will be available or not).

Along with this, our selections for Paths is sent into the Dark Council for review. While I’m going to make all of you wait to hear which paths we have selected, we’re aiming for something closer to Odan-Urr’s original purpose. Until then, we’ll be eagerly awaiting these adjustments as they roll out. Right now, we’re combing over the ranks for each Path with the Dark Council and the other unit leaders and it’s looking to be awesome. Keep watching the holonet for more information!

Lastly, both myself and Nathan have been caught up in helping Marick with Character Sheet 2.0 - a complete review and remodelling of the existing character sheets. With most of the work being done and pending review, we’re looking at a ton of adjustments to existing features and completely new ones being added in. This took several weeks to accomplish and dozens of pages worth of writing to go through. It’s been fun working with the Combat Master, and I can’t wait to see all of these adjustments make an appearance in the near future!

A shining beacon to the lost.

It was great to witness the brilliant minds behind House Satele Shan collaborate on their latest event, Compass of Reason: Conflict of Interest. It’s been a long time in planning, and caught my attention as one of the most thought-out stories we’ve had so far. Seher is a great example of an independent Harakoan civilization that isn’t bound to follow the Treaty of Menat Ombo, and it was a breath of fresh air to see our members so invested in making it as great as possible.

From what I have seen, the next event for House Satele Shan has a strong foundation and one of the most interesting stories I’ve seen - even surpassing all that we have seen of Seher. I’m eager to see this House flourish, and wish to see all of it’s members contribute however they can to see it succeed. Right now, I can’t spoil the plans that Mar Sûl and Seridan have for the next House events, so keep a watch out for it!

Seraphol and Revak have once again put their talents towards the writing of the House’s next event, being a continuation of the Butcher series. From what I have seen, there are plans to make this series something unprecedented in scale, and I look forward to its release. That being said - it’s up to our members to compete and show that the House is still kicking ass. Get those submissions out there and show that House Hoth lives up to its reputation!

One other mention is Liam Torun’s outstanding work so far as Battle Team Leader. There’s been a few competitions run recently that all seen a fair amount of participation. Coupled with his drive to produce content for the Knights of Allusis, those in the Battle Team are behemoths of activity. This is exactly what we would expect out of a Battle Team, and hope to see this trend continue throughout our Clan.

While we're undergoing some adjustments in preparation for the next event, we'll need all the support we can get moving forward. Feel free to introduce yourself to Turel Sorenn, our latest Proconsul and give him a warm welcome!

Welcome to back to the light side Turel!

Take care of him for us, guys. Funny that you all once said the same thing, but I mean it nonetheless. <3 Sista, Alora, and COU.

I find myself once again humbled and honored to be entrusted to fill V'yr's pot...I mean shoes (which I could never do). It feels like jumping onto a moving train, but that's a good thing. I look forward to serving Odan-Urr once again as we continue to break new ground as the first and only light side Clan.

I can't express my love for my Arconan brothers and sisters enough, who took me in as one of their own and never ever wavered in their support, even now as I leave them. I owe you all a debt I can never repay.

I... really want an image of Turel standing inside of a giant planting pot looking confused :P