Arden drew some small pleasure in Tren Coltar’s perplexed look, but all it elicited was a slight smirk from the Dread Lord. The Ettian kept a firm, but level, tone, and he didn’t raise his voice in the slightest.

The Inquisitor, ruddy-faced and dark-haired, still looked and sounded confused. “But if someone is orchestrating this, Arx could help.”

Arden didn’t change his expression in the slightest. “Arx will meddle, and I don’t need it. You go over my head on this, and the next time you leave my office, it won’t be through the door. Are we clear?”

Coltar gulped slightly as Arden glanced towards the window. “Very.”

“Good. Now get back to it. Fours will show you out.”

Arden gestured, and the door opened to reveal his personal security unit, KX-444. The hulking droid ushered the Corellian out just as Ronovi entered. The Wrath glanced at Coltar as he sidled by her and then looked over to Arden.

“What was all that about? Is he going to be a problem?”

Arden shook his head. “Not to me. Maybe to the cleaning and maintenance crews.”

Ronovi smirked in reply. “I see. He looked like you were going to defenestrate him. Are you sure that’s in the budget?”

Arden poured himself a drink as Ronovi spoke, and as he finished, he simply nodded. “Already have a line item for that. Anyway, I’m guessing you have a report from Morega.”

“Yeah, and it’s not much to go on,” Ronovi admitted, trying not to look frustrated but still giving herself away. “The suspect had begun exhibiting unusual signs of disobedience only hours before the incident. Hesitation at orders, unexpected body language. Morega pulled surveillance footage if you’d like to review it yourself, but the cause seems somewhat obvious.“

“The suspect’s conditioning had been compromised,” sighed Arden. “I’d come to the same conclusion, based on what I’ve seen. Is it still an isolated incident? “

“For the moment, yes,” Ronovi replied. “I’m making sure that’s being made clear to all relevant authorities, especially the ones calling this a revolt.”

Arden took a sip of brandy. “Agreed. This is far from a revolt at this point, and we need to keep it that way. Our first priority needs to be figuring out who is compromising our slaves’ conditioning, and how. Recover the suspect from D&D - I want a full autopsy. But do it quietly.“

“Understood,” said Ronovi. “Morega said there’s not much left, but we’ll let the lab geeks at him. Anything else?”

“Yes,” the Ettian answered, “but I think I need to contact someone real fast.”

Good day again my fellow Plagueians. We’ve had a pretty interesting July, but it’s coming to a close and it’s time to start looking at what’s coming up in the future. What is listed above is a snippet from the latest plot update to the Song of Discord. Plot updates like this are designed to move the story along as well as introduce some new elements into it. Go check out the full post to see where we’re headed and to perhaps see an appearance by everyone’s favorite Bothan NPC! It’s also worth noting that each month of the event we’ll be having a competition with the main goal of getting everyone Clusters of Ice for your hard work. For now, we’re just looking at word count, but we might spice things up in the future. So please, go post, ask questions, and generally have a good time with the story. While the RO is important, there’s something else coming down the pike very soon that is shaping up to be even more fun. I think you all know what that means… 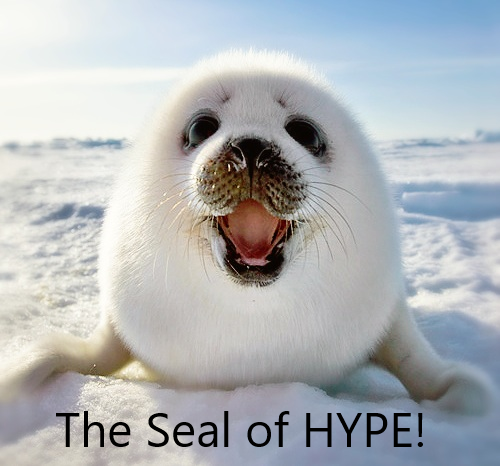 As was first teased in my last report and announced on the latest episode of the PlagCast , we have another installment in the always popular Pro Bowl series coming up very soon. We’ll have another post in a couple of days with the full details, but here’s some of the highlights.

** Team ARQ led by Raiju, Quejo, and myself

All in all, it’s shaping up to be an interesting event which should bring the three units closer together. It’s also worth pointing out to our newer members that events like the Pro Bowl, even more so than others, is a great chance to rack up a lot of activity towards promotions and medals. There will be a large number of rather easy to do competitions in this event, so go out and do them!

While I’ve done several Q&As where I’ve answered questions myself, I want to bring back something I tried once a while ago that was a twist on this tradition. Instead of fielding questions myself, I’ve decided that I’m going to have Arden field the questions this time.

I really don’t know how he gets me to do this stuff, I really don’t have the time. I do have a Clan as well as a personal financial empire to manage.

I know Arden, I get it, you’re busy, now humor these people for me.

Kelly Asks: How are the books looking?

That’s the wonders of having a privately held entity, I never have to share them. And since you brought it up, you need to submit your Budget Requisition forms in triplicate by CoB tomorrow, got it?

Ronovi Asks: Have you ever missed a shot? If so, why?

Is it really a miss if I never intended to kill them in the first place? Since the answer to that is obviously no, I haven’t missed since I was 12. My first rifle competition, it was on Malastare. Kriffing three eyed Gran are so distracting.

Kelly also asks: How do you find having your friendly neighborhood alcoholic badass Ronovi as your Proconsul?

It’s actually kind of expensive. Getting Whyren’s shipped to Aliso isn’t cheap you know. Otherwise I'm fine with it.

I don’t need luck, I have ammo. And money. And the Force.

Azmodius asks: What's the longest you've spent waiting for a target to be in position?

What’s with all the shooting related questions, sheesh. One would think one of you wants to get shot or something I wait as long as it takes to get the job done, sometimes days. Now, could you move about eighty centimeters to the left for me.

Silent asks: Are there any stuffed plush seals in your office? If so how many and which one is your favorite?

What’s a seal? I mean, I have this sweet stuffed bantha. Does that count? 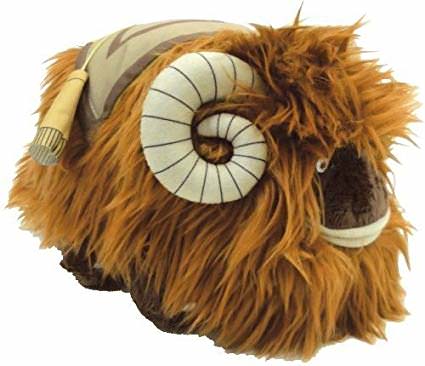 (Fun fact, I don’t actually have a seal plush either. Yet. )

Furios Asks: Who are we having a trade war with next?

The Collective, duh. They’re really killing us on trade. And other things. They’re killing us, hence, all kinds of war.

TuQ asks: Do you prefer a blaster sniper or projectile based sniper. What’s more satisfying to see hit a target?

Never could get a handle on slugthrowers. They just feel clunky, even the sophisticated ones. Nothing quite matches the face melting impact of a good blaster shot.

So another month down and summer is almost over. Woo hoo! Yeah, I know, a lot of people like summer because they can go outside and do stuff. Works quite the opposite for me living in the swampy south. I just can’t stand being out in this freaking heat and humidity. So I’ll just stay inside, do pro bowl things, shoot some boats, whatever. Today’s Moment of Zen was an accident. Was thinking about what I would use and this adorable video appeared in my facebook feed. It’s not a seal, but it’s close. I give you A Curious Manatee

The hype train has officially left the station at about 200 miles and hour!!

I identify as an amateur bowler, can I still take part?

As a two time Pro Bowl champion, good luck, everyone! The Pro Bowl is an amazing event and a great way to bring members from across Houses and other Clans together.

At least... I won something twice. I can't remember what exactly, now.

Anyway... popped back to login at work just because I saw this. :)