Greetings and felicitations to all of you art minded folks out there. I hope this (belated) new year report finds all of you well. Below you'll find announcements, staff openings, and some new dossier items that have actually been available in the selector for a bit now (stealthily). So, let's dive right in.

The new year is time for renewal and change, as it were. With that goal in mind, I've been looking to bring in new voices and new perspectives, essentially to prevent the sort of staleness that can develop when it's the same group of folks day in and day out.

As such, I made the decision to, essentially, "term limit" out the staff that's been doing the job for a year plus, both to bring in fresh voices but also to offer a bit of a reprieve from the ongoing workload that the Herald staffers operate under. As a result, we'll be saying goodbye to both Kris and Landon.. I do, however, want to thank both of them for their service to the Brotherhood's members, Herald office, and myself. I've come to rely on both Landon and Kris for the work that they've done. This change has also meant some staff openings, the first of which is of course Praetor. I've decided to move the artist formerly known as Xen'mordin into that position, so everyone give him a hearty congrats since he's now been shackled to an even larger grinding wheel. Additionally, there are now two Magistrate positions that are vacant, so keep reading if you're interested.

In addition, I've been critically examining the office of the Herald and what it should be aiming to do, and prioritizing. The biggest area of opportunity for me and the staff is to expand into the realm of regular competitive offerings, such as those you would see from the Fist and Voice. Just like gaming and fiction the Brotherhood has a graphics society that offers advancement, but unlike those two areas, there have been fewer opportunities for advancement in that society provided at the institutional level. Xen and I will be working together to create an ongoing graphics competitive model, so that we can offer the same sort of club wide opportunities for members to both advance their society progress as well as develop their skills as is seen with other activity areas.

So, now that there are two Herald Magistrate positions open, it's time to open up applications. These applications will run from now until end of site day on Monday February 4th, 2019. Applicants should send their application via email with the subject "Magistrate Application", and send them to both myself and Xen.

Applicants should be able to meet the following qualifications::

Both of these positions will be all around positions, working on everything from warbanners, robes, weapons, and report graphic requests.

As the eagle eyed amongst you have probably guessed by now, each of the quarterly releases from the Herald's office has revolved around a theme. First there was Solo: A Star Wars Story themed items followed by Clone Wars themed goods. For our current release, I decided to allow the staff a bit of creative freedom within the confines of a Retro Sci Fi (or Sci Fi adjacent) theme. I allowed each staffer to submit items from their cult or retro science fiction property of choice, and the results generated are available below.

Note: All of these items are available right now in the robe, weapon, and accessory selectors

Our first entry is in fact a canon Star Wars weapon that showed up wielded by Black Sun troops in the Clone Wars series. However, that weapon was itself inspired by the lasers that appeared in the 1979 Disney film The Black Hole (a seriously underrated science fiction movie). 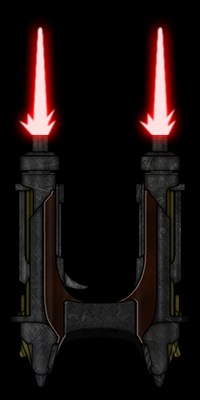 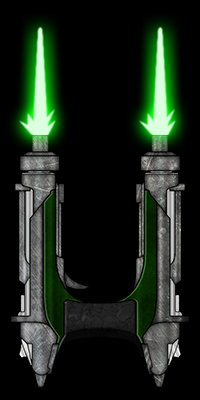 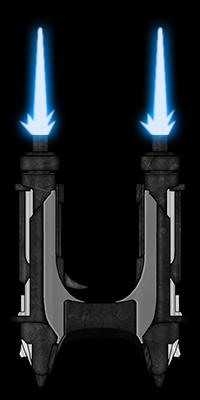 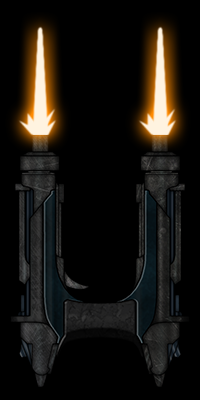 This weapon is, in the words of Ruby Rhod, super green. This weapon is based on that wielded by Bruce Willis's character in the 1997 film The Fifth Element. 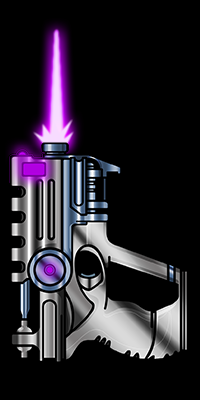 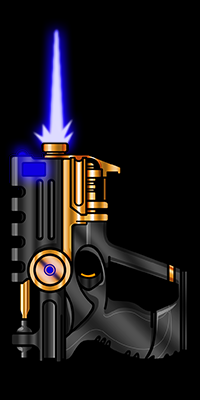 David Lynch's 1984 Dune film is one that often suffers in comparison to the later SciFi channel mini series, remember mostly for the fact that Sting played one of the characters (Also, a pre-Star Trek Patrick Stewart ). It did, however, have some fun uniforms for the members of House Atreides. Moro has translated them into both male and female versions, now available in the selector to offer something (slightly) less imperial for those wanting that military look. Remember, the spice must flow... 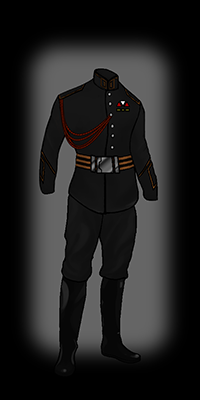 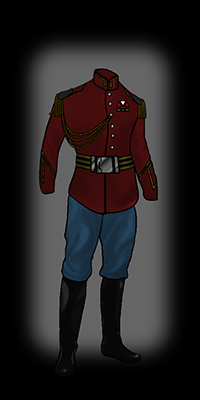 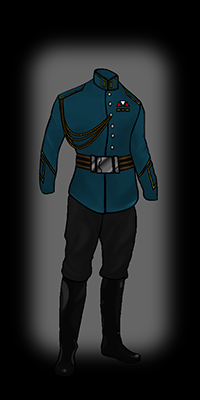 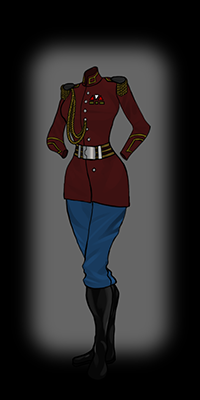 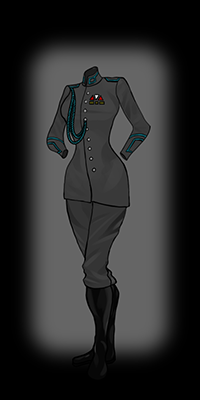 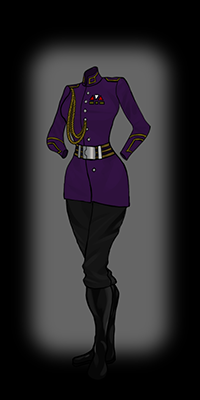 This item is, technologically, based on the weapon detector technology that appeared in, amongst other places, the Clone Wars show. This particular model, however, shares a common design and appearance to another type of detector of another sort. Sadly, the dossier version does not allow for the detection of any Psychokinetic Energy. 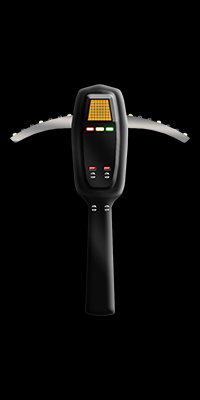 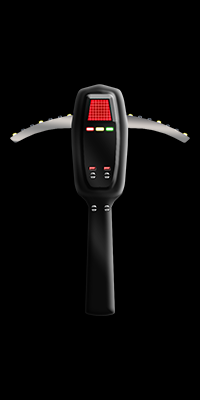 We already have a few jet/rocket packs available in the selector, but both of them leave the user looking a bit more Fett-esque than perhaps some members would like. Within the selector you can now find another rocket pack inspired by the (again, underrated) 1991 Disney classic The Rocketeer. You can even wear this while fighting stormtroopers just like the original! 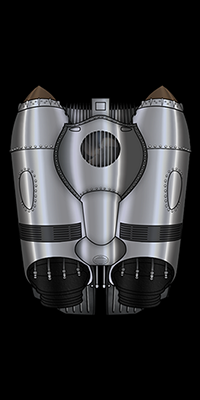 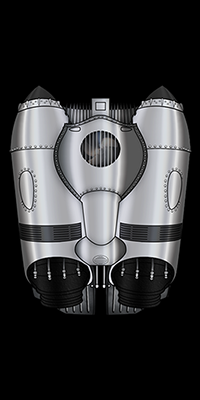 A very nice quarterly slew of graphical goodness. Gratz, Xen and I look forward to seeing these future developments in graphics comps. :D

Super pumped for whats on the horizon here.

I*really*love the variation in these designs and the borrowing aspect, and would love to see it again. Great move!

Thanks to Kris and Landon for the hours of hard work you've put in, and congrats to Xen on the promotion. The new items look great, as always.

I love that you’re designing dossier items based on non-Star Wars material. For the “rocketeer” pack, make sure you have an ample amount of gum on hand.