This was the news that was bound to break the internet, and I’m pretty sure, it came pretty darned close. I’ve never seen StarWars.com ever respond so slowly as I did when I tried to go to the site to see if this, this one thing could be the truth, or if I was just being teased. 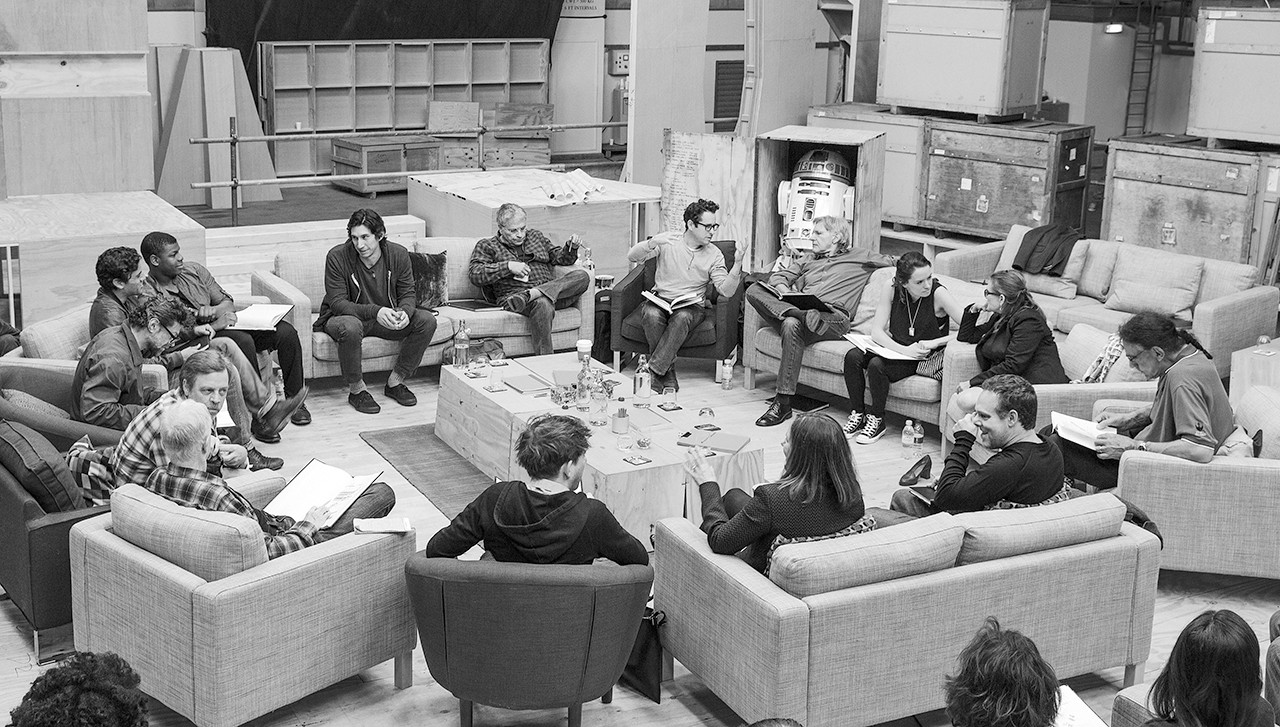 So thats Luke, Han, Leia, C3PO, Chewie and R2 all coming back. Maybe we’ll get a Lando cameo, but who knows.

Rumours had abounded today that there would be a first reading of the script... and now... well now we know it's happening.

Did this just get a bit more real for everyone else? I'm all tingly.

Edit: Added IMDB Links to the new cast names, since I assume we're all looking :P

Mmm, Max von Sydow. Will they be making Ming the Merciless into a Sith? Gee, I hope so.

So Chewie isn't dead. It'll take getting used to, but that also means that they're completely skipping the Vong era. So that's good. :P

Or he's a clone. Or a cylon. Or flashbacks?

Or....they're completely messing with it and not following any sort of book story-line.

Woo, Gollum! Now to figure out who's playing what

Darth Smeagol, he has a Xena-ish circle thing that's actually a lightsaber blade that he calls precious.

Chewie died in the Legends Universe around 25 ABY, so thats like 21 ABY. I think we just have to accept it, the EU that we know? Dead and buried. Time for a brave new world.

Even with the imdb links I still have no idea who most of those people are :P

Malik, if you don't know Max von Sydow, you fail at life :P

It's a shame the rest of Karen Gillan wasn't cast. :P

And I know who Max von Sydow is, it's more the majority of the other names. :P

This is great as a move for Mark Hamill. He's been doing the Joker as voice acting for a while now. And wonderfully, not just a wash out type, he's as identified as the Joker as with Luke,

But he retired that part from various media and is moving back to what got him started. I can see this is going in a good direction with the mixing of the "old" characters and the new giving the connection to the past in a way that the new trilogy IMHO failed and failed backwards. Sure a lot can go wrong but even just on the technical level this can go somewhere great. I'm more of a fan of the literature and reading the wookiepedia to learn what I can't read.

But this is something that I am actually excited for. Not camp out level but one of the few things that once details get solid I'll be following it like I do my favorite things.

But, who's playing Jar Jar?

Duh, that one's easy. Andy Serkis will obviously be filming all the motion stuff so they can do a CGI Jar Jar. :P

I liked the vong era. It totally blew the republic and empire apart and took many deaths and epic force powers and knowledge to beat them. Was.a shot in the arm from the same old jedi/sith battles

The Vong era is what turned me off Star Wars books, so I'm actually looking forward to this reboot.

Too much stupid stuff was introduced in the Vong books, so them not being considered canon is fine with me.

He is a swedish actor and has played in many movies (international as also Swedish / German ones):

He is an amazing character actor!

Comments about him on IMDB: "Get this man the Honorary OSCAR!" - "The Oscar isn't worthy of having such a great actor and artist." "Should've been Dumbledore..." "Does he ever age?"

And yes.. he was also in Flash Gordon (groan). That movie is just soo bad.. it is close being good again. :/

Now I am much more interested in watching the new movies since Max von Sydow is on the casting list.

The Vong were one of the most interesting and well-developed cultures the EU ever introduced. The New Jedi Order arc was way too long and the surprise ending was weak. Multiplicity of interpretations on the nature of the Force don't bother me. Ultimate explanation of the Vong's relationship to the Force? Wasn't a fan.

The real crime of the NJO: Allowing Jacen Solo to live.

Looking forward to what the new films bring.

I have some more info on all this guys I just have to write it up look for news on this topic soon.

Good cast there. I won't get excited yet, but I'll raise my hopes a touch.