Great. Just what we need. A female Jedi running away from a Rancor in heels.

I agree with Alaris here. Not sure what good Trevorrow will do here. His approach on Jurassic World left mouths gaping but only for the technology and animations, not particularly the story. So i'm hesitant about this.

Story falls more on the writing. I've read that Rian Johnson may be writing/directing 8 and helping write 9, so that'd be great. I think Jurassic World proves CT can direct (i.e. manage) a big budget studio blockbuster. Which is what Star Wars is.

Looks like we've also got our first official poster for The Force Awakens: 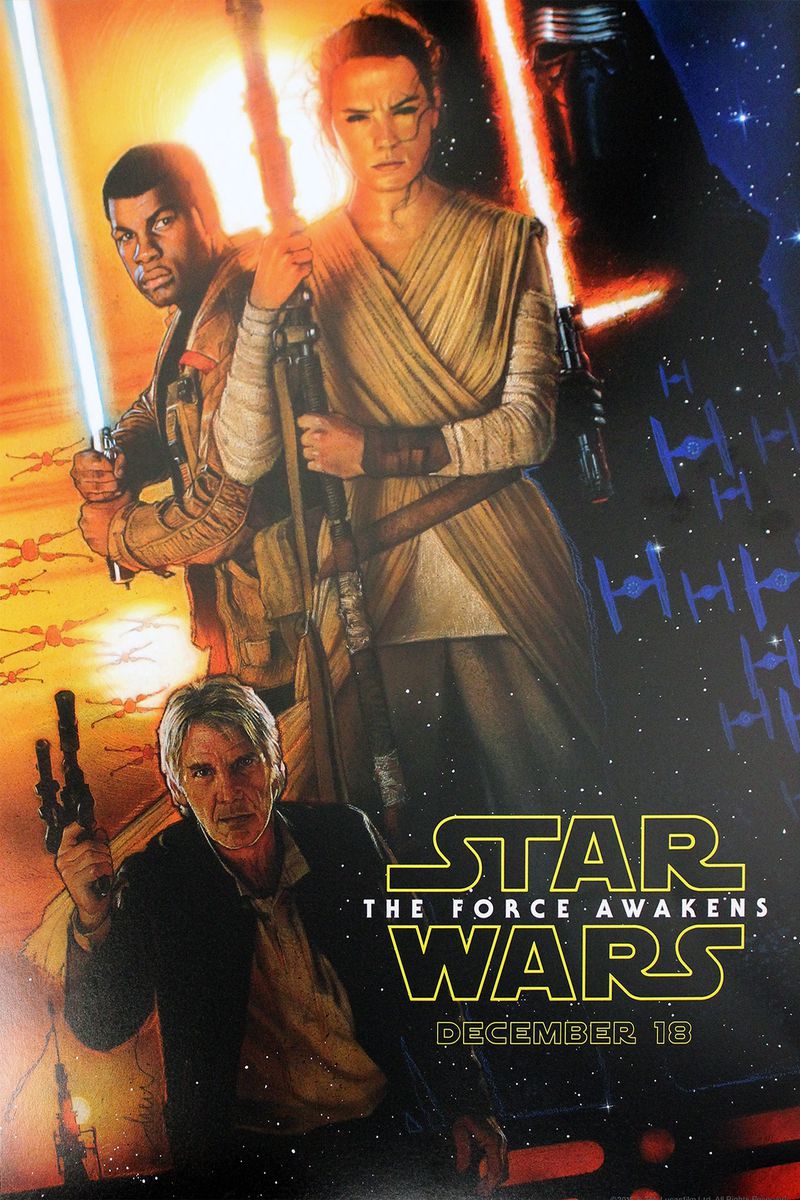 This morning EA Star Wars announced there's going to be some Battlefront announcements coming today, in about 2 hours (2pm EST) via their Twitter Account. Some Live Tweeting planned.

I read ea has discarded the single campaign mode on Battlefront