Star Wars Rebels - "The Machine in the Ghost"

Star Wars Rebels - "The Machine in the Ghost" 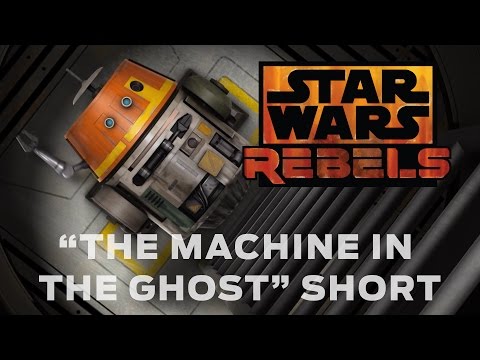 Yesterday, Disney/Lucas released a new, 3-minute animation short for the upcoming Star Wars: Rebels television show. It looks like they're doing a great job of recreating the atmosphere and dialogue from the Original Trilogy and the characters, effects, and music all seem like classic Star Wars. For us fans of the OT, this should be a show to look forward to.

As per Youtube: In “The Machine in the Ghost,” a special Star Wars Rebels short, the rebels’ Ghost starship is under attack by a wave of TIE fighters. Hera pilots the craft, while Kanan tries to blast the Imperials from the Ghost’s gunner. While they do evade and shoot down several TIEs, it’s up to astromech droid Chopper to finish the job – even if he’s reluctant to do so.

Can't wait for this. Never been so excited for a cartoon, haha

I'm loving this more and more!

I was this excited about a cartoon once... it was Mav and the Whores, the modern reboot of Jem and the Holograms. It didn't live up to the hype.

That sounds like a whorible cartoon...but this Rebels one is looking pretty fancy

I don't know why, but that actually makes me very happy lol

I want a Chopper so badly!

Wow this was actually entertaining. The Star Wars humor is there but it doesnt feel forced like they tried to do with Clone Wars. I'm still not getting my hopes up so I'll give it a meh.