Looks like there is no end to the Star Wars Rebels news coming out lately. Meet the latest character to be announced and have it's own introduction video: Zeb, the Muscle. 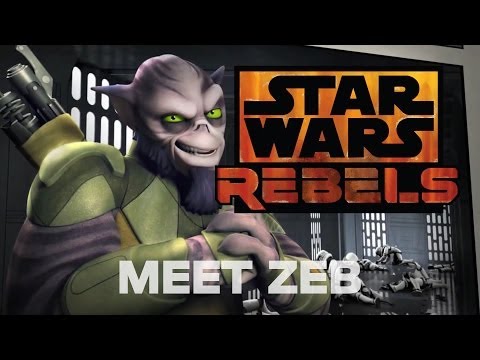 He reminds me a lot of the original Ralph McQuarrie concept art of Chewbacca (which I think of lot of Rebels takes inspiration from.)

I guess it's time for me to finally watch the Clone Wars before Rebels airs?

Thanks go to Rebels Report for being the first place I saw this news.

Good call on the McQuarrie art. Never even considered that when I saw it... I thought he was kinda bothany

Very cool characters all around. Let's get a proper trailer and some dates!