The Clone Wars - The Lost Missions

The Clone Wars - The Lost Missions 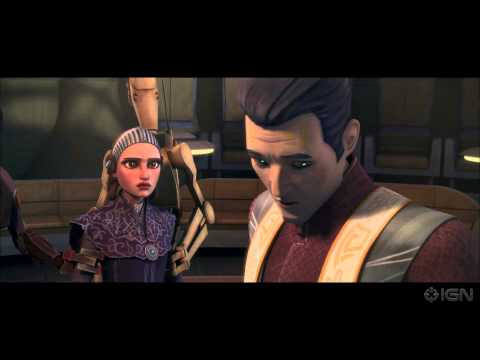 Here's a trailer for the last season of The Clone Wars animated series. As most of you know, the series was ended prematurely after season five when Disney bought the rights to Star Wars in 2012. But, before the deal went through, the team had already produced a number of episodes for what would have been the sixth season.

Based on the trailer, it seems like they're connecting the dots between the series and Episode III. Some notable points: Qui-Gon Jinn makes a return. Yoda visits Dagobah AND Korriban. More background information on Order 66 and the origins of the clones. And a lot of badass Jedi action.

It looks like The Lost Missions will be a satisfying conclusion to a great Star Wars series. If you haven't given the show a chance yet, you should definitely watch a few episodes. It's easily one of the best depictions of Star Wars since the original trilogy.

If that is actually Liam Neeson voicing the character, this is a straight up win.

Finally! Very excited about these episodes, especially since it seems like we'll see a lot of non-Anakin/ObiWan action

OH HELL YES! I just started - and finished the entire series a few weeks ago. Definitely gained my fill of Star Wars since the prequels. Can't wait see the next episodes, I'm curious to see where Qui-gon appears and what becomes of Ahsoka.

Yoda visits Dagobah? LOL... Oh my god, that's hilarious... after all the anally minded literal completionist &^%&^ that Leeland did a few years ago, insisting there was no way, at all, absolutely no chance, impossible for Yoda to have ever stepped foot on Dagobah before ROTS because of one tiny little line in one of the draft scripts... and now this... haha... classic.

I hope Disney continue in this vibe.

NOOOOO Rex dies!!!!! I know that is his body in the casket. Cannot wait to see the conclusion. This looks awesome tho, I was hoping they wouldn't just have 3 or 4 episodes to close the series, so I am glad they are doing 13 episodes to connect the dots. Can't wait for SW: Rebels!