The Legacy of Palpatine

The Legacy of Palpatine 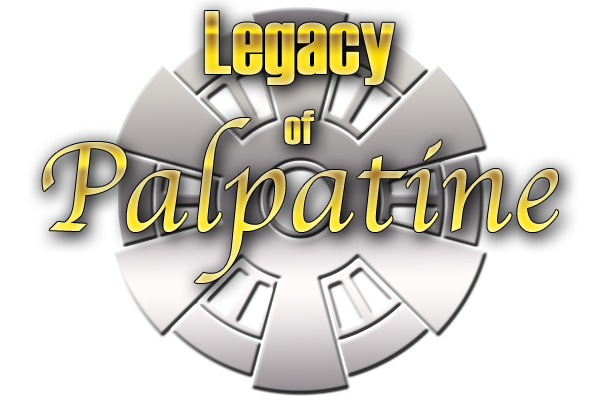 “Yes I know it isn’t a Star Destroyer, but we don’t exactly have many places this meeting can take place do we?” Xen retorted.

Sitting around the table were the only confirmed living Palpatines, the only ones left to watch over the legacy. Their numbers continued to dwindle, so many had disappeared through time and space. On the table there was a collection of folders. One for each member of the clan. This was no normal intel on the members, this was information only collected and reviewed by the Palpatines. When this meeting ended, the hard copies would be incinerated, and digital backups re-encrypted and stored in an undisclosed location.

“Not anymore at least,” Natth muttered under his breath.

“Which is one of the reasons this meeting needed to happen immediately,” Elincia said. Even here she maintained the continual effort of her disguise. The others nodded in agreement. Even now they risked the mission, everyone of them collected in a single place, deep in the void of space.

“It also needs to happen quickly. I can’t be unaccounted for, for too long,” Evant said picking up one of the folders. The Regent began to thumb through it.

The minutes turned into hours. The pile of information slowly shrunk. Names crossed off the list of potentials individuals who had shown the tenacity required to join their ranks, needed to truly live the legacy of Palpatine, and to ensure the mission’s continued development. The list grew short, and the Palpatines became silent contemplating their options.

“Can I make a radical suggestion,” Kell finally said after several minutes of silence.

“Well… Thran isn’t here so I imagine whatever it is will be fairly tame compared to what we are used to,” Dakari said.

“These individuals,” Dante said, pulling out several folders. They all have shown the dedication and efforts we need. Our numbers are thin. They all are worthy, so give it to them. Show the clan the Palpatines still watch. That the legacy has not been forgotten or abandoned.“

One by one the Palpatines nodded their head in agreement.

Medical Droid GH-764 “Sticks” moved with a calm purpose. It had been the first time in weeks one of the many organics on the station had actually needed his service. The ship had docked minutes ago, and the human male had been brought in immediately to the nearest medical station. Sticks clacked his fingers together, testing each of the long needles he had prepared.

“Thats a pretty big needle there…” Lucyeth said, eyeing the droid. He had eaten some exotic foods while out on excursion. His body had reacted poorly.

“Do we need that needle? I mean you have a sample. I really think I’m over the worst of it,” Lucyeth continued, trying to push himself away from the bed. His legs were still strapped to it however. He quickly tried to undo the clasp. Then came the sharp pain of a needle being stabbed into his neck.

“There there. No pain, only sleep,” Sticks said softly as he injected the tranquilizer into the Battlelord’s neck. Lucyeth fell back unconscious as Lexiconus strode by.

“Where is that damn girl these need to be refrigerated not room temperature! … Sticks have you seen Heathe-...” The Quarren trailed off as he assessed the situation. Lucyeth was half off the bed, tied legs leaving him hanging of the side.

“What is wrong with him?” Lexic asked.

“Same thing as you,” Nurse Heather said from behind the Quaestor, easing a needle into the Seer’s neck. Before he could react, the world went black, and he fell to the floor.

Koryn Thraagus and Jorm Na’trej said at the bar covered in mud.

“Well… at least they have bars here,” Jorm said taking a long drink. Koryn sat silent and wide eyed, he hadn’t ordered a drink. Their ventures into further investigating the local inhabitants had gone poorly, and now they were left waiting for the others who had come to the planet to join them.

“That makes thirteen out of thirteen. Every single one of these has ended in disaster,” Koryn finally said.

“You know what the common factor is there right? It’s you,” Jorm said, motioning to the bartender to send over another drink. The bartender moved quickly and placed it in front of the Kiffar.

“We should just park our ships in orbit and say everything's now ours. This searching is poin-” Koryn cut off. He reached up and pulled a dart from his neck. Jorm looked over to inspect it while taking another long drink.

“Wha?” Koryn managed to say before falling out of his seat and to the ground. Jorm attempted to jump up and over the bar for cover from whom ever had tranquilized Koryn. The drugs that had been placed in his drink kicked in mid vault, leading to him landing on the bar top, and rolling off of it to the ground behind it.

The four men awoke to smelling salts being held under their noses. To them the world was black, for hoods were still draped over their heads. Each struggled and groaned attempting to break free of their restraints and groaned, unable to speak over the gags in their mouths.

All four hoods were pulled of simultaneously. They all blinked hard and attempted to register where they were. The Throne Room was dimly lit and before them stood seven cloaked and hooded individuals, who one by one slowly revealed themselves.

The men stopped squirming and the gags were undone. They remained silent.

“You’ll have to excuse some of the theatricality in bringing you here. Our normal venue is rubble and dust and well… we didn’t want to raise questions from others,” Kell said to the group. They remained silent. Slowly Xen’Mordin Palpatine stepped forward, holding a long staff.

“I trust you all are observant and intelligent enough to recognize who stands before you today. And hopefully are cognitive enough to realize what you being here means. The Legacy of Palpatine is one of our clan’s most important facets. And we are very much in need of bolstering our numbers,” Xen said dramatically, twirling the staff around. He threw it to the ground in front of the bound men.

“You four have been found to have that potential we require. Regrettably. We can only take one. So which ever one of you is left alive will join us,” Xen said with a grin. Immediately all four began to struggle once more against their restraints. The staff wobbled in place as four different sets of telekinetic power attempted to claim it. Jorm managed to get his feet under him and lunged to the left knocking over the other three candidates.

Xen’s voice rang clearly in their head. They stopped squirming to see Xen, and the others doubled over with laughter.

“You karking motherfw-,” Jorm said. The others had their own iteration of swearing. Several of the Palpatines walked over to help the four men to their feet, and remove their restraints.

“That wasn’t funny!” Lexic protested rubbing his wrists. Xen’Mordin continued to giggle while everyone was placed back in line. The Palpatines all returned to their own places.

“You four have been brought before us to stand as a potential member of this family. You will be sent through the trials of acceptance, and if you are found worthy, will henceforth bear the name Palpatine, recognized by all as a worthy holder of his Legacy!” Kell Dante said with authority.

“Do you, Lexiconus Qor, accept the charge to Serve, Protect, and Defend the Empire?” the Palpatines asked in unison. Lexiconus swallowed hard.

“Do you, Lucyeth, accept the charge to Serve, Protect, and Defend the Empire?” the Palpatines asked in harmony. Lucyeth stepped forward nodding.

““Do you, Jorm Na’trej, accept the charge to Serve, Protect, and Defend the Empire?” the Palpatines asked together. Jorm paused a moment.

“I do,” he said after allowing a dramatic enough moment of silence.

““Do you, Koryn Thraagus, accept the charge to Serve, Protect, and Defend the Empire?” the Palpatines asked one final time.

Each of the Palpatines threw off their cloaks completely, and pulled up their lightsabers. The room erupted into multi colored light. Yellow, Red, Purple all buzzed with life.

The lights of the Throne room had been brought back up to their standard brightness. Everyone was coated in sweat. The trial was done. “Now the fun starts,” Xen said, clapping his hands. A team of droids quickly ushered in a massive round table, and began to place the settings for a feast. The Palpatines were now four stronger.

It has been a year since we formally a new Legacy of Palpatine. The awarding of a clan title is something the Palpatines keep an eye on year round, and periodically wake up enough to discuss in further detail. After a lot of deliberation we narrowed the list down to a small pool. With the low numbers of active Palpatines on the roster, and the merit of the individuals on the short list, that there was no way for us to isolate only one or two over the others.

As such, I am honored to announce that Lexiconus Qor, Lucyeth, Koryn Thraagus and, Jorm Na’trejhave been named as Palpatines, and recognized for their efforts in the clan, as having lived up to the Legacy of Palpatine.

Lexiconus Qor has been serving as Imperium QUA for quite a while now. His time at the helm continues to bring great activity to the house, and his own inputs on clan dealings have been tremendous. Day in and day out he has worked for the betterment of the clan and all her members.

Lucyeth is a former QUA in Excidium, and powerhouse of activity. Incredibly easy to work with, and constantly around for his members, Lucyeth helped take the strong foundation of Excidium and push it even further.

Koryn Thraagus the first QUA of Excidium was instrumental in getting the house up in running and ensuring its had that strong base needed to survive. Before that he had also served as House Scholae Palatinae’s Rollmaster for a long period of time, and had been at the front lines through many of our hardest moments as a unit.

Jorm Na’trej has shown all members what impact you can have, without having a leadership position on your ID line. Consistently active, relentlessly passionate, involved in so much around the clan, and especially House Excidium, Jorm has been a super star member all around.

All in all, all four of these guys have been awesome rockstars, and left a huge impact on the clan. Congratulations guys and welcome to the family!

Woop woop! Congratulations guys! :D So proud of every single one of you. :D

Congrats to all Clan Title holders!!

You all definitely deserve it :)

Congrats to you guys!