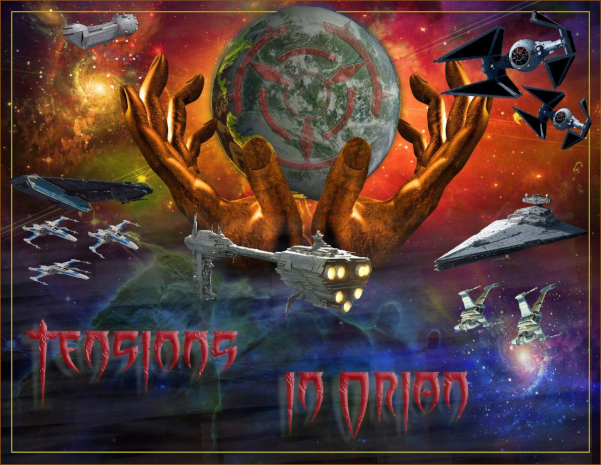 "Alright, so the system looks like it is going to need a full reboot." The Gamorrean engineer turned to face the regular crew members on the shift. She jerked a finger back at the terminal. "If you divert operations to the central control hub, you should be able to complete maintenance and reconnect to the server by morning."

"That sounds wonderful." Though the Bothan had been somewhere behind Uglil the entire time, she could easily identify the shift worker who had been complaining so loudly before. By contrast, he was smiling now. "We will take a quick meal break before we start diverting operations. If that is alright, mam." The Bothan punctuated his question with the last word to the point where the supervisor was not sure if it was mocking or genuine.

Picking up her toolbag, Uglil Glonnka gave a smile. "That sounds nice. I think I will join you before I take off to inspect the relay network. Without a bite, it is going to be a much longer night." The smile dropped from her voice as a flash of light caught her eye. At first, she thought she had imagined it. Then a red light flashed again from below the worktable, prompting her to bend down. It looked like a box, like the one she kept in her own work toolbag.

"Did one of you leave your lunchbox over here?" The engineer raised the box, and started to turn it about in her hands. That was when she saw the datapad. She stared for almost two moments as her mind considered the possibilities. A large numeral flashed on the display, replaced by another. The device was counting down.

Did that get you excited? Well, you can read the rest of the fiction here.

Disturbances across the Orian system are further pushing the hand of the Overlord, the Orian Empire and the Clan. Instead of civil disturbances, it appears that attacks are being made on the infastructure of the Orian system. Given the movements that have already been detected on the surface of Sepros, the time has come for action. Given the intel provided, the Clan must attempt to flush out undesired elements originating from Naga Sadow's capital world.

What exactly happens next? Well, the aftermath is largely dependent on 0what you Sadowans bring to the table in this mini-event.

Tensions in the Orian Empire is a now-ongoing three week mini-event. You can find the container competition here.

I hope that you all will enjoy what we have cooked up for you. It is a small part of things we have planned to come, and we hope to see many taking part. Also of interest, you may see a few additional competitions dropped in during the course of the event to reflect 'unexpected developments'.

I Remain, As Ever Yours In Darkness,

Sounds good let's get on it!