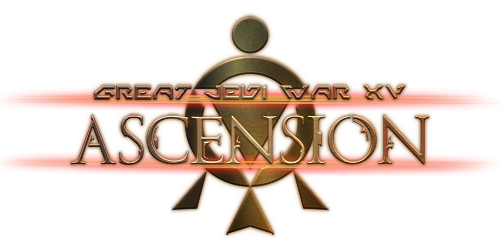 “They are a determined lot, aren’t they?”

The haunting, entangled voices of The Father and The Harbinger echoed through the room. It was followed by a scream from down the hall.

Harbinger’s body made several overly robotic steps toward one of the terminals. It was an imperfect connection, one The Father hoped to have rectified shortly. He tapped at the display, a little too hard, cracking the screen.

“But that resolve will only get them so far,” the weaved voices said in unison. “The conversion process seems to be lesser than we anticipated, but that is in our favor,” the voices continued. Harbinger’s body straightened up.

“It's the mundane. So out of tune with the Force, their souls reject ascension,” The Seer said, peering at the terminal from behind Harbinger.

“And in turn, they rise again to serve us. Don’t disrespect those who help us advance the unchaining, Rose,” Loremi said. The Seer twitched at the usage of her real name.

“Yet several of these systems seem overly capable against us,” the entangled voices replied. The Father used Harbinger’s body to point at the feed from the Orian System.

“Seer, why are your forces being slaughtered there?” he asked.

The Seer did a double-take and stood before the feed.

“Father, this…this does not make any sense,” she replied.

“And the Truthwardens in the Caelus System,” Loremi said, standing before a different feed.

There was another piercing scream from down the hall.

“My Lord, we will handle this. The world seeds have taken root. Release The Harbinger. You must prepare,” Loremi continued, turning towards the screaming.

The Harbinger’s head nodded. His body shivered and shuttered, and after a moment he fell still, groaning.

“What did I miss?” The Harbinger asked.

“Don’t worry, dear. The fun is just beginning,” The Seer said. She took a deep breath, connecting herself to all seven world seeds. Across seven systems, each impact crater began to crackle with electrical energy. Rocks and rubble began to float before slamming back into the ground.

The Brotherhood could fight for their homes all they wanted. They would soon be fighting over the corpses of them instead.

Also be sure to check out the news post about the impact of research tiers and each clans’ theater of war here.

Best of luck in Phase 2 everyone!

Here's hoping Saira will be a proud mother. <3

If it bleeds, we can still kill it.

None of you believed me!?! None of you. Now look at where we're at. You could have prevented this if you'd listened to me gets carted away to the asylum

This just gets better and better. lol