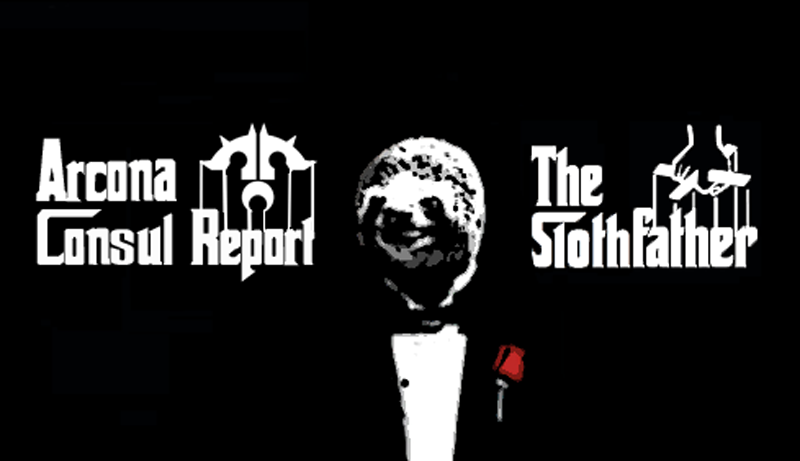 Shortly after the Battle for Nancora

Dusk Station was holding. The Golan II battle station had been built to withstand major punishment. The Collective fleet that had arrived in-system hours before couldn't hope to ignore such a threat in their effort to assault Selen. Its location in orbit above Estle City and the geography of the oceanic world below meant the Golan had to be disabled or destroyed to successfully land troops and wreak havoc on Arcona's capital. Given enough time, the fleet of cruisers and lighter vessels may even manage that.

Collective squadrons and drop ships tried to skirt the engagement zone, heading planetside and encountering resistance from both Dusk Station's own Twilight and Lightfall squadrons, and the landbased anti-air as they descended. Very few in the way of landing craft were making it anywhere near the surface, and the islands below offered little for a conventional landing. Perhaps they'd had agents on the ground hoping to take Giletta Spaceport beforehand. If so, the attempts had failed.

Arconan Decimators and Firesprays harried Collective bombers and the now-familiar suicide tugs, the true threats to the massive Dusk Station. Given enough time, the Collective could chip away at its defenses and lay the station low.

There wouldn't be enough time. Navigational familiarity and need caused the Arconan Expeditionary Fleet, freshly returned from Nancora, to exit hyperspace in the inner system. The AEF had been built with rapid deployment in mind, and they'd trained to move around the Dajorra system with ease. That the ships were battered, their crews fatigued from the battle at Nancora, mattered little when the call had gone out that the Collective was attacking the Clans' home systems.

Selen wouldn't be another New Tython, or Karufr, or any of the other planets or systems burned to the ground in the past two years of misery.

Collective cruisers began to change their deployment, hesitance obvious in their headings. Letting up on the Golan II would allow it to recharge its shields, repair what damage they'd caused; but now they had an opportunity to wipe out the Arconan's fleet of quick vessels and raiders. That, and the commander of the fleet wouldn't want to be pinned between the AEF and the planet's defenses.

Whatever hope the Collective had was quickly dashed as more vessels appeared in realspace alongside the Arconan ships, white lotuses emblazoned on their hull. The Odanites, secure in the knowledge of the secrecy of their home's location, had come along to assist those who'd stood with them since before the burning of New Tython.

Ships smoldered in the deep; several Collective light cruisers and support ships would find themselves at the bottom of Selen's oceans by day's end. The rest did their best to flee the tightening noose that was the Lotus forces and Dusk Station. Collective landing craft had made it to the surface, something the Arconan navy noted and did their best to track. No doubt the fanatics of the anti-Force cult would do their best to cause havoc until captured. Just one more problem.

When the shooting ended and the last Collective vessel winked into hyperspace, there was the usual tenseness of forces allied through need. The Arconan and Odanite ships separated, the latter making for out of the system with quiet comms between the two fleets, thanking one another. A formal thanks would probably be issued by the Arconans, praising their allies for standing with them, but those who'd been fighting together against the Iron Throne knew that the help had been a given.

The alliance would stand. For now, both groups needed rest, repairs, and to see to their homesteads.

The Arconans had come home with a vengeance, laying low their attackers with the aide of their allies. It was time to put their house in order, and put the chaos of war behind them.

Well, hi there, Arcona, and welcome to the first update from your new Clan summit team. First, one more shout out to Atyiru/Satsi/badass who put in three fricken years for us. That’s not just impressive, it’s damn near unheard of. We can’t thank her enough, and I’m sure we’ll be begging for her to come back shortly. For now, she gets to rest, and the Shadow Sloth gets to sit in the chair and try not to let everything she built burn. So! Let’s get down to business!

So for those who don’t know Kordath already, he’s a Ryn. Yes, one of the gypsy folk. No, that doesn’t mean he’s automatically a thief. Yes, he’s a bit of a thief, but not because he’s a Ryn. He’s currently at a loss, being in charge (change over fiction is forthcoming as we pound out certain details) and had been in the middle of a personal crisis due to karking up his relationship with the lovely Zujenia, who’d previously agreed to marry him. We’ll see how that pans out.

On the out of character side of things, in the past two and a half years I've held pretty much every post in the Clan at some point or another, from BTL to RM to AED to QUA to PCON to Consul now. I’m a near constant Telegram presence and check my email on the regular, so if any of you have anything to discuss with me, I’m pretty easy to reach. I look forward to what we do together in Arcona, kids.

I’m Terran Koul, pronounced nearly the same as “cowl”, though most DBers just call me "Vic". I've been a member of the Brotherhood for nearly two decades. I’ve seen it as a sister group of the Emperor’s Hammer, witnessed the Split, participated in over a half dozen Great Jedi Wars, led three Houses to six Vendetta victories, and held various positions at all levels of the Brotherhood. I’ve served on the upper Summits of three Clans, was Magistrate to two Dark Councillors, commanded three Battleteams, guided new members as Rollmaster and served on the Dark Council.

For the past couple years, it's been my honor to lead House Qel-Droma, most recently with the stellar help of Zujenia and Lucine. They're amazing, and I know HQD is in the best possible hands with them at the tiller. Moving up to the Clan-level, you can expect the same from me as before: a consistent (if often quiet) Telegram presence, a steady hand, a willingness to work hard, and an open door for anything you need.

We have a lot in store for Arcona in the next six months, from major events to system revamps, and we'll be working under the auspices of a new Consul and Grand Master. I don't know about you guys, but I can't wait to see what all of us - Arcona and the Brotherhood - can build together. It's going to be legend—wait for it….

Recently we ran a survey concerning a few items, how you the Clan felt about a handful of issues. Of the 50 rostered members of the Clan, we received 31 responses! That’s pretty good, and more than was actually expected, so kudos to you, kids, you’re helping shape the future of your Clan! 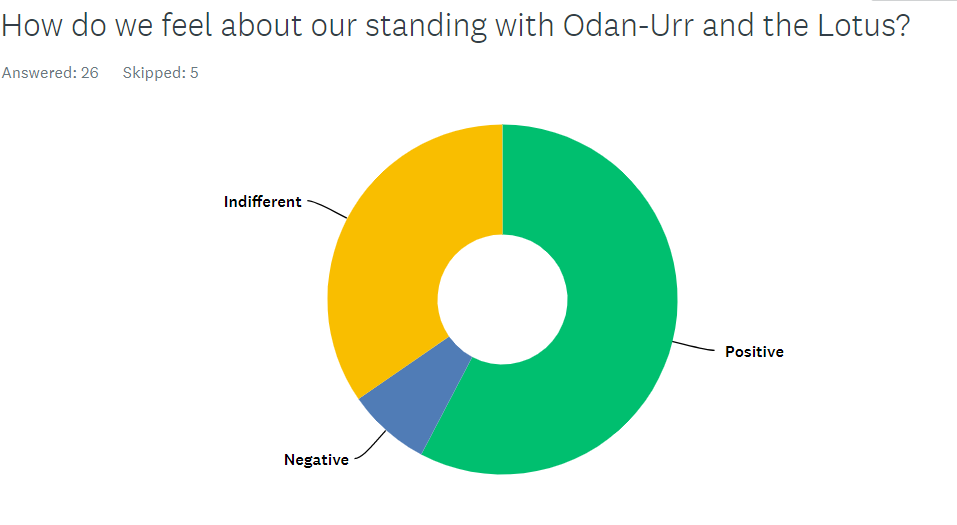 The first question concerned our current alliance with Odan-Urr and how we felt about it. For the most part, we seem to still view this favorably, or with a general indifference. Hopefully future plot points will cause that second number to shrink one way or another. The second was how we viewed ourselves as a Clan. Dark, Gray, etc. Still overwhelmingly in the Gray category, which fits as we’ve pretty much become ‘The Gray Clan’. Can’t get much more between Light and Dark than the Shadows. The most divisive question by far. Do we, as a Clan, return to the fold and see if the new Grandmaster is worth bending a knee to; or at least acknowledging and not openly fighting against. Honestly, this question may have been premature, as the Brotherhood’s plot updates haven’t caught up with this changeover and we know little to nothing about Telaris. Keep your eyes open for news reports! The Collective, the big bads that got thrown at us in the past War. This question was meant to gauge interest in future interactions between Arcona and them. While fully half of you who answered (and yes, I did take the comments made into account for these surveys, thank you for those) signaled a general indifference, enough of you showed interest in them to give us reason to work them into plot updates. They may not be a major player in Arcona fiction for the near future as we have a lot already going on after the last Sins, but we will be doing our best to keep in line with the greater Brotherhood story that’s ongoing for those with an interest in it.

Well. This turned out longer than expected, seeing as this wasn’t (and isn’t, really, no competitions listed, no news posts linked….) a report. I hope the information is helpful and in the future you can expect more in depth answers to any AskTheRyn questions because, wow, I’m in the seat now. That’s still sinking in, over a week later. I’m honored to have been asked to serve you lot and I’ll do my best not to disappoint, but never forget, Arcona is what we make of it, not just me. If any of you ever have an idea you want to run as a survey or a plot point that you think we should pursue, please bring it to our attention. I’m a big believer in community driven content (just look at the Selen Development Project, eh).

We’re going to be making an attempt to keep the Clan reports to the second weekend of every month; obviously this won’t always happen as we are human. For example, Terran and I wanted to have this out in the middle of this past week, but both of us were laid low by sickness, so here it is a few days late. If you guys ever feel like we’re not giving enough information, or not the information you want, please let us know so we can adjust our courses. Our job is to provide knowledge and direction, and that works a whole lot better when we get some feedback!

Until next time, Arcona, keep being awesome. 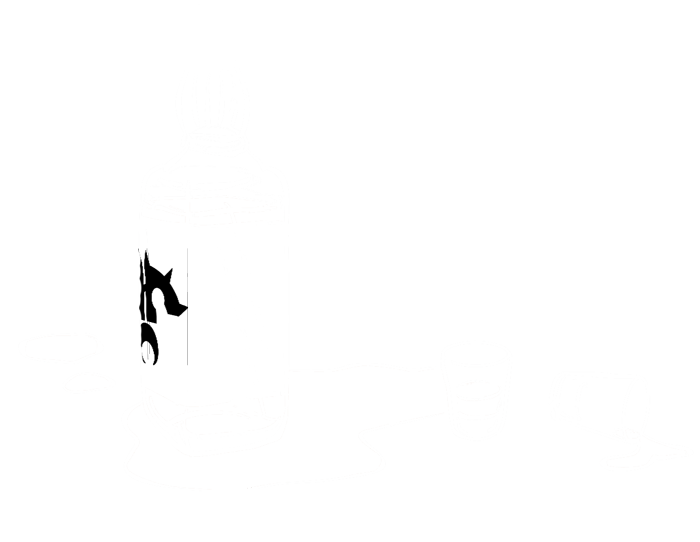 I may need to resize those dividers... ahem

It's my honor to serve the new summit, and I'm super excited to be a member again under their reign! All hail the Shadow Kord and the Shadowy Floral Bonnet! o/

Mah-mah-marry Strong?! Oh... oh dear. So this is what it feels like to have a plan backfire.

Seriously, great report, and congratulations to both Kord and Vic! I am looking forward to seeing what ya'll have in store!

Yeah, that's one thick tail. But, that's what the ladies like, so I don't complain.

Congratulations one last time, Kord and Terran! I look forward to where Arcona goes next with you at the helm and with the wonderful members of Arcona!

Hi Kordath this is a pretty good report, the survey says a lot and l have some news on the Nighthawk Secret Mission its now on Phase 4 lol