On 31 May 2019, the Grand Master announced the formation of Clan Vizsla. This announcement followed a 12-month period of development that culminated in the Clan's formal proposal for acceptance into the Dark Brotherhood. The proposal was a collective effort written and edited by over twenty members of Clan Vizsla. We are extremely thankful for all the work put into the proposal and all the candid feedback provided by members of the Clan and members outside of the Clan.

What We Are About

Clan Vizsla will move forward operating under general guidelines that promote active enjoyment of the Dark Brotherhood. We strive to be a circle of friends who share the larger Brotherhood's common passion for Star Wars. The Clan will endeavor to be creative and productive in our Club and will encourage our members to do the same. We have a strong belief that the only thing better than playing in the Star Wars universe is creating in it. Opportunities to explore diverse mediums of creativity within the context of Star Wars will be at the core of the Clan's efforts.

Duty
Vizsla is dedicated to the improvement of its members and the Dark Brotherhood as a whole. Though there may be fictional strife among those in the Brotherhood, Vizsla wants to see the members of all Clans successful within the club. The Clan will seek to promote not just its success, but that of every member and element as part of its duty to the club in which it resides. To that end, advancement and reward for its members will come not just from work rendered to the Clan, but the entire Brotherhood.

What We Are Up To

Gaming: We have a Dauntless Clan and are slaughtering Monsters. Come join us! Just message anyone in the Clan with your Epic name and we will make some hats out of Owlbears.
* We also have a standard CE/CF Race Running: Try to Catch Warp

Fiction: The Clan recently put the initial touches on our home planet of Zsoldos. Zsoldos is a collection of Cowboys, Vikings, Ninjas, and Pirates. We couldn't fit any more stereotypically awesome things in our initial proposal, but zombies shouldn't be far behind.
* Members of the Clan can help flesh out our planet by participating in: Planet Building
* Members can also get an early look at our first bounty competition by reviewing the mysteriously named target: Nnelg Nosliw. Competition Details: Run Glenn.

Policy Writing: The Team is also finalizing that all important Clan Name policy. We will award our Clan name based on Credit Contributions to the Clan (nothing else). At present we have a number in mind (it's a lot) and look forward to publishing the system later this month. #creditsnotpolitics

Clan Vizsla would appreciate your support when the time comes. A real life bad ass said those words as he met several Dark Jedi Brotherhood members at Star Wars Celebration in Chicago. Those words came with a handshake. The handshake came with a Mandalorian Challenge Coin.

This little vignette sums up a lot of what Clan Vizsla is about. These are the folks that hand out DB T-Shirts, hand out DB Cards, and like to hangout online and in real life. Many of us know each other in the real world (ranging from living together in a tent, to being in each other’s weddings, to being related, to dating, etc.) and many of us have known each other in these clubs for a long time (I've known Delak for almost 20 years). We (those that know each other and don't) are super grateful for this new opportunity.

We are all super stoked by the idea of a little Mandalorian enclave in the DB and look forward to the future.

We appreciate everyone's kind response to the Clan and here is a big cheers from Vizsla's inaugural CON and PCON. 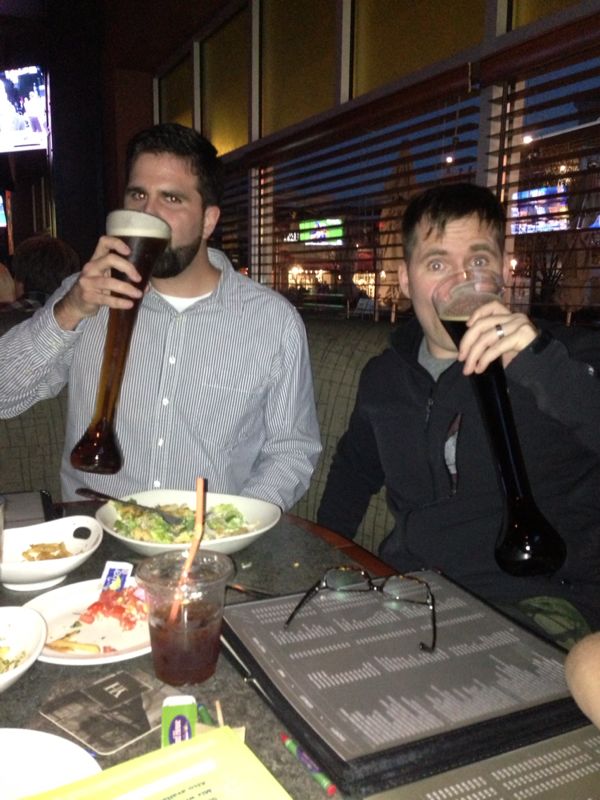 *Small Note: From the GM's report: With the opening of Clan Vizsla, we are adding the members that signed on to the project to the Clan's roster. These members will form the core group that leads this clan into the future through a two month probationary period for new units. For those of you first hearing about Clan Vizsla, there is still an opportunity to learn about and consider joining the new unit this weekend, before the unit receives a transfer hold that will last the next two months.

I gave my coin a little flip while reading this. Excited to see the impact this clan has the potential to have.

So pumped to a part of this.

To all of those that helped put this together, you have my thanks. The community that has been built up around this idea has been amazing to join and I'm excited to be a part of this going forward. Let's go make some credits together, my tab needs to be paid.

good first report. now let's get to hiring these mercs to eradicate the jedi lol