Evening space cowboys. It’s time for another Herald report! No fiction this time, but I promise next time there will be.

This one is very late. Sorry about that but my schedule has been very busy lately with exams and RL work.

But enough of that, let’s start with the report.

The Herald Graphics Tournament, “Shroud War”! has finished earlier this month with suprising success. Esca has already talked about it in his short address so i won’t talk about it much but I will give my opinions on the matter.

First off I’d like to congratulate Jasper Arlow, Atiyru Arconae and Zujenia on their wins in the Tournament. Great entries all round.

So, in my opinion, despite the large amount of byes we went through, the event itself was successful. There was plenty of interest if not enough time or will to go through with it. That’s hopefully something we can change in the future. I’ll talk more about that in my Ask the Herald section, as there were a few well worded questions on the topic.

As far as the Tournament, yeah I personally expected a lot of byes and a lot of unfinished entries, but it was a test. We wanted to see if there would be interest, and we were not disappointed. That said, we will be making several changes to the concept, tweaking it a bit for the next time we do a tournament. We have gotten some good feedback from participants that we will take to heart and make it an even better experience next time.

As far as the byes and such, I’m not really worried. Real talk? Graphics, unlike fiction or gaming, is subject to much more self-criticism and embarrassment when a person’s art is “not good”. Anyone can write a story, have it read and improved by several people and learn a lot from those improvements. That’s how fiction works. Gaming as well, when you spend enough time playing. But for graphics and art the best you can have are critiques and those are often harsh and painful to hear, but they are useful and important anyway.

Art and graphics cannot be forced of rushed, to be perfectly honest I expect the development of the graphics and art community will be a huge endeavor which will expand far into the future and it will take several Heralds to help develop it. These are your first steps, as good old Obi-Wan said, and I fully expect all of you to eventually embrace the artist inside you, if you indeed find one.

Zehsaa has left the staff shortly before being admitted to hospital and giving birth to a beautiful baby. This was always the plan as I didn’t really expect her to continue. Momma bear needs to take care of her cub. For her amazing work, though, she has received a Sapphire Blade and my gratitude. She has been and is an excellent artist and a hard worker. Thank you Z, and congrats on little Z!

Esca (aka Arcia aka C’ree) has been my Praetor since January 4th 2016. In that role he was my best critic and one of the best artists we’ve had in the staff, as well as becoming a personal friend of mine. His insight and wit have shaped this Staff as much as mine as he often presented ideas that conflicted with mine and made me stop and think. He also voiced his opinion whenever I asked for it and has generally been an excellent right hand. I’m sad that he’s leaving but RL takes precedence and he has opted to leave rather than drag out his future projects and work. For his work he has already earned a Sapphire Blade and my eternal gratitude and friendship.

I will not be opening Praetor applications at this time. It takes a specific kind of person to be my Praetor so when the time comes, I will announce them personally and appoint one.

Since Zehsaa left the Magistrate position was vacated. After applications I’ve decided to hire Bale (aka Cyris) as a Magistrate due to his experience and knowledge. He was a former Herald years ago and has developed a plethora of the graphics we use today (see: Award graphics). I wish him the best of luck and may God rest his soul :P

Second release of this year. Hope you guys enjoy the new skins.

NOTE: They will be uploaded tomorrow morning. I’ve had to release my report tonight while James is available to upload in the morning, sorry for that. They’ll be online tomorrow. 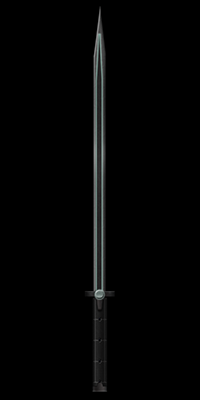 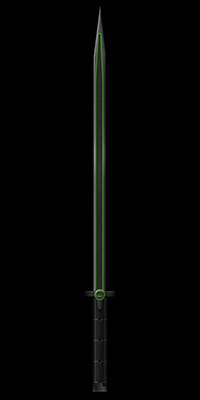 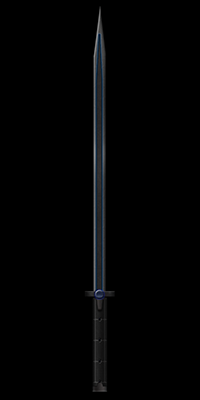 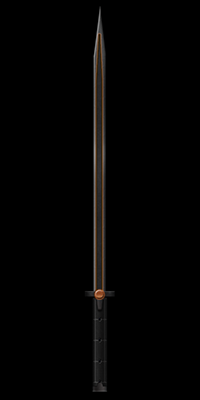 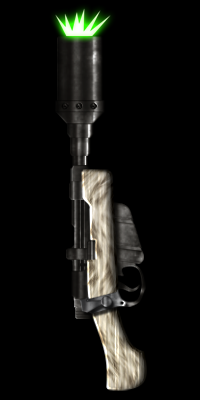 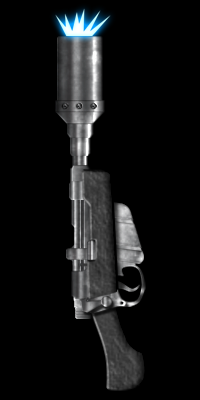 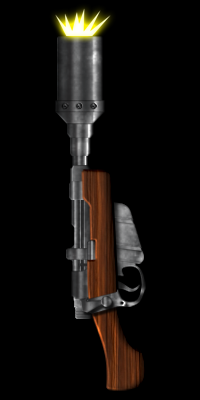 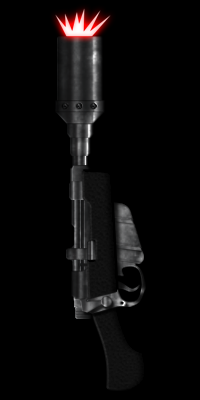 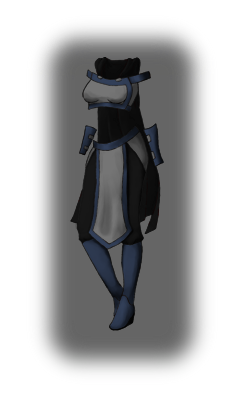 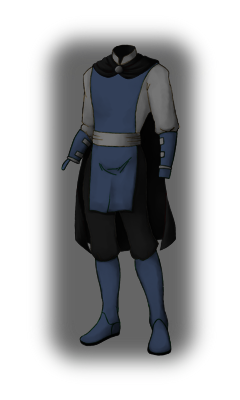 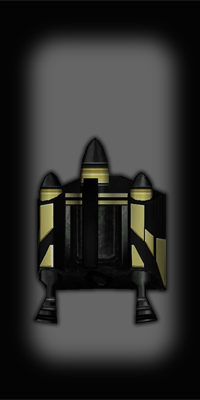 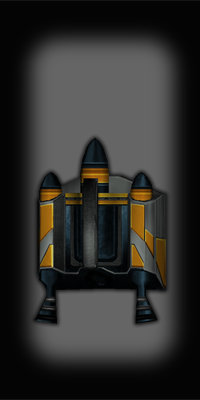 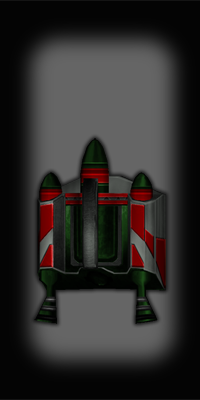 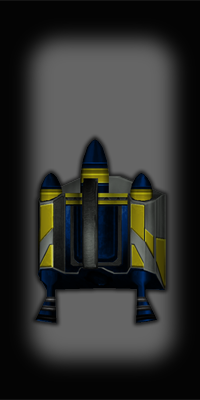 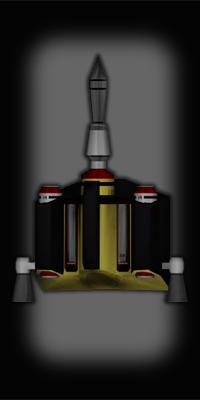 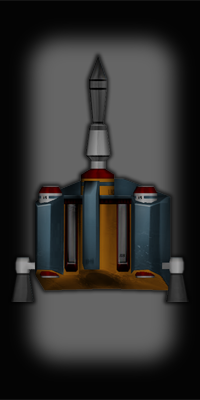 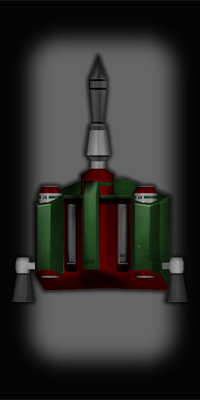 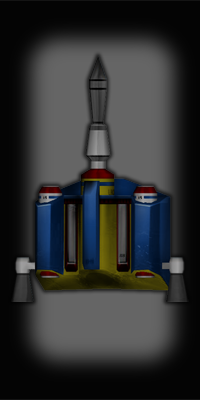 Everyone loves surveys! Not really, but this one is necessary.

We've created a survey that you can fill in and, hopefully, influence what way future graphics in the Club move forward. We're looking for honest opinions, so type in anything you can think of that you consider important.

Laren asks: #AsktheHerald There exist those of us who are not as inclined toward the visual arts as others (and that's okay!), including myself. What recommendations, ideas, or suggestions can you give to members who lack confidence in their abilities, but want to attempt more complex artistic endeavours, for example competitions or character art?

Great question. Again, I hope the SA exams will help with this, but my honest suggestion is: try. Try drawing everything, every style and everything you find appealing. The moment you find some style or something you really enjoy drawing it'll stick so you'll start drawing more. That's how I started, honestly.

Nero asks: #asktheherald If a non-hrld member wanted to submit a design to be added to the selector, how would they go about doing it?

Send me an email with the design. We can discuss it. If it passes, we can add it with the next release, or whichever one has a free spot.

Sure, probably in the next release. We’re trying to populate the selector with weapons for NFUs and ranged-based FUs and such so that’s why so many blasters and such. We’ll get back to sabers soon.

Alara asked: #AsktheHerald what would you recommend to an aspiring artist hoping to help with projects in the DJB?

Try out making Warbanners or sabers in whatever graphics program you use. Send those to me in mail so I can give you feedback. Hopefully the new SA exams will help with this even more. Don't be afraid to contact me, personally, if you want feedback.

Rhylance asks: #AsktheHerald have you guys ever done a shoto curved hilt custom?

No, I don't think we have. Interesting idea. Might add them to the list for one of the next saber releases.

Edema asks: #Asktheherald, has a custom sabre ever been designed with a baton style side handle

You mean a tonfa? Not that I know of and probably won’t, considering it’s a very specific and unique style of saber. Eventually, maybe, if they get added to Possessions. But that brings along a whole new set of problems for CSs and such.

Mark asks: #asktheherald Will custom possession images ever be possible? Or could we just do this through the Wiki for things like ships?

Likely not, considering there are thousands of them already. They're not important enough to be custom. Wiki is your best bet

Armad asks: #AsktheHerald How come there are not more curved hilt designs available?

Never really had too many people ask in my time. There are a few, though. Lately we've been focusing on different kinds of weapons with the advent of Possessions.

Nero asks: #asktheherald Will there be an update to the warbanner Psd file to include the new rails for elder/dc to learn/play with?

Those are custom, really. Or should be. So Elders and DC can request anything. Look at Bale's WB. So probably won't be available publically

Malik asks: #asktheherald when do we get the lightsabers from Rebels that lets us fly? :P

Rhylance asks: #AsktheHerald are the blaster/ lightsabers like what Ezra had in rebels ever going to be a thing?

Malik asks: #asktheherald (if it's not too late) if I buy a set of custom robes in possessions, will they then be tied to a specific set or would I be able to request a change for them at a later date? Or would that require me to purchase a new set?

For now, you don’t have to own them. Later on when we implement the new system, you will have to have a set of custom robes to show them off on your dossier. Considering the credit values of robes, I think the plan was to own one set in Possessions and then order any amount of skins for them. It’s not set in stone, though. I’ll have to talk more to James and Evant.

This report, and several of the ones to come, I would like to feature Brotherhood artists.

This time it's: Abadeer Tasii. Check out the devArt page, like, share, enjoy. Our artists are awesome and they need support. Next time I’ll feature someone else.

That’s it for now, folks. This is your friendly neighborhood Herald, signing out.

Thank you for the great opportunity, Vyr. Was a great pleasure to work with you and the staff. I learned so much and grew as an artist. I can't wait to see what the staff produces into the future. :)

You've been awesome, Esca. Good luck in your future endeavors and I expect to continue my fear of the airlock! As for Bale/Cy/Frenchy... I'm so sorry.

Good luck and best wishes to those departing, and those coming on board. Also appreciate the answer, and I love the artist shout out.

All hail the Esca! It was a pleasure working with you on the staff when I was there, and I hope you continue kicking graphical ass.

Sorry to see you leave Esca you did awesome work as P:Herald!

Thank you for everything, Esca, and goodluck, Z!

Amazing work to those leaving, and can't wait to see what our new members bring to the table. Also I need to run to my DA page to add more than 4 images to it

The new items have been uploaded. Enjoy :)

Thanks a lot Esca for an amazing job! And I can't wait to see what Bale comes up with!!! I'm sure it's going to be amazing :)