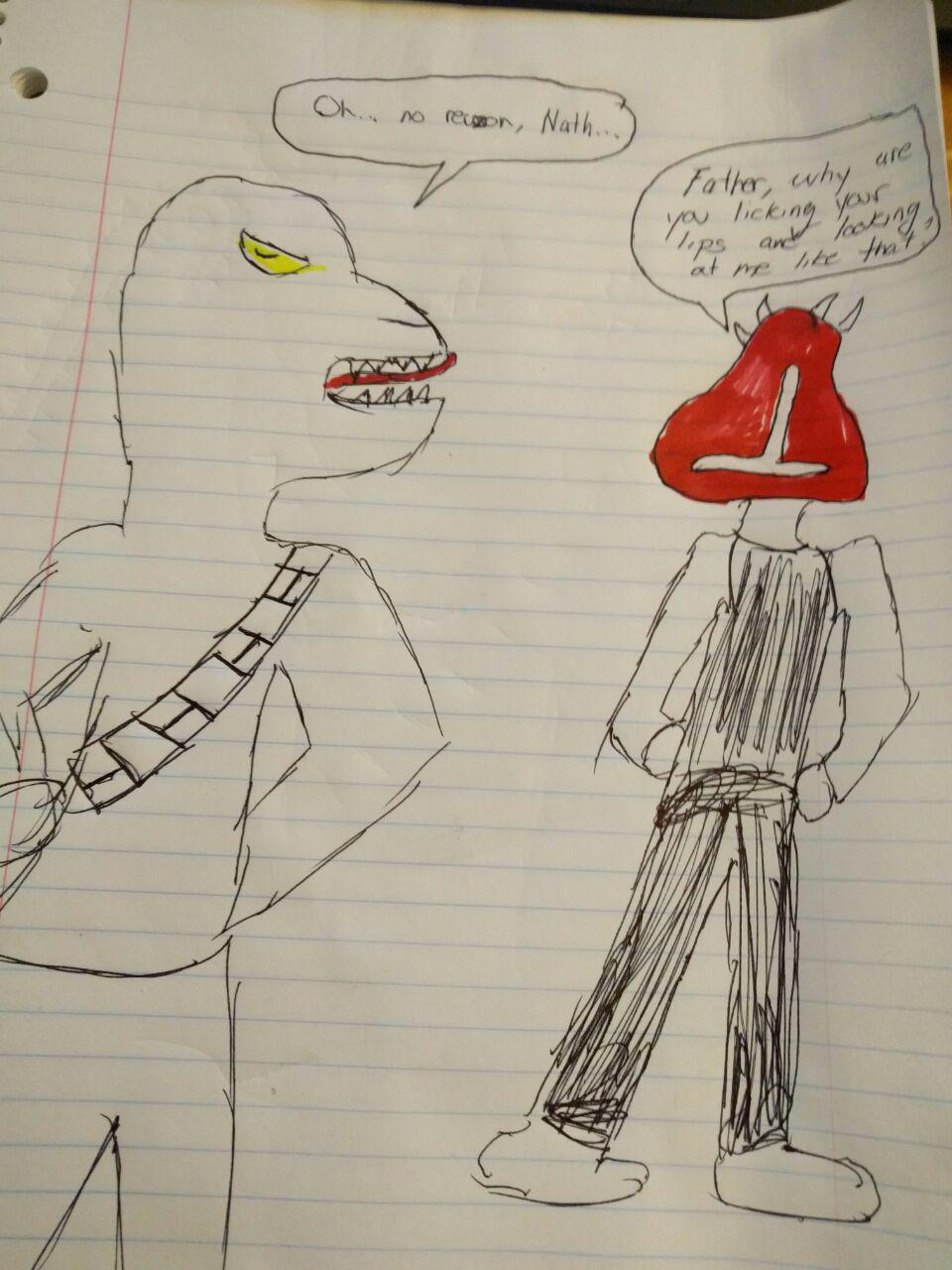 Something unseen in the last few months… a Proconsul report! You know things must be interesting if the Proconsul is stepping out of the shadows behind the Throne to make his presence known. 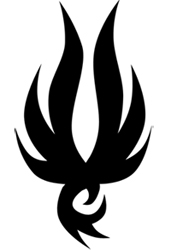 Shadesworn is the name given to the members of Clan Arcona by the denizens of the Dajorra System. The etymology of the distinction likely came from the unwavering loyalty that the Force-sensitive members of Clan Arcona swore to their Shadow Lord/Lady. The population look to those wielding the Force as protectors and demi-gods, while they see their mundane counterparts as paragons of skill and ability. The addition of non-Force-using Shadesworn to the ranks of the upper echelons is a new tradition, but even without the Force to guide them, these Shadesworn have earned a place beside their Force-sensitive compatriots. This lends them even further merit and respect among the rest of the mundane troops.

Sins Of the Past

Sins Of The Past Episode II

Sins of the Past Episode II has begun! I am beyond excited for this competition series as we see the Clan’s past come back to haunt us. If you have ever wondered how Arcona became the First Clan of the Brotherhood, it was over the broken bodies of her enemies and friends alike. To become First Clan, the Shadow Clan waded through trials of blood. Now many of those broken revenants are beginning to return, having gathered their strength in the shadows and now seeking to dethrone the First Clan.

Answer: How do you possibly put up with Atyiru?

Answer: When the time comes, my friend.

Braecen- #askthepcon do you regret letting GAL participate in this exercise?

Answer: Not in the least.

Answer: Anyone who betrays Arcona deserves nothing but death.

Ernor- #askthepcon Who is the hardest working praetor you know?

Answer: Has been and remains the P:Fist. After all, without him who would approve CE/CF’s?

Answer: I share an equal amount of love and hatred for both You and Jon :P

Braecen- #askthepcon How do you personally find balance between RL, DB, and just hanging out

Answer: It’s proven more difficult than I would would have imagined. I typically find these days that I spend a significant amount of time moderating or handling disputes via Telegram, and I find less time for the day to day activity within the DJB. I put the priority on managing our Summit and helping our Members.

With this being the case, my personal activity and my time gaming has been reduced to make more time for other needs within the Clan. But I have come to find this time spent even more rewarding in being able to ensure that the Clan runs as smoothly as possible.

Turel- #AskThePCON How would Uji react if he found Satsi and Turel were BFFs? :P

Answer: He’d love for Satsi to have a new girlfriend.

Answer: You deserved it.

Braecen- #askthepcon tell us about your faction in ARC, how do you differ from Attys

Answer: To Be Announced, Braecen! Stop trying to get sneak peeks!

Kord- #askthepcon when is Uji going to let Kord get over his crippling guilt and tell him the truth?

Answer: Expect a significant change to Uji during the upcoming Great Jedi War and his friendships within the Summit.

Atty- #askthepcon so just how deep does that bromance with Turel run. Inquiring platypuses want to know

Answer: Uji trusts and respects Turel more so than he does many of his closest friends. For all of Turel’s tricks and gimmicks, he knows that when the cards are down that T would have his back and look out for those he cares about. If he had to trust the life of one of his loved ones to the Proconsul of Odan-Urr, he would do so without hesitation.

Wally - #askthepcon What does Uji value more: his position as a commander of Arconas forces and operations, or his personal sense of wanting to avenge the Obelisk orders destruction?

Answer: Uji would see them as one in the same. On his own he doesn’t hold the necessary power to avenge the order; even in his position as Proconsul he knows that to directly oppose those who destroyed the orders would be foolish. But can he leverage his resources to give someone a chance? Move the pieces on the board to ensure that the Grandmaster’s pawns fall? Absolutely.

Zuj - #askthepcon What is you're opinion on becoming the godfather to undesirable children?

Answer: Has someone dropped children at Uji’s office he is unaware about? He doesn’t often make it back to the Citadel so someone better be feeding them.

Answer: As Proconsul I can place the request for you. It’s ultimately up to our favorite blind Seer.

Juli - #askthepcon You come to me, on the day of my daughter's wedding, and ask me to kill a man I do not know. Tell me, why should I do you this favor?

Answer: My word is the Consul’s word. If you betray that trust than you will be dealt with accordingly.

Zuj - #askthepcon 2. What star in the Dajorra System do you look up to at night?

Answer: Uji looks out beyond the Dajorran stars for what he seeks.

Zuj - #askthepcon 3. What is your absolute favorite aspect of being a leader in this online fan club?

Answer: Being able to give back to those who helped build the Club that I came up in as a member and knowing that the actions I take day by day will influence (hopefully in a positive manner) those who come after I am gone.

Answer: Well, only one rides a Rancor and last I checked you don’t not choose the Twi’Lek riding a Rancor.

Answer: Talk, talk to people, log into TG, respond to emails, jump into Hangouts, jump into PS4 Chat, X1 Chat, meet and talk to the people. When nothing else in the Club interests you, the people will.

Answer: It’s not an entree, but a good tasting coffee makes a fine dessert and always seems to fulfill that special need.

Zuj - #askthepcon 7. Who was the most influential individual in your DJB life? How did they help shape the leader you are today?

Answer: Hmmm… I have so many influences within Arcona. People who I look to for advice, look to for their past actions, people I can reach out to when everything is blowing up and those I would spend my best days with. Atyiru, Kordath, Turel, Braecen, Sashar, Wally, Esca, Mako, Terran, Tim, Wun, Celahir, I can keep going but suffice to say there are many who are not even part of Arcona any longer who I still appreciate for all they have done.

K’tana - #askthepcon Do you have any members you absolutely hate and how do you tolerate/deal with them?

Answer: Surprisingly, I am a very patient person when it comes to most people. The few though who have genuinely driven me to disliking them I reserve myself around far more than anyone else. I was raised in a household where if we liked you, we would give you hell, joke around with you and poke fun.

If I don’t like you, or I can’t trust you, expect me to be professional, short and to the point.

Zuj - #askthepcon 8. OOC. What aspect of the Force is most attractive?

Answer: I have always found the physical aspects of the Force in the books I’ve read the most interesting. Though, I have to admit the battle between Darth Caedus and Jaina Solo always stuck with me as one of the more interesting due to Luke's interference.

Zuj - #askthepcon 9. Giant raging insects swarm Estle City, what is your action plan against them?

Answer: Well, some of our members have proven adept at writing in Giant Robots randomly to stories. I’d likely let them use this magical capability to fight the Insects.

Answer: I would say Peaky Blinders. The Clan grew from one of the lowest ranking Clans within the Dark Jedi Brotherhood to toppling the biggest dog in the yard in what was a surprising victory. I feel like the Shelby’s loyalty to family and desire to see their family succeed at any cost (while keeping one another in check) often reflects the Arconan mentality.

Zuj - #askthepcon 12. What would you like to do to Teroch once you get your hands on him?

Answer: Teroch betrayed Arcona, betrayed his friends, those who looked to him. Uji owes a tremendous amount to Teroch for bringing him into Arcona, but Teroch must be dealt with for the betterment of the Clan.

K’tana - #askthepcon Atty and K'tana glitterbomb your wardrobe. Would this reaction be better or worse than confetti and why?

Answer: Thankfully Atty is blind and not able to keep up with where Uji is at any given point and K’tana is too busy being a gangster to drop glitterbombs.

Zuj - #askthepcon 13. What from legends would you most desire to join the new sw canon?

Answer: There are a few races I enjoyed that have become legend, but in truth I’m actually thankful for the new vision of Star Wars.

Zuj - #askthepcon 14. How is Uji holding up without his sis, Satsi?

Answer: Without the presence of his closest companion, the Proconsul finds himself completely vested in the responsibility Atyiru has placed on him. He knows without his complete focus more harm will come to Arcona.

Zuj - #askthepcon 15. What question does Uji most fear asking himself?

Answer: When those close to him, the supporters who helped make him Proconsul finally reveal their intentions, will he be capable of surviving the knives he knows are placed at his back.

Answer: Patience… my god, the patience I have developed.

Kordath- #askthepcon are you committed to answering all these questions, or are you going to pull a Fist?

Answer: Some of us have the endurance to keep it up long enough to get the job done.

So. Many. Answers. Glorious as that patience. :P

You heard your Pecan, folks! Get at those Sins comps, graphics and all.

And how DID that go last time you fought your Krathy Consul? :P

...I think the Shadesworn article needs updating. (ONE-TWO-THREE-NOT-IT!) ALSO! Professional and curt, eh? I feel like I should be semi-offended...-_- (Buut I'm not :D)

Great report! Now, off I go sings 'a -siiiining!'

Delicious PCON pie has been served