Ummm… WHAT HOW IS MARCH ALMOST OVER!?!?!! Last year around this time I was writing my very first Aedile Report. As your Quaestor, I’m so thankful to be entering another year with such a marvelous team and a marvelous House. The House and Clan Summits are stronger than ever, and I believe that everything only goes up from here. Thank you members for your continued perseverance and dedication in making this clan a friendly, hospitable place to be. It’s an honor serving such awesome people in making your star wars dreams come true.

Also, quick update… Still getting married in August as long as everything goes well. Due to my car no longer working, I had to quit my job as a radio show host and I’m working as a cashier at Wally world until I go to university in fall for Music Therapy. Also working from home with www.iamhealthyministries.com . Yay for more DJB time!

If you haven't read any of the new reports as of late, you should probably do that too. We have plenty of new leadership in the DJB -- Including my very own sista Shadow Nighthunter as Aedile of Excidium!! YAY!

Though these are a tad late, we love showing off our members’ progress! So here goes!

Love is in the Air’s first place went to Calindra Hejaran, a new member here at Excidium with this entry:

Scoundrels Wanted, Humans or Chiss prefered. Description: Hi, I’m Calindra..! So, apparently I’m insubordinate, opinionated and undiplomatic, which is likely to be shorthand for “strong minded woman” or “beware” in male speak. I’m 5’8”, have blond hair and brown eyes, and I know I make a very nice impression. I’m looking for someone who likes the heat and can take it too when I get moody. Moodiness usually ensues when folks don’t keep their promises, lie or try to deceive me. I just don’t take it kindly to dishonesty between myself and my prospective counterpart. That said, I don’t want someone who’s all politeness and obliging. Have the moxy to know what you like, and if we have any connection whatsoever, things could get interesting. Occupation Title: Former Imperial Intelligence, now turned rogue. Hobbies: ** Eavesdropping, finding dirt, tracking down enemies, interrogation techniques, >martial arts... Old habits die hard, what can I say? :) **Dislikes: Take the time to find out.

I personally think this is awesome. Just saying.

Celebratory Cake had two entries, of which are: 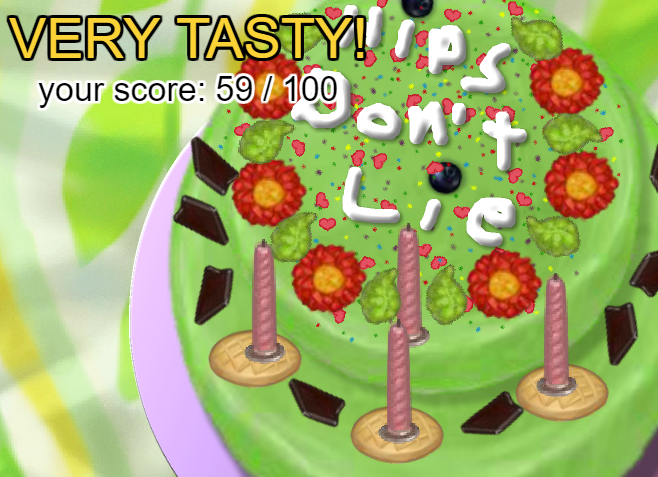 Just take a guess as to who entered that. ;) 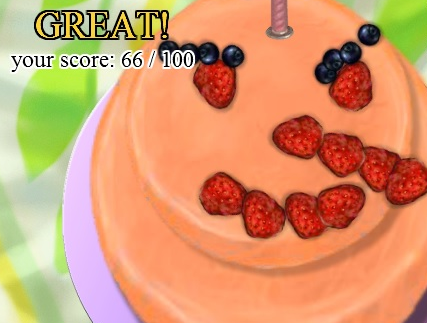 This one was by Jorm, in case you couldn’t figure that out.

The Writing on the Wall challenge full of riddles had four subscribers:

Great job everybody! February was a rather busy month. March has been two with the Battle Team Cup competitions going on and CSP events. Coming up in April a big fiction release and competition series is being planned for Excidium, so keep an eye out and get ready!

Expansion: Riding on the wave of their success against Collective forces, Scholae Palatinae turn their attention homeward - to Ragnath. The Scholae Empire’s arrival had been a shock to the political landscape of the Caperion System, the lightning in the storm. In rapid succession they had sided with the Democratic Republic of Elaya in their war against the expansionist Meraxis Empire, taken Caelestis City as their capital and now, they sought to expand their control over the moon. Meanwhile, Meraxis established a military alliance with the one group that hated Scholae as much as they did - The Collective.

Phase two has launched! DO THE THINGS! https://www.darkjedibrotherhood.com/competitions/13534

Oh Also Check These Out:

Rasilvenaira asks . . . Can I use House funds to buy more gizkas?

As long as they attack at an Excidiac’s will, yes.

Mako asks . . . what is your preferred begal topping?

I liked that the Cocytus System was full of member ideas and critiques. People invested a lot of time and effort in the system, not just the leaders. However, I know this will take place in our system over time. I’m really digging Sinagra Villa and I really don’t know why. Also I want to make some personal development in the Nayaman culture.

That’s all for now!