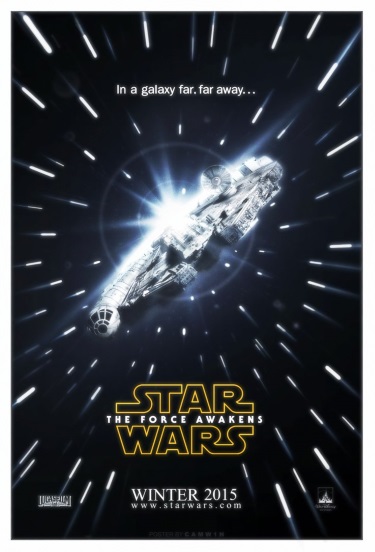 No, the poster above is not Official. Whenever I post a report I will be sharing a cool piece of Star Wars art that is found on DeviantArt or anywhere else around the web. Would you like one of your pieces of art to headline a report? Send it my way at [Log in to view e-mail addresses]

Now, onto the fun world of what's been going on in the DB's recruitment office, which includes highlights of some of the most noteworth Star Wars news recently, an expose of some of our fancy artwork, the introduction of a new social media platform, as well as a brand spanking new twitter related take on the TL:DR.

I feel as though in the world of Star Wars, there are times where it feels like nothing happens. We go on, and we hear news of a new book, and maybe a comic gets released, but largely it's a quiet day without much happening. We haven't had a day like that in awhile.

This Week on Social Media

Recently, we saw the implementation of two new segments in our social media offerings. Undoubtedly some of the coolest stuff we have access to in the DB is the work of the Herald's Office. Anyone who pretends like the lightsaber isn't the coolest weapon ever is lying, and we give the opportunity for people to have CUSTOM ONES designed for them. That is awesome. Plus our Warbanners and Robes and basically everything. That's the sort of stuff we like to share in the Recruitment Office. To that effect, we will be featuring 2-3 Sabers and 1 Warbanner each week. 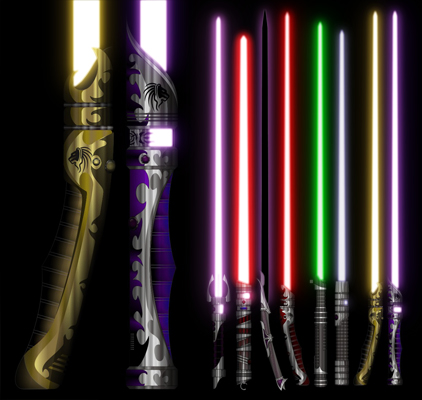 Unsurprisingly, the most popular Facebook post this week as the announcement in breathless disbelief of the new trailer.

When I reformed the Recruitment team, one of the first things people suggested as something we could do was a competition surrounding the American version of the Thanksgiving holiday. Now, as a proud Canadian, I know that the best reason to give thanks is the safe return of Frobisher's intreprid crew, as well as taking advantage of so much pumpkin pie.

But There are other great reasons to celebrate the spirit of Thanksgiving, and really, it's always good to be reminded of what it is we're thankful for. So, this year the Recruitment Office is sponsoring two Thanksgiving themed competitions.

When it comes to advancing the Brotherhood's social media presence, and increasing it's visibility within the community, one of the things I have been looking around at is the average audience of a platform. In the end, we have to focus our efforts on places, and using the obvious big guys of Facebook, Twitter and Google Plus all come with their own benefits, we have been missing out on a platform that is hugely popular amongst the "core demographic" of the average Star Wars fan.

For those of you unfamiliar, Reddit labels itself the Front Page of the internet, and is essentially a social sharing platform that allows users to vote on the value of shared stories, swap comments, and other fun stuff. This is a community that I would like to see the Brotherhood take active strides in adopting.

As such, I've been working with Jac and getting some technical help from the Mighty Stickhatbootman and I am finally ready to announce, and welcome the Brotherhood to our official Dark Jedi Brotherhood reddit page.

This Report in 140 Characters or Less

I hope all you American's have a safe and happy thanksgiving!

You speak of reddit, and yet not a single cute-cat picture? Tsk tsk :P