I'm no hero, and I'm not made of stone
Right or wrong, I can hardly tell.
I'm on the wrong side of heaven
And the righteous side of hell.

The four remaining fighters had been treated by the cutting edge medical team that the Colosseum boasted. The combination of mundane but effective medicine and the divine energy of the Force had helped mend the aches and wounds of the previous rounds of battle. While they had been redressed and armed and looked pristine on the outside, something unseen hung in the air.

Turel Sorenn and Selika Roh di Plagia stood on opposite sides of the antechamber. Seliak’s smile was coy as she kept trying to draw Turel’s eyes in a variety of ways. Turel pointedly avoided meeting her gaze, and instead seemed to be focused elsewhere. He had been uncharacteristically quiet, and behind the Jedi’s eyes it was clear to see the turmoil bubbling internally. There was a score to settle, a rivalry that had been borne months prior and left to fester untamed.

In stark contrast to the two Equites, Timeros Caesus Entar Arconae and Halcyon Rokir Taldrya regarded each other with practiced indifference. The two had been here before. Multiple times. This was just another average day for two of the most renowned Elders in the Brotherhood. Arconae and Taldrya had been facing off since the early hours of the Brotherhood, but Halcyon’s past ties to the Shadow Clan had left their mark.

Marick Arconae stepped into the room, hands clasped neatly behind his back.

“Hopefully you found the medical facilities to your liking,” Marick started, his unnaturally blue eyes mechanically surveying the combatants as he stepped towards them. “The Grand Master wishes to express his congratulations on making it this far.” The Combat Master reached a hand into his long jacket and pulled out a small wooden lockbox from one of his pockets.

Holding it out in front of him, Marick unclipped the latch to reveal a set of four golden rings, each bearing a red insignia with the cursive letter “P”. The set of wings flanking the lone letter marked it as the Grand Master’s personal signet.

The four fighters stepped forward, each taking their prize wordlessly. Selika, however, met the Hapan’s eyes and flashed a smile that was worthy of a painting. It was as charming as it was alluring and almost perfectly concealed the air of smugness the woman carried as a member of royal lineage. Marick knew the smile all too well.

The Combat Master’s face became a perfect, cordial mask. The corner of his lip tugged upwards slightly in a faint smile that was gracious in every way possible, but still managed to hold the weight of greater knowledge. It was a work of art that would have had the same effect as if the Hapan had stepped over and patted the woman atop the head.

Selika’s brow furrowed but the smile held as she stepped back and shifted her attention to the ring.

Marick’s grin melted easily back into its typical stoic mask. “You have all done well. My compliments on taking out the remote operator positioned in the stadium, Halcyon.” His focus shifted towards the Son of Taldrya as he spoke. “It was a clever trick, but I think you will have difficulty repeating the feat.” The Combat Master waited for a mixture of signs of acknowledgement.

“That said, you are free to use the venue as you wish. The Grand Master and I have no issues with this, as it will be your final bout in this arena. The winner of each match will pair off in the final match, elsewhere.”

“And where would that be?” Halcyon asked calmly.

“You will see. It should be familiar to each of you, though,” the Combat Master explained, his tone even. “I will be in the control room overseeing the Obstacle Management Terminal monitoring your fights. As you’ve probably figured out by now, the arena’s patterns are run by a computer algorithm that is based off blind-input from the technicians I’ve employed. Each operator has a failover redundancy built in as well.”

Marick paused to let his words sink in. “Beyond that, I wish you luck in the eyes of the Grand Master. You are all well versed in his will, and know the consequences of his ire.”

With that, the Combat Master took his leave, allowing the fighters to finalize their load-outs for the trial ahead.

The faint din of excited chatter from the gathering crowd echoed down the long stone tunnel. The high, arching ceilings seemed to have been designed intentionally to carry the acoustics so that as the first fighter drew closer and closer to the entrance of the arena, the sound climbed and swelled to the beat of anticipated violence. A second tunnel on the opposite side of the arena held the second fighter, who similarly made their way towards the pit.

Each fighter emerged from their respective tunnel. The stage had been set. The time for speculation was over. Only four remained.

Only the strongest and most resourceful fighters would see this tournament through to its end.

After giving the Final Four contestants a New Years holiday, the the third round of the GMIT has now begun. The Tournament will move forward without further pause as we aim to conclude the tournament in a timely manner. The only difference in this report from the last is that the matches themselves have been started fresh through the website (and thus have different Battle ID's).

The Tournament Bracket and subsequent matches can be found here.

The Jedi are not supposed to hold grudges, but there is bad blood lingering between the two Proconsul’s of Odan Urr and Plagueis. Two Illusionist face off in a gladiatorial battle.

As stated in the fictional prompt, each member of the final four will receive the following accessory. 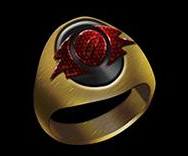 Given to members of the Final Four, this ring bears the Grand Master's signet and marks his acknowledgement of the member's achievements. The ring was forged with a tiny pinprick that punctures into the wearer's own skin and deploys a Cure-All to poisons (1 Time Use/dosage). The formula is special Force-alchemy potion the Grand Master procured from a holocron so that everyone could have a tiny vial to carefully re-fill the ring.

After checking with our awesome Herald, the Tournament accessories will become available for dossiers after the Tournament is completed. Please note: Combatants do not have the Signet for the purpose of the remaining matches in the Tournament. You will use only the weapons listed in the Match Details.

This will be the final round in the “Arena”. The Finals will take place in the unique venue: “Ruins of Antei”.

Be sure to cheer on your Clanmates and friends. Let me know what you guys think of the fictional-updates. Do you like them, hate them, indifferent? Let me now in the comments!

Whoo! Congrats all! This is exciting. That accessory is nice

Best of luck to all the finalists 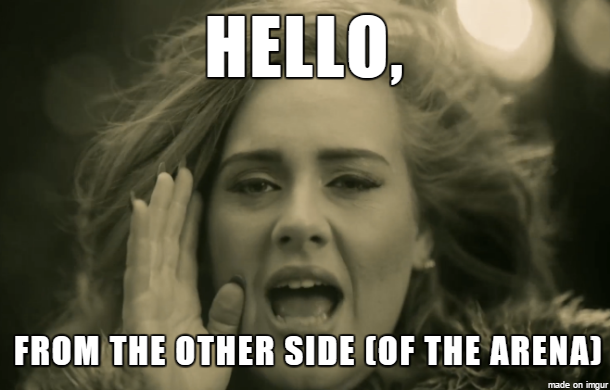 Battle of the two folks that knocked me out of tournaments, fascinating :)

Of course NPC lives matter. That's why Selika murders them. :)

Turel vs Timmy for finals