Hello yes, this is Wally. A few quick updates before my next report.

After a discussion with the DGM and MAA, I’ve updated the wording on a section of the Voice Competition Approval guidelines in regards to “Duration and Timing”.

In short, we’ve changed the wording to be a strong suggestion instead of a requirement. That said, the recommendation is there for a reason. This was the best practice solution that previous Voices were able to deduce and in my experience it still holds up and is a fair suggestion. This also means that the Voice Staff does have the ability to remand a competition that fails to garner enough entries in previous iterations.

I’ve also updated some of the documentation on the Character Sheet Approval Guidelines. I cleaned up a few of the bullet points, and we’ve added the following:

There are currently only two club-wide fiction competitions running right now (thanks Benny):

I mention this because after a long few years of repetitive fiction competitions—thanks to the Dark Crusades, Fading Light, and so on—we’ve seen a number of members taking the downtime between major Vendetta’s to run DB-wide fiction competitions. We’ve seen some great member-driven content from members like Qyreia and Blade, and it had been my hope to let these run as they have been. In downtime between major events, I think it’s important for members to be putting out competitions and engaging with their peers.

This is one of a few reasons why there have not been many Voice-sponsored fictions since I’ve taken office. My hope was to let members have some time to run the types of prompts they wanted to run without being force-fed them from the DC. My focus since taking over as Voice (other than the Fiction Updates) has been more on finalizing unfinished projects that had been neglected for various reasons, refining existing documentation and policies (such as adapting to the new Possessions system), and delegating and managing teams to make sure projects are getting developed, completed, and then implemented.

That said, I do have a few ideas going forward to help break away from the norm of fiction prompts. These will also become easier when I get a more solid vision for the storyline of the upcoming Great Jedi War. I also have some ideas for some different kinds of prompts/scenarios that should help spice up the typical fiction competition. The Combat Master will also be running his own kind of workshop that I’m really excited to see. I won’t steal his thunder, but keep an eye out for his next report.

In the meantime, expect some fun competitions coming up tied to the launch of the new DB homeworld/system: Arx.

Speaking of Voice-sponsored competitions though...

As the questions in the DB Fiction Chat have started to evolve and get more detailed, I’ve started to run a series of competitions designed to help writers become more comfortable writing dialogue between characters that aren’t just their own. An exercise, if you would, but with a potential for crescents and clusters! You can view the container competition here. A quick snippet:

Sponsored by the Voice and brought to you in part by the DB Fiction Chat, the Voice Dialogue Series will be an ongoing exercise in telling a story through dialogue alone. The challenge here is to step outside your comfort zone while learning more about the other characters that make up the Dark Jedi Brotherhood. Even if you never write a fiction for a competition in this manner or format, the exercise in and of itself is designed to help you grow more comfortable with speech patterns and having an “ear” for dialogue between characters.

As an added bonus, entries will earn bonus Clusters of Ice. Each entry will also get direct feedback from the Voice.

Part I: A Forced Conversation is currently running. If you need an example, or have any questions, please feel free to let us know. I’ve already had one member writer an entire fiction based off this “exercise”, and I look forward to reading and learning about everyone’s characters as we see them interact with others.

Thanks to my favorite Atra — Prince of all Saiyans — we’ve updated the two Species feats for Sephi. You can view them on the Species Wiki page here.

Thanks again to Atra for researching and writing these up. I think this is a great example of how the CS System was meant to be retroactively updated as we go, and one of the biggest perks to the type of system we went with.

Atra, get out of my updates.

As a reminder, please make sure to check out the latest main plot update. You can find more info about it in my news post here. 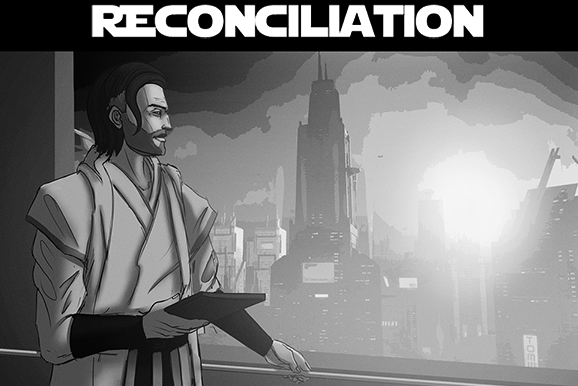 On a somewhat unrelated note, Vyr is running a very cool and new type of competition for those of you that like competitive graphics. I’m usually not that into graphics other than for-fun entries...but when you turn it into a tournament?

Check it out here.

In other news, K'tana (Maenaki) has been appointed as the Voice's Wit. For anyone unfamiliar with this position, I highly recommend reading Brandon Sanderson's "Way of Kings" from the Stormlight Archives, but in essence, their job is to insult people for the King so that they don't have to lower themselves to such a level. For anyone hanging around [Fiction Chat - Log in to view join link] this means she will help with witty comebacks and mom jokes when I'm otherwise occupied.

That's all for right meow. Thank you.

WOOOT! doesnt know what is going on

I gratefully accept this title. And ur mom.

Does the new bonus only work if you have atleast +1 on the skill?