The Aedile coughed and cursed as an entire shelving unit fell over, sending up a cloud of dust and scattering the contents of two boxes of paperwork and other things in the process of its descent. The Sith turned her dark gaze on the two droids, “That was not very helpful. Fix it, now.”

The worker droids rushed to right the shelving unit again, while a third hurried to secure it into place faster this time. Two more droids were scrambling to recollect the spilled contents and return them to the boxes for sorting later. Rasilvenaira reached up to run her fingers through her dark brown hair and sighed as she glanced around her new office.

Or well, it would be her new office if the droids didn't wreck it first. She'd selected the location to be closer to the rear exit of the compound. There was less construction noise in this part, while further in, the rest of House Excidium was beginning the work needed to settle into their new home. The structure was sound, overall, but many of the rooms and chambers needed to be remodeled or renovated to suit the House's needs.

She started to turn her attention back to decorating, only to find one of her gizkas happily munching away on the string of lights she'd intended to hang up. She frowned, and reached down to pick up the small reptile. “Tiska you aren't supposed to eat those.” Then she glanced around, “Verlassen! Thrice damned droid, why aren't you watching the gizkas?”

The protocol droid came out of the smaller room off to the side, one gizka in his hand, another perched atop his head, and another slobbering gleefully as it chewed on his left leg. “Mistress, I am trying! But there are too many.”

The woman glared at him, dark eyes flashing, “There are not too many, you bucket of bolts. Now get back to work, and keep them from eating my decorations.” She sat Tiska on the floor and nudged him toward the droid, “Go on, Tiska, stay with Verlassen.”

She looked back at the mangled light string and shrugged, “Oh well. Now where'd I put my damned data pad? I need to get that report finished.”

Rasilvenaira wandered over to her desk and flipped through the disheveled piles of papers, datapads, and folders until she found the one she needed. Settling herself into her chair, she was just starting to type her report, when a nervous looking journeyman knocked at the open door of the office.

She looked up, attempting not to scowl at the poor lad, “Yes? What is it?”

“Just got told to deliver this message, Aedile.” He rushed forward to hand her the datapad, then hurried off as fast as he'd come.

Rasilvenaira arched a brow, and skimmed the datapad, muttering under her breath as she read. “Promotion to Warlord... no you can't retire now... party later to celebrate...” She tossed the datapad on her desk, “Pfft, who has time for a party, I have work to do. They can just send the rum down here.”

Holy gizka toes, yes its a Rasilvenaira report. How the heck did that happen? XD

So lots of exciting stuff, war was fun, we did really well, with the clan placing third. Great job everyone, but we can do better next time!

As a House, we have a lot of things coming up as we continue to grow and develop. The only way we'll truly accomplish the full potential of what we can achieve though is for everyone to step up and do what they can.

-stares- Don't be telling me that.

Not good at art? Only able to draw a stick person? Then draw the best damned stick person you can! Not good at writing? Throw words at paper till something looks interesting, and go with it, eventually you string enough sentences together you have writing! Good job. Not good at gaming? Get out there and play pazaak, play something, meet people, get better, have fun. Good work.

Everyone has something they are better at, yes, but everyone can also strive to improve the things they aren't amazing at. And everything you do helps the House grow. We have a whole ton of fiction/story development to work out as the Clan settles its new home system, there's wiki work that always needs done, there is always SOMETHING you can do to help out. Don't be shy, come ask. I promise, I don't bite, nibble maybe, but I don't bite. I'm really not that scary lol.

CSP Sithmas competitions have been extended so get those entries in!

Lost in Space Ends in 4 days

“Wait, are you… me?” Alternate Reality Ends in 7 days

Porgs are my Favorite People Ends in 12 days

I Love Accessories! Ends in 12 days.

Carol of the Force Ends in 12 days

Deck the Halls Ends in 12 days

And What Would YOU Like for Sithmas? Ends in 13 days

And great golden gizkas, you guys totally rocked it in the shiny department!!

So, yeah, fantastic work everyone, keep it up! The new year ahead is going to be full of exciting things not just for Excidium but for Scholae Palatinae and the Brotherhood as a whole. I am proud of you all, and extremely honored to have the chance to serve the House as its Aedile. 2017 was good, let's make 2018 ten times better shall we? 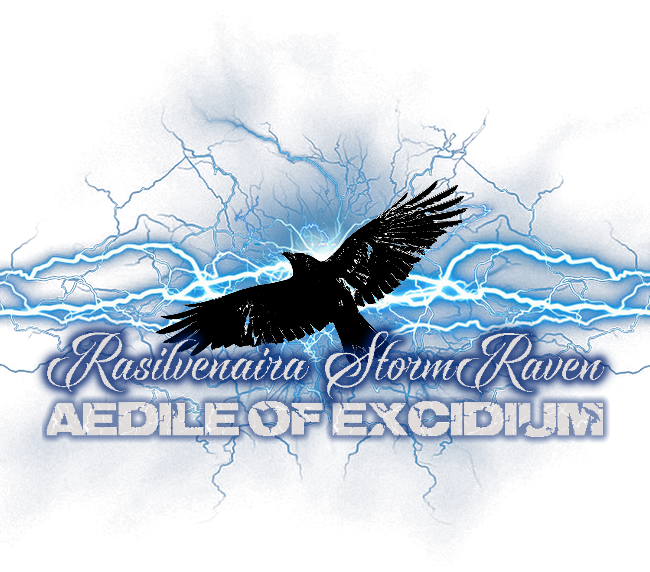