“Members of the Dark Jedi Brotherhood,” a steady, lilted voice resonated through the airwaves of the holonet. Marick Arconae appeared on display, horizontal interlace lines flickering across the pale blue glow of his holo-projected image.

“Today, we will be live-casting the final battle of the Grand Master’s Invitational Tournament. The Grand Master himself is pleased with how things have progressed, and we both thank you for your continued dedication to this Brotherhood and to your respective tributes. This match will take place on the remaining ruins of what was once Antei. The event will be captured by a series of all-weather drones equipped with long-ranged lenses and optical filters."

The Jedi of Odan-Urr had gathered to witness the match on the array of holodisplays dispersed throughout the hall. While the general air of support for their paragon permeated their ranks, the underlying aura of concern was also prevalent. They had all watched what Turel Sorenn had done in the final moments of his last match. Each of them knew that their Proconsul was fighting a battle that would continue on long after the Tournament had ended.

One battle at a time, Turel had repeatedly told them. One step at a time. This was the chance they had all been quietly waiting for — the chance to show not just the Brotherhood at large that they were not to be taken lightly, but that they were on equal footing with the First Clan.

A’lora folded her arms across her chest and focused on the monitor, a silent beacon of strength for the Jedi of Odan-Urr.

“The match will conclude when — and only when — one of the combatants is physically unable to continue. Field medic teams are standing by, but will not be deployed until given the order. Both combatants have proven their value to the Brotherhood, so by the Grand Master’s degree, I remind you both that neither life may be taken in this match."

“Short of that,” Marick offered a tight smile that was more telling to those who knew him well enough. “Anything goes...”

Everyone who was not away on a mission or task had gathered around the Mess Hall and found seats. A giant white canvas had been stretched out and covered the entirety of one side of the dining area.

“It doesn’t block the entrance to Mick’s, so I dinnae know wha’s bothering you!” the Ryn Rollmaster waved the bottle in his hand dismissively. He had apparently gotten a head start. “Still, he has a point, Blinky. Why did you—”

“—because I wanted to make sure I had the best view of the match, so I ordered the biggest one they had!”

The gathered Arconans within earshot collectively groaned, quietly or otherwise.

“Okay, okay, I wanted to make sure we had the best view,” the Shadow Lady sighed, then muttered to herself, “Fight well for us, brother.”

“Oh, and one last thing,” the Combat Master appended, holding up a single finger. His face remained a neutral mask.

“Recent recon reports have returned a few interesting claims. Some claim to have encountered Force apparitions. Some claim to have seen shadows moving unnaturally out of the corner of their eyes. Others have said that they hear whispers and laughter from the wind itself."

“I’m sure you will be fine, though,” Marick finished explaining, his tone flat and devoid of any actual sympathy or concern. “Good luck.”*

The terminal feed cut out, leaving both shuttles to the ambient hum of repulsors descending.

On the first shuttle, the Proconsul of Clan Odan-Urr sighed. “Hooray,” Turel murmured with mock enthusiasm to no one in particular.

On the second shuttle, Timeros’ glacial eyes simply blinked in mute acknowledgment. What is the worst that could happen?

The Ruins of Antei

Twin shuttles landed on opposite sides of what used to serve as the seat of power for the Dark Jedi Brotherhood--the Dark Hall. Landing ramps extended as the doors hissed open. The clanking of both combatant’s boots echoed faintly before each set of feet settled onto the dusted earth.

Words were wind. There was no cue to begin. Only silence, and the knowledge that the battle had already started.

The Final Round of the GMIT has now begun. The Bracket and subsequent matches can be found here.

"Some say there is a light amidst the darkness. Some say that light is limited, but darkness is infinite. Yet neither the dark or the light can exist without each other. The loose alliance between Clan Arcona and Clan Odan-Urr is again put to the test. Timeros bested the Odan Urr Consul, but Turel knocked out one of Arcona’s leaders as well. Two paragons of their respective philosophies on the Force meet for the first time in head to head battle. One, a Jedi devoted to the light path. The other, a servant of the dark path. Both have faced their share of challenges to get to this point.

The time for talk has come to an end. Words are wind. Only one will emerge as Champion.

Selika and Halcyon get one last match to become a part of ACC history. The winner secures third place and will be remembered for their valiant efforts.

Each of the finalists will receive one the following accessories: 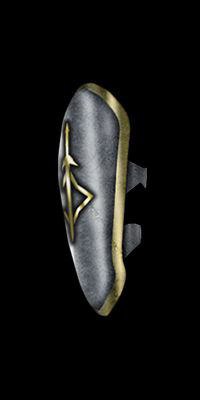 A hand-crafted vambrace that can be worn on one arm that covers from the wrist up to the elbow. Created from a refractory alloy and treated with Force-Alchemy, the Gladius vambrace has the unique ability to deflect blaster bolts without risk of deterioration. 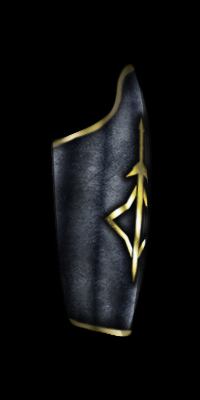 Awarded to the Grand Master’s Champion, this custom-molded, Mandalorian-iron bracer covers the wrist to the middle of the forearm. Like the bracers given to ACC Champions of the past, this Champion’s Bracer has the ability to block Lightsaber hits without risk of deterioration.

Additionally, both finalists will receive:

Tournament accessories and titles will become available for dossiers after the Tournament is completed. (Please note: Combatants do not have the Signets or Bracers for the purpose of the remaining matches in the Tournament. You will use only the weapons listed in the Match Details.)

This will be the final round of the Tournament. As stated in the fictional prompt, it will take place in the “Ruins of Antei”, which I feel will give the soon defunct “Antei” part of the “Antei Combat Center” one last hurrah.

Good luck to the combatants. All matches will be graded by myself and the DGM using a two-headed approach. This may result in slower grading time, but ensures no stone goes unturned in the final judgment.

Please make sure to check out my latest report here. There is some good information on upcoming projects and revisions, as well as a few animated gifs.

Expect another ,larger Combat Master Report mid-February at the conclusion to the Tournament.

That’s all for now. As usual, any questions relating to the ACC or Character Sheet mechanics, drop us a line at: [Log in to view e-mail addresses]. (Or don’t and just PM me on Telegram where I enable people by responding.)

But seriously, use the ACC hotline (bling), please.

Fight well, Turel and Tim! Halc and Slags too. Woo!

Prove why Knight Commanders should be feared

This gonna be gud

Don't ever use "holiness bling" again. I will disown you.

#inTimweTrust Good luck to the other contestants as well. Turel, you know I'm crazy about you... but no good luck to you ;) (but fight well regardless) <3

best of luck to you both

Remember Turel: Eyes on the prize. ;)

Good luck all! Make this round a good one.

Timmy and Turel, congrats for reaching the final round.

Squee!! Look at those beasts from those beast Clans duking it out! Go get your ACC on Turel!

Good luck to Halc and Slags on their match as well.

I have a feeling there may need to be 2 new entries added to an ACC Hall of Fame!

We hurt the ones we love. Let us love you, Arcona. <3 #bestprincess