Hello Gamers! Time for a report from the Praetor to the Fist. As I mentioned in my last report I plan to shake things up a bit within my reports, covering more fun things within the gaming world and try to catch some sales that are going on. Hope you will enjoy reading these reports more! 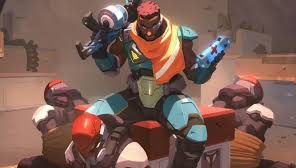 Overwatch has a new Support Hero Baptiste. He is described as a battle-hardened combat medic. Capable of saving lives with his biotic launcher, regenerative burst or immortality field generator. He can also take out enemies at the same time with help of his amplification matrix to double the damage of his allies and healing effects. Mid February a new map Paris was released. Paris is a new assault map and the developers tried their best to replicate as much as possible into the map, even sounds. Make sure you check out the latest Patch Notes if you haven’t. 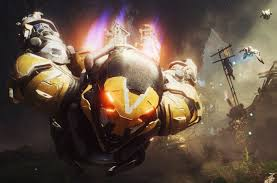 Anthem is the newest game developed by Bioware and published by EA. It is a multiplayer action role playing game. You are part of a faction named Freelancer and have a powerful Javelin exosuit that gives you superhuman abilities to fight against enemies that threaten mankind. If you haven’t bought it yet here is some screenshots. There are four main javelin’s atm, Ranger, Colossus, Interceptor and Storm. There is a lot of buzz right now with Anthem. We’ll see how it keeps everybody's interests.

For you Diablo original lovers out there Good old Games has Diablo on sale for $9.99. Go back in time to 1996, ah lovely graphics yea? They have many old games, like the original Tomb Raider games are on sale and many more. Check out their sales going on here.

Freshly announced by Humble Bundle is a FREE car racing game ($50 Value) Grid 2. Make sure you act fast tho, the timer is running!

SEGA! Ah, the sound of many gamer’s childhood. This weekend is Sega Publisher Weekend on Steam. I don’t know about you all but my game was Sonic the Hedgehog. They are up to 75% off, making them $1.24-2.50! There is plenty of other games to choose from as well, make sure you check out their store library.

Today is the release of The Division 2 . Have you preordered it? If you haven’t yet IGN has an article on how you can get it 12% off and get a Free game (Watch Dogs 2, Ghost Recon: Wildlands or Far Cry: Primal). Which is through Green Man Gaming two games for one price, why not!

“It’s me Mario!” Don’t have a Nintendo Switch? There is a promotion going on right now to celebrate Mario day (Mar10) through the 16th of March. You can by a system and get one of the Mario games with it. Already own a Nintendo Switch system? Best Buy, Target, and Walmart.com are also offering deals on select digital titles featuring Mario. Get a digital download code of Super Mario Party, Super Mario Odyssey, Mario Kart 8 Deluxe, Mario Tennis Aces, or New Super Mario Bros. U Deluxe for $39.99 each!

Thank you for stopping by and reading my report. Make sure you read Drac’s report and remember to VOTE for the platform you would like to see featured for the next month! Don’t forget that we are hiring for a new magistrate starting in April. Check out the Magistrate Application post for more information.

AM HAVE NOT GOOD EXPERIENCE WITH GREENMANGAMING.COM, NOT RECOMMEND. BUT VERY EXCITE FOR OTHER SALES, THANK YOU FOR REPORT