Plagueis Proconsul Report #4: War Games.. What Are They Good For?

Plagueis Proconsul Report #4: War Games.. What Are They Good For?

Welcome to all my Plagueis people! Hope you all are ready. Right now is a great time for all you people, and I hope you’re ready rock and roll. We’ve got a lot coming up, and we’re watching to see you guys just absolutely demolish our expectations. Let’s dive right in. 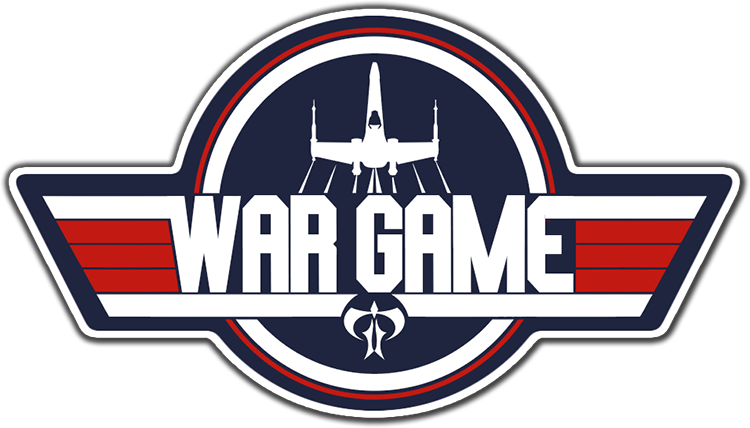 That’s right! We hinted at it, and here it is just in time. We’ve got a little mini event for all of you guys. We wanted to give you something quick and easy to get you back into the swing of competitions, just in time for the Great Jedi War. So here it is, the War Game!

In preparation for the coming GJW, your Summit is getting whipped into shape and prepared to fight with everything you’ve got. These competitions will be grueling (really easy), demanding (10-20 minutes a piece), and take everything you’ve got (minimal effort, please participate). We just want to give you guys something to do to help get you back into competition and event mode. This is just a little appetizer for the GJW.

The event will take place over two weeks, starting Monday the 3rd, and going through til the 16th. There will be points awarded for valid submissions, as well as placements. Points will be weighted as to the type of event. The more effort required, the more points you receive.

The Plagueis Summit chamber was dark and silent. The assembled members that sat on the war council were seated around a long diagonal table, with almost every seat filled except the head of the table. Behind the head seat was a single window letting in the smallest stream of light, where a small amount of dust fell across the light beam.

Twin doors slid open to reveal Selika, wearing a white and black military uniform. The outfit was much less revealing than here normal attire, but did not leave her looking any less attractive. She commanded the entire presence and attention in the room. She strode up the left side of the table, not looking at anyone directly. She slowly pulled her seat out before sitting down. Every move she made was smooth and calculated, to command the most amount of fear and respect possible.

“I’m glad to have all of you assembled here today. You’ve read the memo, and you know why we’re here.” She looked to the left side of the table were the leaders of Ajunta Pall, Kelly Mendes and Azmodius. Abadeer was also sitting here, closest to the head of the table. To the right of the table was Karness Muur’s leaders, Furios and Malice, along with Arden and Laren. Arden’s chair was closest, Laren’s was at the foot of the table.

“Many of you have your own sources of information, spies and other lines of communication, but hopefully you should all be aware, war is coming.” There was a slight amount of murmuring across the room. “Most of your concerns have come down to this: Where does Plagueis side itself?” The murmuring ceased, all eyes turned to the Dread Lord. There were three main camps that people landed in. Those who sided with the Grand Master, either out of respect or fear of Pravus’ power and position. Those who were opposed against him, many of these rebel cells now calling themselves the Lotus. Then there were a solid percentage of those who believed that Plagueis was in need of some rebuilding, and didn’t need to be stepping into to conflict on either side currently. Everyone was waiting with bated breath for the Consul to take a position. There would always be someone upset with the move, but currently there was no declaration of position. It left many people feeling like Plagueis was in limbo.

“Well Master? Tell us, where do we side? Where are you moving Plagueis to?” questioned Malice. She was never one for long amounts of patience. Selika eyed her dangerously for the interruption.

“Do not concern yourself with that for now. There are still matters which must be considered before I’m ready to share that information with you. Regardless though, of wherever I choose to move our forces, we are not ready.” The Consul looked at the leaders, some with looks of light confusion. It was the Proconsul’s turn to speak, the towering Togruta rising to his feet.

“The Dreadlord and I are supremely concerned with our military’s capabilities. We have come out the other end on a number of conflicts recently, but not unscathed. The Geonosian assault has recently showed our forces inability to cope with conflict. With war on our doorstep, this is unacceptable.” The thought left to hang in the air. “We’re in need of a capable and rapidly efficient military. We’ve fallen behind, attempting to rest on our own laurels. This is no longer acceptable.” There was an air of resentment to this statement. No one liked hearing that they were incapable, regardless of the truthfulness of the statement. Arden stood, bringing the attention to himself.

“To prepare us for whatever we might have ahead, we’ve prepared some battle scenarios that we’ll be putting you and your forces through. We’ve prepared the scenarios particularly for the situations that we think our military is most unprepared for.” Arden swiped on his notepad, sending a light blue hologram to the middle of the room. The projection showed info on several subjects. Plagueis’ roster and numbers, as well as other important aspects of the military’s abilities.

The Summit council room was filled for several hours with discussion, arguments and compromises for the coming preparations of war. The House leaders were dismissed leaving only Selika, Abadeer and Arden. After she was sure that there were no more listeners in the room the Consul addressed her subordinates.

“As I said before, there still is an amount of uncertainty in our position. Where we side could tip the balance of the entire war. I am most concerned with where we need to be, and where our alliances need to be viewed for when the war is over. We need to pick the winning side. There are some things I need to do, some people I need to visit before anything goes down. I trust that you two can lead some training drills.”

Arden and Abadeer nodded in the affirmative. They had different views on how the military should be utilized, but both were dedicated to making Plagueis prepared.

“When should we expect your return?” Arden questioned.

“As soon as possible. I insinuated that conflict is on the horizon, but I suspect that it is coming sooner than anyone realizes.” Selika let slip a cruel smile. Plagueis indeed would tip the balance of the Brotherhood for years to come, she would make sure of it.

Reports to Read/Things to Do

There’s been a lot of work put into this one, Aliso City go and check it out. If you’re at all curious about the city where you’re based, the people you live with and just generally enjoy lore, you’ll appreciate this.

And speaking of lore, there will be developments on that front, coming soon. Obviously we’re all a little caught up in everything that’s happening, but we’ll get all of you guys satisfied here real soon.

This month is another Selika piece. Slags always gets the best art pieces, and this one is so you can get a good feel of what she looks like in the fiction above. What do you think of Plagueis’ military uniforms? 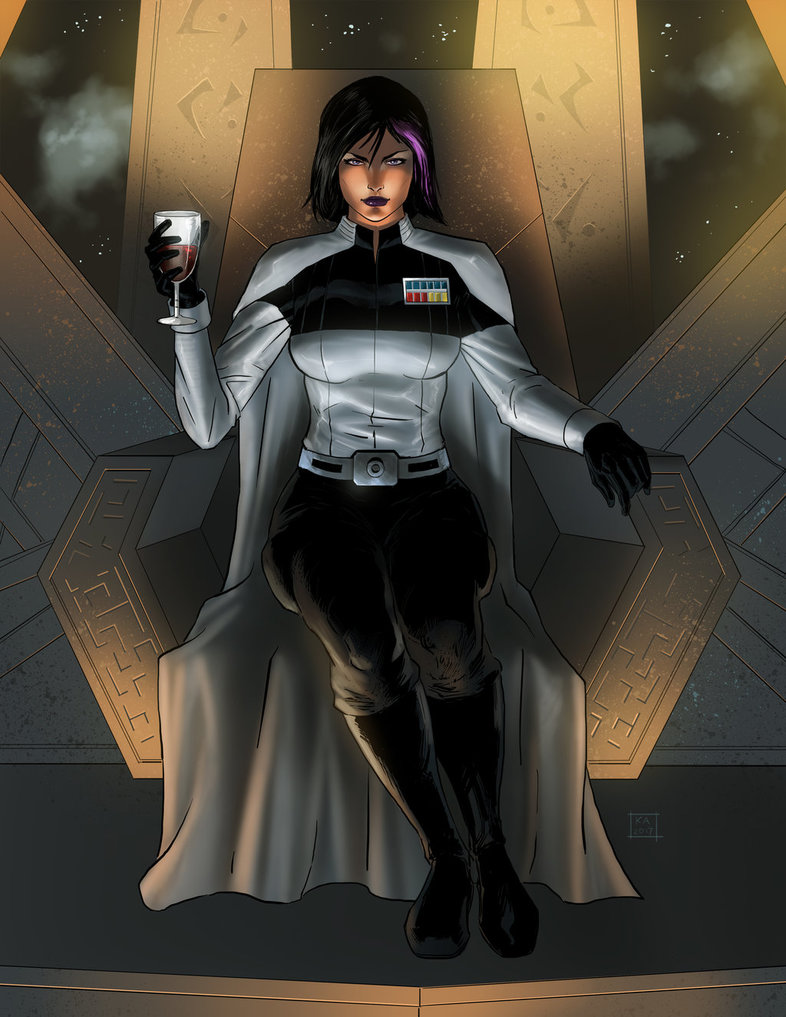 Alright guys, there’s a lot to do. We’ve got the War Games for you to participate in, we’ve got the ACC competition for you to participate in. And very soon after all this is done, you’ll be seeing the Great Jedi War. Please particpate, please work hard. There are shinies and other awards to be had. We just want you to get rewarded for what we know you guys and gals are capable of.

So I wish you guys luck, work hard, and I’ll see you on the other side.

That is all. Carry on!

Great fiction and even greater report! Can't wait for the wargames!

So that's what that artwork was for, saw it a bit ago and it piqued my curiosity.

In response to Kelly, we've recently discussed on the organizing and standardization for the Plagueis military. So essentially any "military commander" in Plagueis has access to such attire if they so choose. Some will like it, others will prefer to stay with their normal robes and armor.

Laren at the foot of the table, eh? Well, how about he just takes that table and shoves it -

Sorry, got carried away. ;) Great report, exciting times, do the things, and war - war never changes.

There were so many "War" quotes to choose from

So who wants to play Global Thermonuclear War?