Quaestor Report #5: Nintendos pass through everything!

Quaestor Report #5: Nintendos pass through everything!

It's been a month to the day since I took over as Quaestor, and as you may have noticed, things have been crazy busy. Shadow Gate has a new Gate Steward(ess), Styx has been decommissioned, we've released a new Faction system for Arcona and released Episode II of Sins of the Past.

Internally, your Summit has been hard at work getting organized, planning out projects, and basically learning about this wacky concept called Project Management. We have a number of items in the pipeline that you'll be hearing about over the next few months, from wiki revamps to unit plotlines to public unit reviews. A huge shout out to Kordath, K'tana and Zujenia who have taken all of these changes in stride. They're rockstars, and I can't express enough how lucky I am to have them on my team. <3

As if that weren't hectic enough, we just got done moving IRL. Though we're still working on decorating (our new place is roughly twice the square footage of our old, so there's a lot of empty space to be filled), it's been terrific, if tiring. 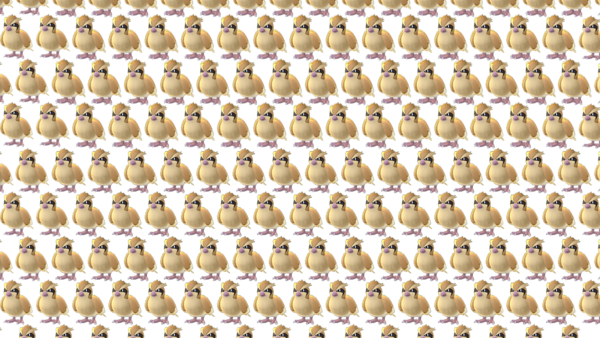 Nothing this month. Instead, why not go check out the latest Clan updates Atyiru & I wrote for Sins of the Past? You can find them all here.

Seriously, go on, read it!

I'm sure we'll still get along fine.

We've got mixed news here, both good and bad, so let's dive right in.

None at the moment. House- and Battleteam-level competitions have been temporarily suspended to allow people to focus on their submissions for Sins of the Past.

Sins of the Past

Blurb brought to you by Atyiru!

Welcome back to Sins of the Past! As you'll recall, this is a series of 4-week events that will help shape the fictional landscape of the Shadow Clan. Plot updates will be sent out over the Arcona mailing list on a weekly basis, as well as made available on the Brotherhood’s Discourse. Remember, your submissions will help shape what does and doesn't become part of the new Arcona Canon, so get excited if you're not already...which you should be (hiiiint hint).

You can find all the competitions for this Episode here, including the Special Event, this time a retro style ACC Race that hearkens back to the days when Sashar/Teroch was Combat Master. The goal is to win as many matches (and lose as few matches) as possible during Episode II. Further details (as well as how to sign up) can be found in the relevant sub-competition. This event is worth a lot of points, so don't miss it! Remember that you're practicing your ACC writing skills for the War, space cowboys. If at first you don't succeed, fight, fight, AND FIGHT AGAIN!

Just look at all these active matches right now. You've all completed just as many. Now double that number, Arconans. DOUBLE IT! LET ME SEE WHAT YOU'VE GOT!

We're already knee-deep in the thick of it, with Week II's dramatic updates already released, so be sure to check out all the updates on our Discourse thread if you miss or lose an email in the depths of that inbox!

Don't worry though. I've read ahead, and everything turns out just fine…

Additional competitions can be found in the Competition Center.

Below you will find the numbers used to determine the scoring and the leaderboard itself.

As usual, Strategos knocked it out of the park!

This is a new section I'm trying out. I always figured you guys got enough of me babbling on without something like this...but apparently they're popular, so let's give it a try!

I know, this one doesn't fit the theme. But it's the #BestAttyGif ever.

Seriously though: the next one is already planned out (as is the rest of this Episode). There might be a spot open in the next Episode, though, if you're still interested. :)

There you have it, boys and girls! You've got plot updates to read, competitions to win, and a lovely Summit (myself excluded) to support each and every one of you. We're hard at work trying to make House Qel-Droma the vibrant, ass-kicking House we all know it can be. You'll be seeing a number of updates over the coming months to long-standing projects that are finally seeing some movement. I promise. For real this time.

For those of you who made it this far: why Quaestor Report #5? I decided to continue numbering them from the last time I was QUA of HQD. Both for continuity, and as a reminder to myself that I was really bad at putting them out regularly in the past, and you guys deserve better this time around.

Looks like there was a slight issue with the links initially. They should all be fixed, but if you notice any that don't work, drop me a line and I'll get them corrected. :)

Undomesticated equines could not prevent me from enjoying this report.

Undomesticated equines could not prevent me from enjoying this report.

I'ma win all the things. Okaybai. (Also! OMFG ALL THE STARGATE GIFS!!! EEEEE!)