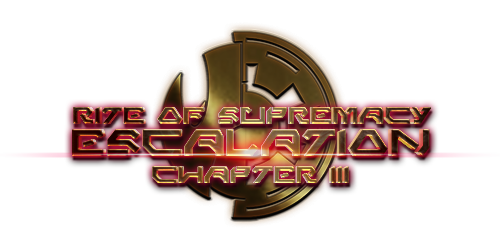 “That kriffing schutta!” Kamlin cursed loudly as she ran. Beside her, Adlez, breathing heavily, was trying to issue commands to the troops loyal to them while not tripping over the vegetation.

“We are running for the tree line, get here now!” Adlez shouted into her comms as she stumbled over a series of rocks. A volley of blaster fire shot over their heads. Warning fire. Both women felt a slight relief that at least those following the short-sighted Vaiyra were unwilling to try to kill the rest of the Triumvirate for her.

“You are lucky she was shaking,” Adlez said, glancing at Kamlin. Kamlin touched a hand to her cheek and winced. It had been too close for comfort, enough to burn, as the blaster bolt had missed, landing in the terminal behind her. Several other shots had followed as Kamlin and Adlez dove out of the tent.

In the present, several soldiers fell in around them, a defensive barrier of organic shielding.

“Into the city! We can regroup there!” Adlez shouted.

I made you pants, just cut out and fold over to wear.

Nice fiction, Xen, and a good cap off to a fun event.

So anyway I started blasting

You owe me lava cakes for this fiction.

I SAID HEY WHATS GOING ON?!