[COU] High Councillor Report #4: War and the Great Beyond

[COU] High Councillor Report #4: War and the Great Beyond

Well, the war is over. We aren’t first clan anymore but that’s never been integral to our identity and what we strive for as a clan. As your consul, what I wanted above all else was for you to have fun and do your best. I’m happy to say that I’ll be celebrating that spirit and the accomplishments it's achieved for much of this report. In addition, there is a bunch of news to share, some competitions to spotlight, projects, and I’ll be covering some upcoming plans for the clan. Let’s dive in. I apologize for the rugby gifs in advance. :)

Welp, we weren’t able to keep our streak going but we are a solid middle of the pack. I send congratulations to Arcona, Naga Sadow, and Vizsla for their first through third places respectively. The questions I ask myself as consul are two-fold: did you all fun doing it and did you try your best in whatever competition you did. As your constant cheerleader, I can proudly say that I saw people having fun, trying their best in whatever competitions you chose, and putting forth a lot of work despite some pretty hellish real-life situations. I know some of you have been hard on yourselves and its true that there is room for improvement, but remember that one competition entry determined some of the overall placements during this war. Every competition counted so first I thank everyone who participated during the war for your clan, starring those that hit all bins. Some of you even earned your first nova!!

Several Odanites did exemplary work during the war. As such, I’ve dedicated this section to their excellent efforts for the Clan, whether it be through competition entries or overall placement. Please take a moment to look over the triumphs of Odan-Urr and congratulate your fellow Odanites. There are a lot of good entries here that a lot of us haven’t probably seen yet. :)

First, two of our own placed in the top 10. Join me in congratulating them on a job well done!

Second, I’d like to put a big spotlight on those that placed in the competitions during the war. A Great Jedi War is heavily favored towards placement and many of you tried very hard to do so. If the entrants decided to share it with everyone, it will be a public link. If not, it will be a private link for Odanites. Of course, some opted out entirely. Join me in commemorating their hard work and effort by taking a look at their winning entries. :) 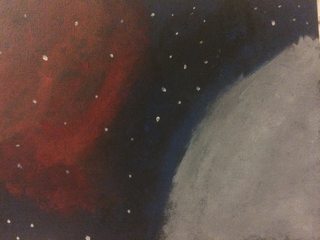 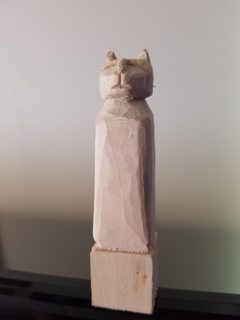 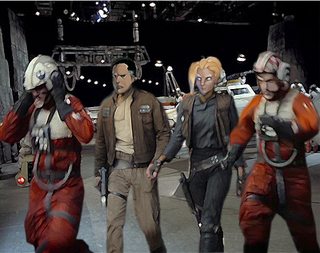 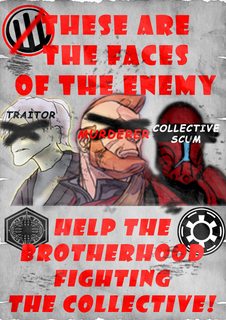 The Story so Far: 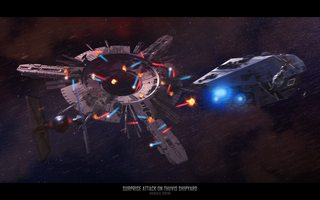 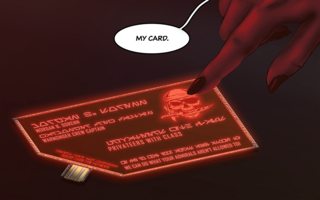 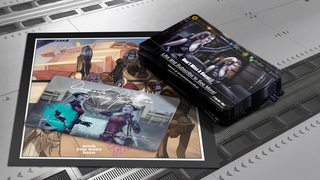 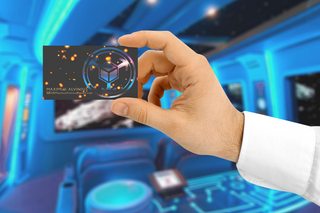 Mav is old and hates gifs: 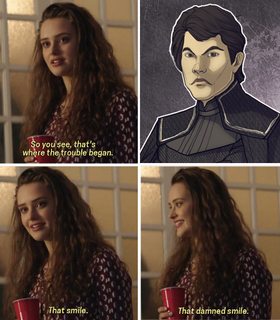 Well, after going through all these all I have to say is wow. Their were so many amazing entries. The art was beautiful to look at. Several of those entries made me laugh. We had some nice gaming placements. Our audiobook, sudooku, and battleplans were on point. And I liked reading the fiction. Great work to all that placed and thanks for all the energy and effort you put into them. For Odan-Urr!

Continuing this hype train, it is my absolute pleasure to announce the following promotions and merit medals. Please congratulate your fellow Odanites and their recent accomplishments!!!

Now that the war is over, we’ve started our projects back up. We have a few in progress and a few nearing completion. More will start to pick back up during October. :)

Wiki updates seem to be never-ending and we always need helpers to wiki-code things. As such, it also tends to get you some nice shinies. Help us record our history.

These are coming back now that the war is over. You may have noticed us doing Battlefront 2 calls as of late during the weekends. Have an idea for an event? Let us know. ^^

Wiki page to reset expectations on Jedi and Force Users. Over time it became clear we needed to show not only Odanites but the rest of the club that Jedi didn’t just follow one code. Your summit along with some volunteers have put together a wiki page to capture all this goodness and let you know some of the codes we ascribe to as a Clan. Check it out here!

Led by Len Iode, some content contribution by Celevon and Ka Tarvitz, and coded by Archenksov. Thank you guys!

New academy for our Loyalist characters, much like the Jedi have the Jedi Praxeum. Led by Len Iode and coded by Sa Ool.

This list will change over the month of October so if you want to get in on some project work just let one of your leaders know. My door is always open. We don’t have all the good ideas and you get cool shinies/promotions for helping out the clan!

Now that October is underway there are a few things coming up that I’d like you all to know about.

Tarvitz Asks: “Now that the Great Jedi War is out of the way, may I ask if you can offer any hints as to what stories might follow in the months to come?”

Gavriel Asks: “Maybe just a different version of that question: What's next/on the horizon for COU, both in terms of story and upcoming event plans?”

Aura: I’ve answered a bunch of this in the Upcoming Plans section so I’m going to point you up there but I tease with this music video. I’ll also take this opportunity to address the upcoming event plans. There are some plans in the works for a House event and I’d like to also get in a clan event sometime after that. I know it’s a little vague right now but we’ll have more to share as this month moves along. Also, we will be putting more energy into our weekend events as well for gaming and ideally fiction.

Tarvitz Asks: “What is best in life?”

Tarvitz Asks: “Are there any more animals you would wish for Solyiat to have once writing on the ecosystem starts again?”

Aura: Silly answer: Gigantic Fluff monsters that only a SW Hagrid would love. On a serious note, I’ll have to think more about this. I know I like worlds when mammals and dinosaurs exist on the same planet. That’s all I have for now.

Ethan Asks: “Can I store failed science projects in the breakroom freezer?”

Sa Asks: “why do you try to kill us all with putting out sushi?”

Ethan Asks: “When can we wax Celevon's whole body to use him as a distraction?”

Aura: Sure. Morgan won’t mind. Celevon, you okay with it? Celevon says yes.

Ethan Asks: “would it be considered a dick move to weaponize a moon for the sole purpose of stealing it to wreak irreversible damage to a planet?”

Aura: which planet? does it have sushi on it?

Ethan Asks: “Are we finally going to get @MarinakaVyr rehab for his addiction to minis?”

Aura: Nah. It's pretty art. But he has to share them. Sharing is caring.

Ethan Asks: “Please tell @Revak to stop eating my cookies. Those are mine and I put them in my desk for me, if they were for everyone else, they'd be in the coffee room.”

Aura: So Revak is the cookie monster. Got it. Well, I'd say leave a trap for him next time...

We have a lot of work in front of us but many of you exemplified the Odanite Code and it's that spirit that will get us back up to the top. I believe in every single one of you and your ability to make Odan-Urr even better. As you look back on your experiences during this war, pat yourself on the back for the things you’ve done well (your clan certainly is) and take note of things where you can do better. Odan-Urr is a family and I promise you your summit will be working hard to make sure we all have fun, improve our skills, and give you plenty to do. Now let’s go forth and kick some ass together. For Odan-Urr!

Also, don’t forget to take the GJW Survey. It’s the only way these can improve moving forward.

~Signed with Pheromones [And Silver sharpie!]

I'm pretty sure the correct answer to "what is best in life?" is: To crush your enemies, see them driven before you, and to hear the lamentations of their women!

Starts stockpiling munitions for what is to come.

Great report! Now to get some other stuff ready.

Excellent news on all fronts then, and thank you for answering the question of what will follow. This should make for a very entertaining few months.