Plagueis Consul Report #5 - Be The Ball

Plagueis Consul Report #5 - Be The Ball 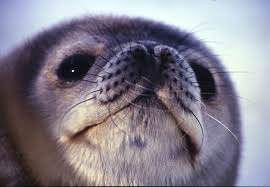 This seal looks ready for business, and you should be to. We’ve got a lot of stuff going on right now in Plagueis and even more coming down the pike in the near future. While the goal, as always, is to have fun, if you/we want to win, we need to get serious. As you probably know, the Plagueis Pro Bowl is in it’s final week. This is a heavily participation driven event, so you should really try and get in a submission to every event. Don’t think you’ll win, who cares! Just put something together and get it in. Heck, I’ll be the first to say that some of my entries weren’t up to my usual standards, but, as of the time I’m writing this, they’re all in. Heck, I even had fun with a few of them that I didn’t think I would. I even found myself both gaming a lot more (I literally have gotten over 2/3 of my clusters of fire in the last month) as well as looking for pictures of a gaming seal (result here for one of the graphics events. Even got carried away a bit and made some propaganda for the whole event

As fun as the pro bowl is/was though, it’s only the start of what’s going to be a busy few months for us in the DB. As always, we have the clan run on, Run-On The Song of Discord and my hope is that, with the Pro Bowl done, we can get back to it as I’d really like to accelerate the plot. Why you ask? Because in the very near future, we’re going to have a Rite of Supremacy. Mav talks a bit about it in his recent report, but in short, this is another event where participation is going to go a long way towards determing the ultimate outcome. More details as they become known, but if you thought doing all the things was important in the Pro Bowl, they’re going to be even a bigger thing come the RoS. In the intervening time though, I’ve asked the summit to start putting out some low level, fun events to do to keep things fresh. If you want to run something yourself, I encourage you do to so, though I would ask you let Ronovi and I know so that we can keep tabs on what’s going on so we can add additional content where needed.

First, from the world of gaming, we’ve had a couple reports recently from the Fist and his Praetor regarding recent gaming news. While the Fortnite test didn’t go that well, there is another upcoming test for a new game starting tomorrow. This time, the game under scrutiny is Warframe. I don’t know much about this one aside from the fact it’s about some sort of space ninjas. Not my thing personally, but if it’s something you’re interested in, please go play it with other DBers (I’ve even seen our illustrious DGM playing it...) and submit games because it sounds like a fun one. Of course, I’m still trying to get people into a certain game where you shoot at boats but, well, I can sense Drac glowering at me already.

In other news, we’ve also gotten a report from our Headmaster. Seraphol talks a bit about what’s going on in the Shadow Academy including a possible revamp of the SA Society, new courses, and the dreaded audit. I’ve had a couple people come to me about issues in the Shadow Academy and I’ll tell you the same thing I told them, the SA is always working to improve things. If you see a problem when you’re taking a course, have ideas for new courses, or other ways to make the experience better, I’ll happily hear you out, but then point you to Seraphol and his team (one of whom happens to be hanging out over in Ajunta Pall named Kelly.) One thing mentioned in the report that intrigues me is the idea of training videos.

So, first a bit of an update on something I mentioned in my last report. When Silent asked Arden about whether he had any seal plushies, I chimed in that I didn’t either. When I thought about that, I concluded that was a travesty that required prompt rectification. After some searching, I found just the right one and now, I can say, I haz SEAL! 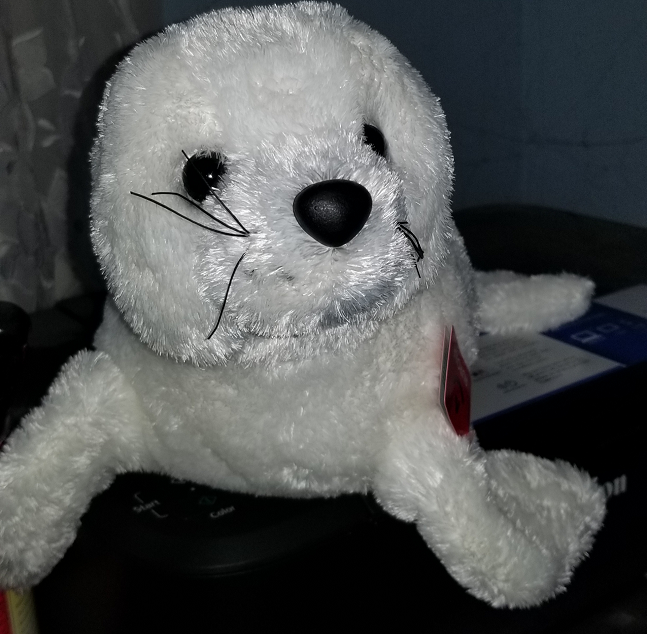 Yes, he’s really, really, really soft and cuddly, useful for hugging after stressful Overwatch games. Yes, I’m into Overwatch now. I blame TuQ since he mentioned the fact there’s a hamster in the game. His name is Hammond and he drives a death ball. I couldn’t help myself. See for yourself , this rodent is amazing fun to play with. Anyway, time to wrap this report up with one little inspirational statement from my new furry friend.

Ugh, maybe I'll have to get into Overwatch so that I can play with you people. Warframe looks decently fun, though, as I don't have to spend the entire time getting destroyed by experienced players. :P

Warframe is quite solid, especially for a free game. I mainly played alone, though it's much easier to play in groups. I feel like it could really benefit the DB, especially in a PVO/PVE capacity.

Also, don't fight the participation domination. Submitting an entry to each possible event is worth waaaaay more than a placement that you spent the entire time on. Further more, you can get all the quick entries in first and still spend the rest of the time on one or two entries you really want to try on.

I apologize for nothing!! OW is a lot of fun with a huge amount of support in the DB. As for Warframe, I am loving it so far and I have high hopes for DB support, if anyone is looking for someone to play with I have it both on PS4 and PC!

short report, even for the bug.