Hello Scholae Palatinae! Time for another Consul Report. While we’ve been enjoying a nice breather this month as a clan, there still has been a lot of activity from you all, and some big announcements in the club as a whole to address.

There has been a few position changes in the club this last month, as well as a handful of ones that are still open I’d like to point out.

First and foremost was the appointment of the club panda, Howie, to MAA, following the resignation of Aabs (Zanet Zackson) from the position. This was one of those more immediate action placements from Sarin and Mav, and for good reason. Howie has been a major force in the MAA office for a LONG time and obviously already has the bandwidth to handle it. Make sure to check out his first MAA Report if for nothing more than the epic report art he has.

I also want to give a shout out to Blade Ta’var, our wonderful Excidium QUA who was just recently appointed to be an ACC Judge! Go have a match or ten and keep her busy!

In terms of a few open positions, Slags has opened two Wiki staff positions with an application deadline of Friday, February 17th. Additionally, while it would involve becoming a smelly jedi, Odan-Urr is looking for a new Rollmaster. So if you are interested in this please apply. COU is a great place to be.

First off, a policy update from the JST which luckily won’t affect many of you, and hopefully won’t down the road. It is now possible to in very specific situations, to get a Letter of Reprimand removed from your dossier. For those of you who don’t know what these are, hopefully it’s not something you ever have to experience. These come from CoJ related hearings and serve as records on a members dossier of a judgement.

On the gaming front, Drac has recently outlined some changes. First, the DJB Gaming channel is the only officially supported gaming channel on telegram. There is also going to be some further tweaking to Destiny and Overwatch awards. The mobile game Galaxy of Heroes will also see only awarding participation credit and CEs from Q2 onward. Drac also included a great section talking about how to get new games supported as DJB platforms.

On the Art-front, we have some news as well. First up, the Graphics Competition Archtype is officially a thing now. This allows for a somewhat easier system to get your art competitions to award Clusters of Graphite. Those clusters of graphite are going to come in handy, as Vyr has officially stated they are talking about the creation of a Art Society much like fiction’s Inquisitorious. They are hoping it is on track for a summer time release! This is pretty exciting movement forward, especially since I know we have quite a few of you who are really into the arts.

The first major content update for Possessions has gone live. This includes a lot of items featured in Rogue One, including the KX-series security droid and the U-wing!

The ACC has also seen an important update, the much requested co-op hall! This means it is now possible to have a 2 person PvO match! This is great for people wanting to write together, but not necessarily fight in character against each other. You can check out the hall for some already run battles, and hopefully you will decide to give it a go!

When we last left our clan storyline, the Empire was in shambles following the New Dawn take over. Xen was a lovely vegetable chilling on Caina, and there was much death and ruin to recover from. As a continuation of that thread, Elincia released a fiction update going over the immediate following days.

The next “major” update on the clan fiction front will really be the Voice’s update highlighting our fleet’s destruction. While yes, we’ve made our purchases and what not, that nuking of our old fleet still needs to occur, and it will be taking place in this time following Midnight. Along with that we have some rough sketches of a CSP specific fiction update that further elaborates on that destruction and what follows. Obviously details on both are to come. But spoilers expect some big booms and some continuing big changes for the clan, and then the return of Xen, hopefully not baked or mashed.

Over the month of January three competitions were held for custom cosmetic aspects, custom modification aspects, and names of the ships in our fleet. We had many excellent ideas which we will be discussing and combining with our own to make the final list.

Katyusha took first place in the naming competition for coming up with the names Krennic and Veers, which fit in very well with the present naming system and were two names we overlooked when coming up with the original list. From Jorm, the carrier name Hawkbat Eyrie took my eye and Derek’s suggestion of ‘Legacy’ is definitely one which we will be using.

Jorm took the cosmetic aspect competition with a well-written, simple design. There’s nothing fancy about this, but it gets the feeling across very well. Chrome covers this vessel from stem to stern, turning it into a gleaming blade. Both dorsal and ventral hulls proudly present the sigil of Scholae Palatinae in black. Topside, the banner is located midships. On the bottom, it is centered on the reactor dome, if the vessel has one.

In the modification aspect, we loved Dek’s creativity in using the tractor beams on the ICN Vaderto create a hologram. Seems pretty well balanced too, and something that would be great to see in one of our ships: Scientists in the Eternal Cocytus Empire, under the research head of Elincia Rei, have advanced the projecting capacity of the tractor beams and changed them slightly in order to allow a false image of another ship to appear in attack formation alongside them. It can move close to the ship as well as in similar attack formations. However, it requires the use of the tractor beam generators and thus cannot be used alongside them. Also, switching between the systems is slow, and thus once the holographic image is not used anymore, it would take awhile to change back to the tractor systems, allowing people to take advantage of the lack of tractor beam generators.

You can expect a little more breathing room as February progresses. A combination of avoiding burnout, wanting to let the Houses run their own things, and wanting the fleet nuke and all it brings, has put our plans for the final act of the Order Campaign on pause. So while there isn’t a stakes event running, there is still plenty of things to occupy your time, including many competitions being run by your clanmates. So please be sure to check them out!

Obviously the big thing on the horizon is the coming of the Great Jedi War this late spring/summer. We are hoping to keep everyone engaged and energized with this very big important event coming at us, but also want to make sure we don’t overload you with different things going on. It’s a delicate balancing act, and if you feel we are straying to far to one side on that give us a poke.

We do have quite a few [REDACTED] plans coming too, which we are very excited about. This will be a big year for things going on in CSP so I hope everyone is ready for the journey we are going to go on! I can drop a slight spoiler in that we are planning on updating the CSP logo. There is no time frame on it, but it is something we’ve started talking about and working on. The days of the Dragon, Sword, and Sun are behind us, it is time to look forward to what we can achieve.

Alara asks: What would you like to see Tacitus Athanasius accomplish in regards to all the drama involved with you becoming a potato?

Alara asks: If you, being a potato, were turned into potato chips, what flavor would you be?

Katyusha asks: Do you ever wonder why we are here?

Jurdan asks: does the next clan comp involve you coming back from no where and the destruction of our fleet?

Derek asks: Would you like to hate wookies with me? Also, do we have NPC Admirals and generals and the such who command or fleets and armies?

Jurdan asks: when is the next round of palpatine scheduled for?

Reiden asks: to potato, or not to potato? That is the question. Also: if you could pick one person from the clan to be CON for a day (other than the PCON), who would it be, and why?

Lexiconus asks: looking back to this time last year, you made some goals, do you feel that you completed them?

No boredom, only life

Reiden asks: what do you think of Shadow having babies? And will you babysit (whether as potato or non-potato)?

Lexiconus asks: Got any more side projects in your illustrator program?

Alara asks: Do you think the public will believe your speech?

Reiden asks: how happy are you that Zehsaa made you that mead bath? :P

Derek asks: Which house is your favorite?

Lex asks: Why cant mathematicians do arithmatic? I thought you could all do basic math! :P

Lex asks: What type of steak do you enjoy?

That wraps another Consul report everyone. Keep being awesome CSP. 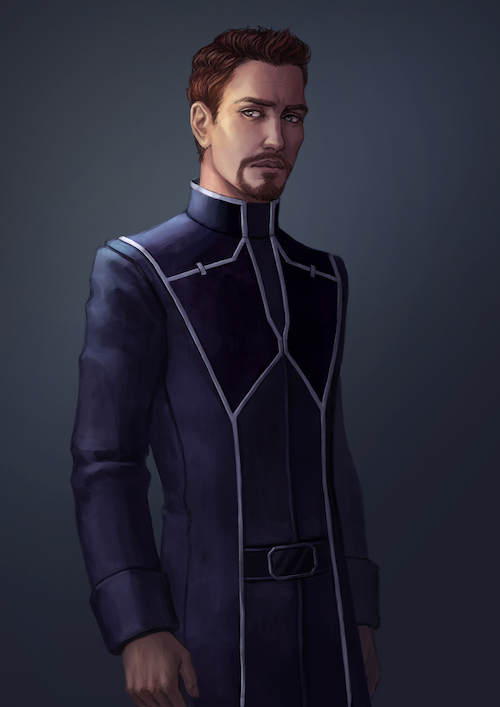 Unfortunate. It's okay, I'll destroy the Wookies myself

There has been an un-potatoing, have you felt it?

Love the wardrobe in that character art!