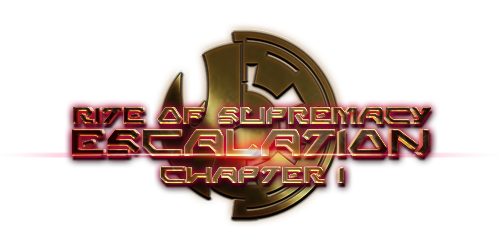 Some would call the Garganta Galleria Casino and Hotel resort complex gaudy, tacky, overdone. They would be right. From its unique bulbous buildings to the gold filigree and astonishing amount of neon lights, the entire complex stood out among the beautiful forests and coastal regions of the Qotho Peninsula.

In the decades since the fall of the Empire, the Hutts had worked on transforming the remote outpost world into a minor galactic oasis. While the upper class may have had Canto Bight, they had the Garganta Galleria.

The brainchild of Py’zah the Hutt, the lavish resort was now a paradise for the underworld of the Galaxy. Hutts, Crimson Dawn, Black Sun, Pikes, and even up and comer groups such as Kanjiklub and the Guavian Death Gang were all welcome on the planet. Credits moved from hand to hand, and alcohol flowed continually, among other illicit substances.

Today was a special day for the resort. The Nevo Grand Prix was scheduled for later that afternoon at the Nevo Race Track, and later that evening an illegal deathmatch between heavyweight champion Da’wain “The Rock” Jhonsson and “Stone Cold” Stav Ustan was set to occur. With many very wealthy criminals on the planet for the doubleheader, a rare open exchange of goods was set to kick it all off, an exclusive auction for those who could buy their way in.

Py’zah the Hutt himself was listing some dozen private art pieces he had acquired over the years, alongside a substantial amount of rare weapons, ships, and what he claimed was the only living specimen of a “weebic” in the galaxy.

“De wanna wanga, Diksin,” Py’zah said loudly as the auctioneer took his place upon the stage for the auction.

“It’s Diqqenz, your excellence,” the man said. He tipped his hat before turning to the microphone. “And welcome our esteemed guests! Today we’ve got onewe’vegottwonoI’mseeingthreenofour- for-BIDDEN items up for sale.”

The event hall was packed. Those with money sat on lushly padded seats. Their hired guards stood, and along the perimeter of the room the resorts own hired security kept a watchful eye. Among the crowd, however, were four individuals all unaware the others were present. If they had been, what followed might have gone differently.

“And now we have this lovely crate of rare Jedi crystals! Taken from the Jedi Temple on Coruscant itself following their attempt to overthrow the Republic these crystals are sure to liven up any living situation you have. Do I hear five-fivethousandsixseventhousandeight nine-HUNDRED thousand credits to the gentleman in the lovely coat.”

Welcome to Dandoran, located in Hutt controlled space, this lightly populated planet has seen growth in the years following the fall of the Empire. With large chunks of the planet under the control of the fearsome Hutt Crime Boss, Py’zah the Hutt, we now find ourselves amid conflict between the Severian Principate, The Tenixir Revenants, and the Hutt Cartels.

Here is information on some of the available locations for you to engage in your supremacy demonstrations. 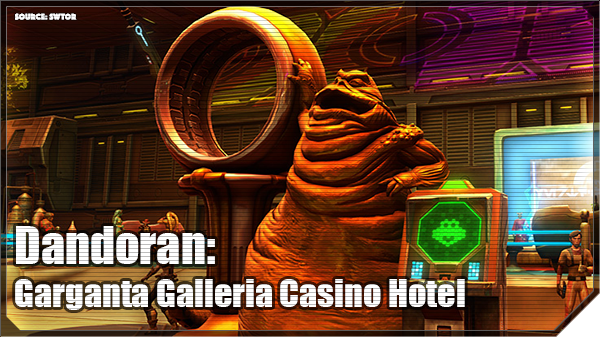 The Garganta Galleria Casino Hotel is a massive, sprawling complex of bulbous buildings shaped like fat flower buds moments from sprouting. Made all of gilt and glitter, the entire outer surface of each "bulb" is lined in small lights like a second skin, their burnished luminescence reflecting back off the gold-plated walls, casting the whole city around them in a fiery glow. Golden steps lead up to the grand doors of each building, where anyone wealthy, powerful, or beautiful enough can attempt to gain entry on the whim of the sauvely-dressed, discreetly-armed doormen. It is, in short, spectacular, a beacon of riches, revelry and chance.

Surrounded by leisure gardens and fountains with footpaths wide enough for a Hutt's palanquin and procession to parade through, the resort area boasts every thinkable luxury amenity while the casino proper hosts games of every kind, with stakes ranging from hefty sums of credits to trade deals and illicit goods to slaves and even contracts for servitude. The staff is exclusively composed of servants and armed subordinates of Py'zah the Hutt, and each of them are loyal to His Fatness, on pain of a trip to the races, or worse. While anyone visiting Dandora is welcome to try their luck — and the house's generosity — at the casino, the hotel patrons only those Py'zah permits, usually those who can buy their way into his graces or intrigue him with an offer, and no riffraff is tolerated in the resort's halls. Any guest is thoroughly checked, any lack of pedigree or poise thoroughly discarded, and any attempt at resistance thoroughly punished.

The Garganta Galleria is also a host not just to guests and fortune, but to any number of events. With plenty of available space to rent, Py'zah welcomes the holding of auctions, balls, operas, conventions, seminars, exhibitions, circuses, black market trade-shows, bloodsports, and most other group activities, so long as his prices are paid and his rules, changeable to a whim, are respected. 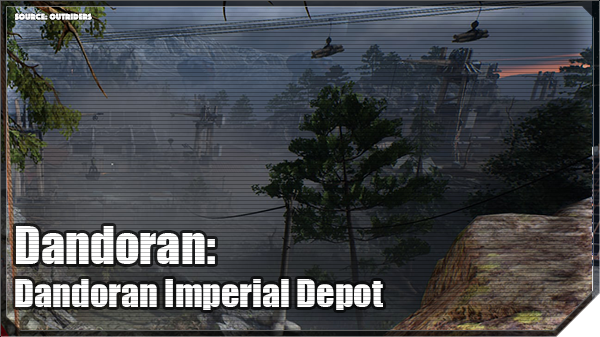 Once the location of an immense Imperial industrial foresting complex, the Dandoran Imperial Depot was a lumbar yard and storage depot for the Empire during the Galactic Civil War. Following the abandonment of Dandoran as a strategic location and failure of experiments at other facilities, the depot was firebombed into slag, leaving only skeletal metal remains of warehouses and processing facilities. Stray machinery was all left behind as well, dotting the barren landscape that had been cleared by deforestation in the Empire's efforts. Ranging from medium-sized cargo-container lifts to massive haulers and line-belts to truly behemoth sawing devices, the space of the depot itself and the neighborhoring forest is a graveyard of dangerous equipment covered in rust and overgrown by vegetation creeping back in.

Despite all this, the lumbar yard is actually a prime destination among Dandoran's denizens, known to provide ample room for bonfires and gatherings and all manner of otherwise illicit activity that may blow off steam away from the city. The surrounding forest that was left unscathed by the harvesting provides many hiding spots and plenty of kindling, and while the local wildlife gives the depot a wide berth, anyone traveling far enough into the weald may encounter scared or hungry predators. Occasionally, Py'zah the Hutt will leave corpses strung up around the yard as gruesome surprises, a reminder to the partygoers that while they be given leave to enjoy the area, they are not out of his bilious sight.

The Fields of Promiscuity 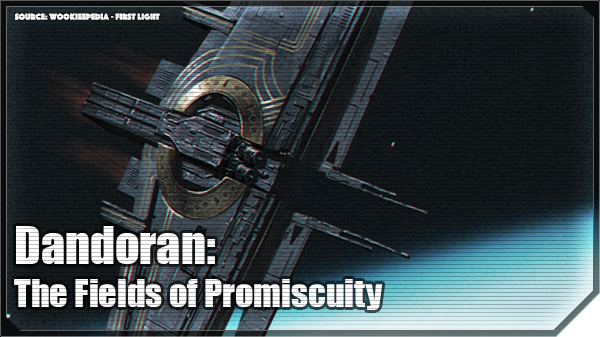 When a visitor first steps aboard the crown jewel of Dandoran's spacefaring scene, The Fields of Promiscuity, they will be stepping into decadence. Despite the gleaming durasteel of the outer hall, not a speck of drab metal is visible in the interior of the immense pleasure yacht. Instead, swirling, pristine marble lines every floor, rich wood every fixture and edging, velvet and satin drapes the walls and frescoes the ceilings, heralding the conquests and beauty of Py'zah the Hutt. Decorated lifts ferry between the decks, and each one is its own biome of indulgence, with an entire two decks dedicated solely to the kitchens and the production of the finest feasts, housing gardens for fresh produce and livestock holding and butchering for meats. The lowermost deck serves as a hangar, while the next lowest provides quarters for the live-in, round-the-clock staff that keep the entire yacht in working order every hour of every day, just in case the master should wish to use it. An expansive pool deck with a wave pool, jacuzzis, and towering slides built to fit a Hutt, while yet another provides for entertainment and dining.

Only the uppermost section of the ship seems to retain any real naval utility, with the control rooms and systems on the command deck proper. The yacht has no offensive power, though its shielding and armoring is as spectacular as its innards, and a small fleet of fighter craft and carriers provide constant escort for Py'zah's most precious gem. 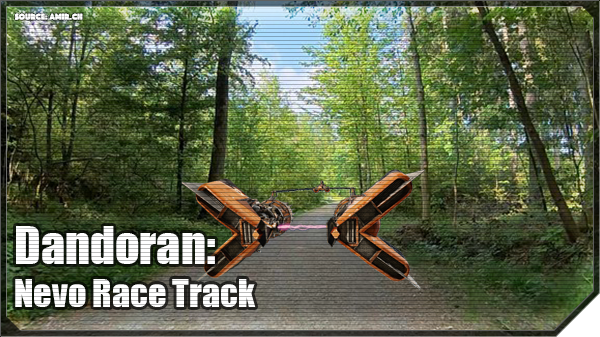 Cut switchbacking through cliff sides, diving deep into ravines, and traversing an expansive forest, the Nevo Race Track circuit runs the entire length of the Qotho Peninsula, beginning and ending at the outskirts of Tipool City. The entire course is a veritable maze of drastically changing terrain, natural obstacles, sharp turns, and even rigged traps for added excitement. Sensors and camera droids line every kilometer of the track, providing live feed to the megaton vidscreens that float above Nevo's hub center, where racegoers can enjoy the festivities of food, drink, drugs, gambling, and the occasional brawl over lost bets. Various tiers of viewing stands are available for purchase, from the most expensive high-rise seats set around Py'zah the Hutt's own luxury deck to the ground floor pit area where churned up mud, motor oil, and bodily fluids cushion the boot-stamped earth. Set apart from the general rabble is the racing pit itself, where racers ready their pods and prepare for their challenge.

While pod racing may be the main attraction each week, the track is also suitable for other daily races with regular speeder and swoop craft as well as animal racing. In addition, the course also serves double duty for one of Py'zah's favorite activities: creative executions. Anyone who draws the Hutt's ire, be they a misbehaving slave, disappointing entertainment, or failing employee, may find themselves thrown into the track, subject to any manner of physical torment. Everything from being dragged to death by shock-prodded fathiers to being the subject of a shooting gallery for other in-favor gang members up above has occurred, and the Hutt is always keen on new ideas, even willing to "take suggestions" from the audience.

I'm looking forward to seeing this Hutt get stuck in his landspeeder and eating himself to death...

Do All The Things

This is why you flip tables Kamlin, stop stubbing your toes xD. Proceed with the RICE method.

Do all things! Except that comp. You know, the one that you know you won't be good at. Except, you can't stop staring at it. Probably cause you have an idea for it but are too afraid that you will fail at it. But the idea might work. Ok, just work on it a little. Though you know those twenty minutes were not enough. Still more finishing touches. But if you touch it up, maybe get a second opinion. A little editing... And we got a placement! Do all things anyway!