Bentre continued to pace the floor, “What are the chances the tablet of Seven Souls is still intact? asked the Consul.

“It is plausible Sir. Again, not knowing the status of the facility is the obstacle. It was carefully stowed away within the archives library,” replied Sanguinius.

“The Final Way? Wow, now we are diving deep into the old testament, are we not?” Quaestor Hades said.

Takagari stood up and stared at one of the orbital scans. Highlighting one of the scans, the Equite pointed to the location of the Sadow Temple. “The majority of movement we see has been around the temple structure. There has also been movement around both the Last Breath Mine and the Incursion Megalith. Looks like they also have been a good concentration of movement in and out of the old city of Anta Kinan.”

“Why would the Collective be snooping around those parts?” asked Malisane.

“Well we are about to find that out Sir,” replied Takagari. “Malisane, do you think this could be the Ekind, possibly moved in and took up residence?” asked the Proconsul.

“Possibly, but it seems doubtful they would move around like that. They would be more reclusive. If memory serves me correctly, there should only be a few hundred remaining. I am sure they are scattered into clans throughout the region. Could be Wookie as well,” Malisane said.

“Do you believe there are still parishioners of Lady Chun among those clans of Ekind?”asked DarkHawk.

“Doubtful. Her reign was quite some time ago, a different age for us then. Although, there could still be a few factions following a watered down interpretation of her dogma, ”Quaestor Malisane said.

“A different age indeed,” replied Bentre. “An epoch we must consolidate with our current ideology. This system, feared our patriarch’s rule, it is long overdue that this Clan instills that fear once again, ”Bentre said with conviction.

The room went silent as the Summit members processed the Overlord’s response. The Proconsul was first to break the thick silence. “Sir, I believe we can accomplish exactly that fairly easily here. The main recon team can converge on to the temple grounds, assess the damage and operational checks. We can separate the House’s and send scouts and recon teams over to the mine area and Megalith. As an added precaution, I would like to request some aerial support scouting these sectors of interest.”

“I will make the arrangements to calculate the jump coordinates. I will have bridge personnel transmit those over to House command ships. Once the fleet is assembled we will begin an immediate launch to the surface,” Takagari said.

“Just as a precautionary measure, let’s refrain from taking the entire fleet. Leave a few ships to their regulated patrols. I do not want all our ships in one place, and if we need the additional firepower, they can be primed and readied, ”Bentre instructed.

“Affirmative Sir. Hades and Malisane, I will leave those details in your charge. Quaestor Hades, if you and HMR could take the mine area, and Quaestor Malisane and HSD, take the Megalith. Set up a five klik perimeter around each structure. Both HMR and HSD merge your air patrols and cover these areas from the air. We should be the only ones in the air down there, inspect and engage anything that is not ours and take them out,” Takagari said.

“With your permission Sirs, I will have Colonel Keibatsu lead the aerial reconnaissance, "asked Battlelord Hades.

“HSD is ready, If anything is down there, we will flush them out, ”Malisane said.

“Excellent Sir, the Perdition will rendezvous with you in shortly. Prepare your forces, gentlemen, time to do some hunting,” Takagari said.

All members of the Summit bowed to their Overlord. The translucent images of the House’s Summits quickly faded away. Takagari continued to study the images projecting over the conference table. Making sure no structure or point of interest has been overlooked.

“Sir, from these scans, Augur Sanguinius stated the explosion came from inside near the Consul’s office correct?”

“I believe that to be correct. Why do you ask?”

“Well Sir, if that is the case, someone getting that far into the temple, had to have an inside accomplice. We could potentially have a mole that will need to be addressed. Whoever it is, they knew what they were doing, that is for sure, ”DarkHawk said.

“Something definitely needing the Clan’s attention, ”Bentre said with certainty.

Warlord Sadow hailed the bridge and instructed his command section to take the fleet to Sepros.

Hello my fellow Clanmates! Welcome to another edition of one of my quirky PCon Reports! I hope that the second part of Clan fiction fires you up and ready to lay waste throughout the system!

I know that the boss has already put out a report, and I asked if I could do a follow up to showcase none other than YOU! I wanted to get this out before things start to get really hectic within the Orian System. So you all get ready, get those vices of destruction primed, things are about to get crazy within the Clan.

But before all that beautiful symphony of destruction can take place, Summit wants to make sure the accolades, however big or small, get recognized throughout the Clan. We have had a pretty strong past couple of weeks so let's jump right in to it shall we...

Competition: Fight for your Right

Bestowed with the title of Sadow

Competition: Fight for your right!

Here are a few helpful links to the AMAZING news in and around the Club!

Go here and get your game on! Lots of fun comps that are active. Get in there and earn your shiney's and show your support! 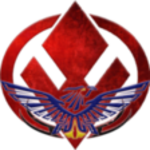 First of all I want to thank all of the folks that not only (CO)Org comps but participated! YOU are what make this Clan. As you can tell by the Activity blotter, we had a pretty solid month of activity. I would like to see our new folks get squared away and partaking. If anyone needs assistance with getting themselves set up please reach out to one of us! I am VERY proud of what we have accomplished thus far. I think that with what the Boss has planned for us in the coming weeks, we will begin a new legacy for Clan Naga Sadow. Your skills and expertise will be vital to our success so ready yourselves Sadowans. Our fight is just beginning!