Odan-Urr Proconsul Special Report - "The Man Who Sold The World"

Odan-Urr Proconsul Special Report - "The Man Who Sold The World"

The featured art this month is another Ka Rolding commission for Tekk Parsa 2.0 Be sure to check out his other work. He has a little cottage industry of doing commissions for DJB members.

How can she still place faith in her vague visions after all that has happened?

Turel paused outside the High Councilor’s quarters as the sliding door closed behind him with a whoosh. It was hard for him to not feel anger at the Farseer’s focus on the ethereal when they had very pressing concerns in the here and now. The Ranger had grown to wield the Force as a seamless extension of his will and yet placing his trust in snippets pulled from its currents was simply a bridge too far. He shook his head in an attempt to refocus away from his frustration.

The Proconsul’s thoughts were interrupted by the approach of Xantros. The Duros Rollmaster rounded the corner of the durasteel corridor headed directly for A’lora’s quarters.

“Turel, is the High Councilor in her quarters? I have updated personnel figures for her to review.” Xantros inquired in a neutral tone.

The Human extended his hand to take the datapad. “She is meditating right now, I will take care of this.” Bad news didn’t get better with age and the latest death tolls and missing persons rolls were sure to be full of ill tidings. He didn’t need the Force to perceive the grim task of compiling this data had taken a toll on the Rollmaster.

Turel took the datapad and looked directly into the Duros’ ruby eyes. “How are you holding up?”

After a moment of hesitation the Rollmaster replied, “I do what I must, as we all do.” He turned to leave. “There are Journeymen I must tend to.”

The Journeymen who made it out of the Praxeum you mean.

Turel let the correction that popped into his mind remain unspoken. “Of course, if you or they need anything please let me know and I’ll see what can be done.” Xantros departed with a slight bow, leaving the Human standing in the corridor with the grisly tidings contained on the datapad. He activated the screen and reviewed the Rollmaster’s reports line by line.

So few survived. So many lost. Why?

At a certain point the numbers of the dead grow beyond the ability to fully fathom. Thousands, millions, billions; the scope of such loss was numbing to contemplate. Turel tried to picture the faces of all the souls he had known on New Tython: Jedi, Tythonian and Harakoan alike. Men, women, and children all snuffed out. All that they were, all that they would become, simply seared away in the bombardment.

Turel tucked the datapad under his left arm and began walking down the corridor, each step he took heavy with thought.

Click here to read the rest of the fiction. Also, you may have noticed a certain Quaestor also posted a fiction. We talked earlier in the week and decided on separate Clan/House updates. Also another Quaestor put out a well-written report fiction. Much fiction, such update, wow.

Also you might want to check out the Herald Fiction if you want to know the story of how Vorsa ended up back with us and Morgan ended up as Herald.

And of course there are always some of these folks out there :P

We Are The Rebellion

So as you can see from the fiction update the Clan is moving in a new direction. The razing of New Tython was the opening engagement of a war against the Iron Throne. We are rebels against the Grand Master’s new order. This is a theme that resonates and one that I think many have hungered for. We are unique in the Brotherhood in that we are the only Clan in open opposition to the purges of the undesirables. The rest are either on the Grand Master’s side, like Plagueis or are sitting on the sidelines.

With the new movies and ongoing Star Wars Rebels series, this theme of being the brave resistance fighters to the genocidal machinations is something we need to tap into to recruit new blood to our cause. This is an angle people will want to play, that needs to be front and center in our “marketing” for lack of a better term.

I came to the club because the light path was an option. I probably wouldn’t have joined otherwise. It’s a huge selling point and as a club we have more freedom to be as dark or as light as you want, we need to clearly establish ourselves as the place to be if you want to be the good guys.

Recruit your real life friends, recruit your geek-minded co-workers. Our most successful new members have been direct recruited by someone else. If you know people who have gone rogue, reach out to them, sell what we offer. Our angle is fresh and new and has appeal to those who may have tired from the Brotherhood of old. Don’t poach active members from other clans though, not only is it a dick move, but it will get you a visit from the friendly neighborhood Justicar. I answer a lot of questions about COU from members in other Clans but I always, always, refer them to their home Clan leadership if they seem dissatisfied. We wouldn’t want people doing it to us and I certainly won’t tolerate us doing it to anyone else.

Get out there and build our Clan! 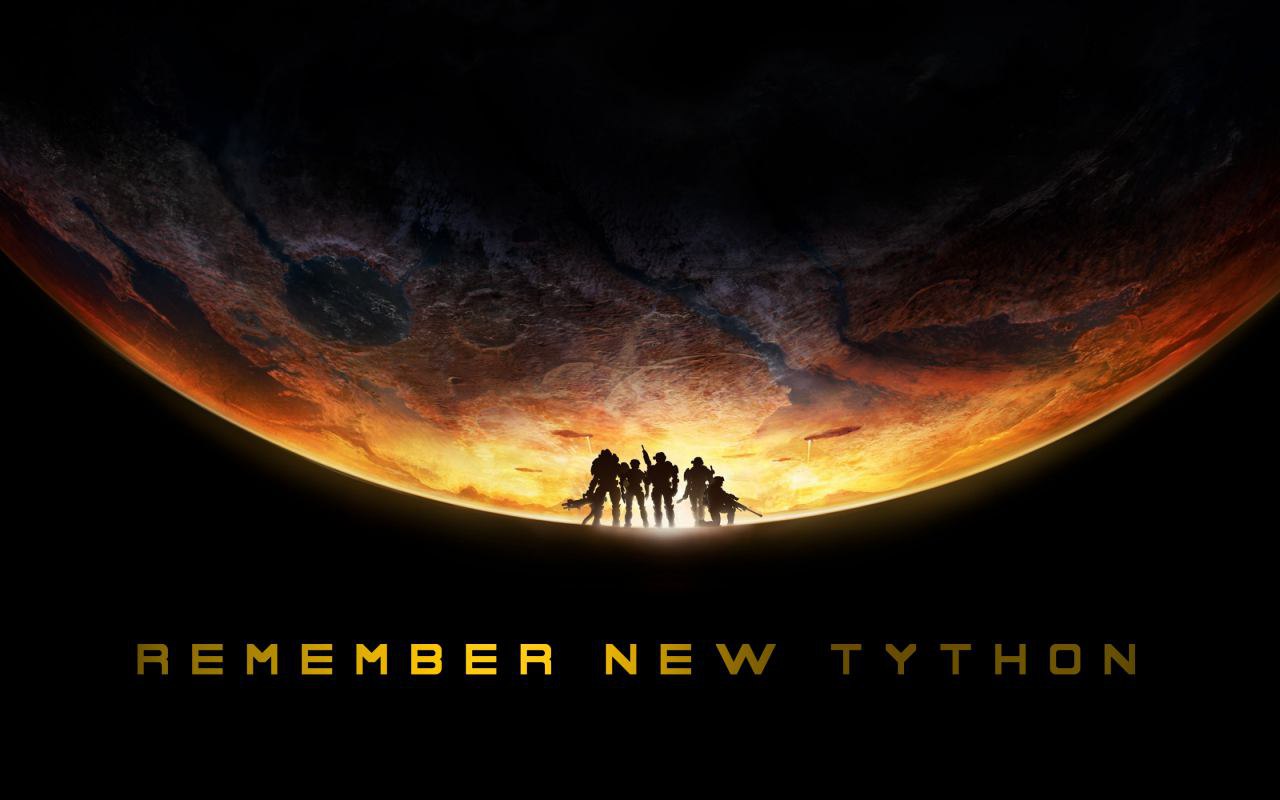 So all previously announced projects are now on hold because we have a new system to build so your House leaders should be putting out calls for ideas and volunteers. You can also send it to A’lora and I directly by using

Leave your ideas! We welcome all input!

I’d like to highlight two comps that allow for reactions to recent fictional developments:

Cable - #askturel Can I use this to shamelessly advertise the feud?

Cartel - #askturel who are you again on the summit

The hero Odan-Urr needs but not the one it deserves

Sa - #askTurel can we slaughter all the Sith like animals?

No. That isn't our way and not all Sith are genocidal maniacs. But the Sith, Gray and Loyalist who side with the Iron Throne shall receive no quarter. This is a war.

Cable - #askTurel Thoughts on the GM invitational ACC? Did you enjoy it?

It's certainly been an experience going up against some of the best writers in the Brotherhood and representing COU (yes Wally I know it's an individual event). It feels like it's been going on forever though.

Xantros - #askTurel Will you give me a Golden Lightsaber for abandoning the teachings of the dark side?

V’yr - #askTurel Is Turel gonna stay Light or are you moving him towards the Grayer pastures? :P

I wrestle with having him go gray and realistically there's a strong argument that is where he's at. But he's a Sentinel and they have a long history of walking into the dark places and doing the things that need to be done on behalf of the larger order. So, to answer your question Turel is still light path and a full Jedi but more in the tradition of Quinlan Vos and Jedi Master Tholme. Even Yoda himself greenlit the assassination of Dooku. Jedi aren't always strict pacifist, not when this many lives are at stake. Idealism is a luxury Turel can ill afford. :P

Well let's see, I haven't been gaming much recently but I'd say Destiny is still the favorite currently in my rotation even though it's very much in need of some new content.

If you're asking what my favorite game of all time is...wow that's tough. I would have to say Halo 2 simply because it was revolutionary and the gameplay holds up even now. The campaign was cinematic in scope and quite frankly should be a movie and the multiplayer basically revolutionized online matchmaking and created Xbox live.

I have some JRPGs and Nintendo games from back in the day I could name off that are in my top 5 but Halo 2 takes it on both an artistic/story level and the impact it had on online multiplayer overall.

Also, I nearly flunked a semester of college because of Halo 2 :P

Mako - #AskTurel what is the airspeed velocity of an unlaiden swallow?

Len - #askTurel do you like coffee? If so cream and/or sugar?

Actually I made through law school and two wars without taking up the coffee habit. I do drink chai on occasion but good chai is hard to find

Zoso - #askTurel when are we going to rebuild SenNet and what will be different about it?

SenNet will be rebuilt in conjunction with the new military and system. Expect to see it fully online by the end of the feud.

As to what will be different, there will be options for members to have their characters serve as senior analysts or elite agents similar to Mass Effect Specters. Also due to the resistance/secretive nature of our new position as a rebel Clan fighting the Iron Throne expect SenNet to play a major role in the future of the Clan lore.

That’s it for now, expect word on the Feud in the next few days :P

Woot so much awesome fiction in such a short time. .... pleasure overload!!!

Hawt! Read the fictions guys. They answer a lot of unanswered questions and are fun to boot. Enjoy :)

Nice report and excellent fiction. Really looking forward to where we go from this and am anxious to get in there and help anyway I can.

Ohana means family. Family means no one gets left behind.

That pic at the top is great isn't it ;P. Great fiction Turel, bring on the fued.