Odan-Urr Proconsul Special Report - "Let's Get Down To Business"

Odan-Urr Proconsul Special Report - "Let's Get Down To Business"

After a bit of a hiatus I’m back with the Turel report you all know and love. A’lora and I tried the joint report thing for a few months and decided to be a bit more flexible this year. You’ll see at least one report a month from each of us and I’ll still contribute to the Consul report because it goes out to the entire Brotherhood.

The featured art this month is a personal commission of Turel and his sister Morgan in a bit of a tight spot. I’m ecstatic at how it turned out. I would like to give public recognition to our allies in Arcona who, in a touching display of class and sportsmanship, all agreed amongst themselves to allow me to fulfill my quarter-long quest of getting the accessory of my dear friend and Master V’yr. Ohana means family sniff sniff

What does it mean to be an Odanite?

2015 was a historic year for Odan-Urr, we grew, we became a clan, we held our first event with another clan and forged a new alliance. Take a moment to reflect on where we were a year ago. Clan Odan-Urr was a dream held by many since before I joined way back in the good ol’ days of 2014 :P If you had told me then I would have the honor of being the second Proconsul of Clan Odan-Urr I would have said you were off your meds. So Odanites pat yourself on the back.

But clanning was just the beginning, we still have a great deal before us if we are to live up to our full potential as a Clan. Creating a new clan with new Houses from nothing takes a lot of work and we need each and every one of you to be as awesome as you can be to build our legacy. This is an exciting time to be in Odan-Urr, future generations will look back on 2016 as the year when we took our place among the top units in the Brotherhood. The GMRG race is just an echo of what I believe is to come, Arcona and Odan-Urr engaged in a friendly rivalry for first clan. But to get there you will have to collectively answer one question….

What does it mean to be an Odanite?

You answer that question through everything you do, from bonding as a community, winning competitions, creating exciting stories and worlds to play in, stepping up as top notch leaders and producers in the Brotherhood, welcoming new members and encouraging older ones. It won’t be an easy journey, nothing worth pursuing is, but it will be fun.

We are setting up for the first head to head clan feud in recent memory with Plagueis. All eyes will be on us. So many fine members worked to get us to this point and now we have our shot. So what do you want our clan to be known for?

Personally, I want us to be known as a Clan that builds each other up, that will give anyone a chance, a Clan that can step up to the big leagues and not just win but win as a family with class. I want our leaders to be the envy of the Brotherhood, our programs to be duplicated elsewhere and our lore to be second to none. That’s a tall order, but I firmly believe it’s well within us as a group to do it. All we have to do is step up and be as awesome as we know we can be.

Let’s get down to business

As I’ve mentioned there is an honest to goodness feud in the works with Clan Plagueis. This will be our first real test as a clan in 2016. You will hear more about that in the upcoming Consul report but get hyped because war is coming and we will get a chance to go head to head with the forces of the Dark Side. 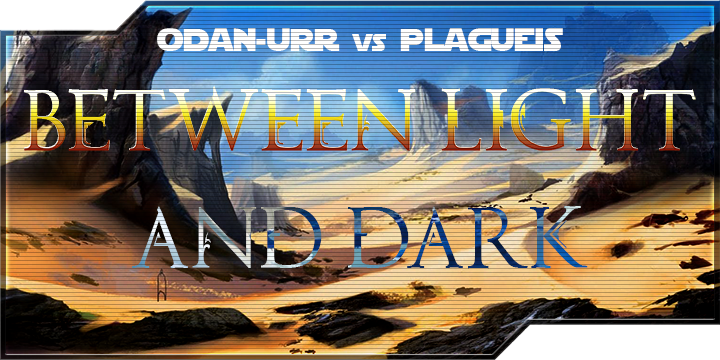 Clan development doesn’t stop because there is a feud. Projects will still move forward. Here are some of the items on my radar:

If you are interested in joining any of these projects please email myself and A’lora with which ones you are interested in helping on. I will be looking for team leaders to head up the respective projects. This is a great chance to step up and contribute to the clan in a concrete (and rewardable) way. Please consider carefully whether you actually have the time to commit to a project before signing up.

There is a pretty strong variety of competitions to sink your teeth into during the month of Janurary and more on the way... 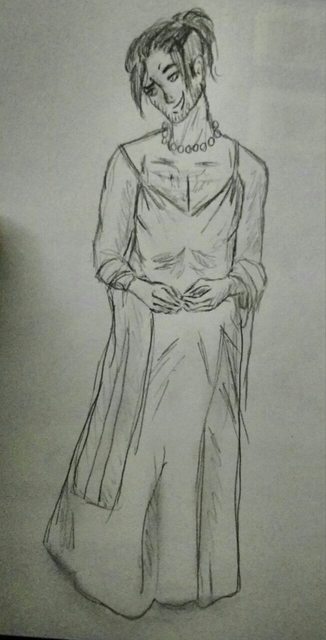 Mar - #AskTurel even though it's early days, is there anything you can tell us about the upcoming feud? What types of comps we will be facing, what robes I should wear etc

The details are still being looked through so if you have comps you want to see speak up. The fictional setting will be off-world in a conflict over Plagueis trying to enslave/exterminate some undesirables and us trying to protect them. It will be a very clear conflict between the clans.

As for events, we are looking at PVP gaming, graphics, fiction, puzzles, coop fiction and most definitely a battle plan. An RO is still an open question tbh.

Mar - #AskTurel How many credits did you spend covering up that business with Mar and that poor goat? :P

Not enough apparently because you’re asking about it in public :P

Liam - #AskTurel As an Avatar of Strife, do you have any tips for new ACCers looking to break into the Combat Center?

Practice makes perfect and read other matches actually. You get a feel for what judges look for when you deconstruct a match. Also find a style that works for you, for me it's comedy, that's my primary weapon in the ACC. The single biggest advice I can give in the ACC is remember it's about telling a story, always look at something through the reader's eye about "is this entertaining?" People often fall into the trap of treating it like a tabletop RPG and focusing on winning the in-character fight rather than focusing on story.

Gui - Why don't we try to touch base with the Jedi from other Clans?

Jedi in other clans is relatively new, you will likely see this come up in the future

Atty - #AskTurel what’s your favorite part about writing Turel as a character?

Hard to pick, but his sass mostly. He's kinda the avatar of my sense of humor in that regard, also he serves as a walking critique of other characters and larger plotlines. I don't break the 4th wall but I push at it. Very close second to his sass are the themes of redemption and struggle to live up to an ideal.

Pravus - #askTurel now that other clans have Jedi, should a Jedi planet, on par with Antei, be created in the DB?

Um, spoilers? (I hope). That is an interesting premise. I think so, as cool as New Tython is I am super stoked about Jedi spreading beyond our borders and a dedicated Jedi planet would serve as a neat rallying point. Maybe a future event with TAL and COU could flesh that planet out :P

Sa - #askTurel what is there can a men ever do to help the clan besides being in a leadership role?

This is a question I get a lot in one form or another. The clan needs each and every one of you and there are a multitude of ways you can help build up our little community, many of which you probably don’t even think about. There are formal projects like the wiki work Sa has been helping me with (thanks btw) but helping and encouraging your clanmates is a big one that people don’t think of. Spread the hype! Support competitions, submit competitions of your own, be a mentor, help someone proof their work. Heck even gaming with someone helps build the clan.

If you have an idea for how to build up our community be it fictional or otherwise don’t hesitate to bring it up. It may not get adopted, but it does get you noticed.

Archensova - A very late #askturel - any idea what a loyalist or merc CON/PCON/QUA/AED would look like? Lore-wise, those seem like they'd be Jedi-only positions.

Wow great question. Honestly this is one that the summit needs to address, how do NFUs fit into our lore as leaders? Well the current lore has the summit as a Jedi council of sorts called the Council of Urr. This will need some tweaking to include NFUs, most likely in the summit council becoming more like a traditional political body. Personally, I like the Knights of the Round Table aspect of our summit lore that we are all equal on the Council more or less. That’s kinda cool. But this will likely be a major project that I will probably tap you and other volunteers to help me with. Thanks for the question.

So I’ve done this before but I’m super proud to do it again. Members of the summit often don’t get their achievements trumpeted in a House or Battleteam report the way a regular member would. Odan-Urr is blessed with some outstanding leaders and I want everyone to know it. So without further ado:

That’s it for now, stay tuned for teasers on the event in the upcoming Consul report.

To defeat, the Huns!!

Thanks for the report, well done to Xantros and V'yr!

All these awesome character image commisions, I really need to get someone to do one for me.

But you can bet before we're through... Mister, he'll make a Jedi out of you!

Gorgeous stuff, COU. Much love as ever. #ohana

Super excited to cross blades with Plagueis again. Great report, PCON, and keep on rocking that dress. It suits you.

Awesome P-Con Report and some great opportunities for COU members to be more invovled and to help us succeed in the upcoming Fued.

Can't wait to see what we all can do!

... when we hand someone their Knight saber and tell them to go forth and conquer the galaxy.

Sounds almost... Sith. I knew there was some darkness lurking in there. :)

I love the ending. This was a great report, Turel. I look forward to the Feud, and don't forget about the comps available to do! I myself am working on the City Builder one right now.

Don't forget to do al the things (there's a big list of competitions there,) also get revved up for the feud with Plagueis!