Plagueis Rolemaster Report #12 - So Many Seals, So Little Time

Plagueis Rolemaster Report #12 - So Many Seals, So Little Time

I'd like to start my report with an announcement by that is a great pleasure to make. For those who do not know, perhaps the greatest honor one can receive in Plagueis is to be named to ranks of the di Plagia. To be inducted, one must receive the blessing of the current membership. After due consultation, which I cannot confirm nor deny involved copious amounts of adult beverages, we have decided to offer the title to one our favorite blue members, Laren Uscot! Laren has been a stalwart since his first days in the clan and has a wide variety of positions in Plagueis. He’s always been an active member and willing to help out others, all things we look for in potential di Plagia. Congratulations on joining us happy few. Of course, there’s only one way I could properly celebrate this occasion, by introducing a new seal! 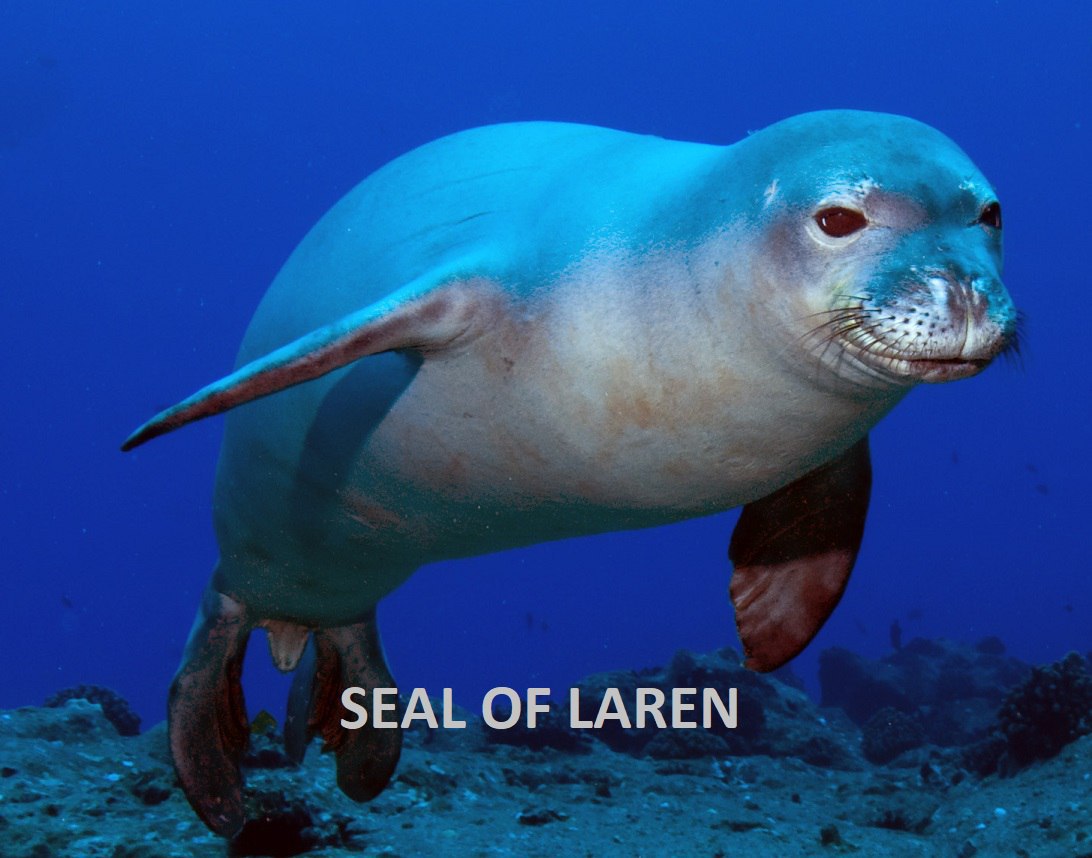 As you might remember, a while back our glorious supreme overlord decreed that the previously delayed Great Jedi War XII was back on. In fact, it will be starting up in 17 days! In a prior report , I detailed some of the important things about how these sorts of events go down and how to be successful in them, even as a new mebmer. If you weren’t around for that report, please go read it and direct any questions you might have to me. What I’d like to talk about specifically in this report is one of the unique competitions that occurs in large DJB events such as these, the Run-On.

It could be said that the Run-On (aka “RO”) fiction event is the single biggest event in any GJW or Vendetta and that’s because it takes a lot of work to get right. You can find a full description of how an RO works on the wiki, but, in short, ROs are collective works put together by a team (typically 5-7) of writers over the course of several weeks. As you might imagine, these can be an exercise in planning and logistics but also a lot of fun. Because of the amount of time and the number of people working on one, you have the opportunity to tell much larger stories in an RO than you would otherwise. The big caveat is that you have to be willing to write the characters of others and have others write your character, otherwise the whole enterprise doesn’t work.

If this is all kind of overwhelming to think about, I totally get that. My first RO was rather nerve wracking for me especially since I was writing well established characters after only a few weeks in the club. As a member of Plagueis you’re rather fortunate though as we have a number of members who have had a great deal of success in ROs. Heck, I think it’s safe to say Plagueis is the most successful unit when it comes to ROs over the last 5 years, including a victory in the last GJW Run-On event! That effort, whose authors included Selika, Teylas and I can be found HERE if you want to get a look at what a competition RO typically looks like. Another winner can be found in the archives of the Dark Crusade on Khar Delba. Make sure to read the last post of that one, it shows off one of our little RO traditions, the Outtakes post! If you want more samples, let me know and I’ll pull them.

Oh, wait a second. You thought I didn’t have a seal for this occasion, didn’t you? Well, technically, you’re correct. I have two seals, OF WAR! 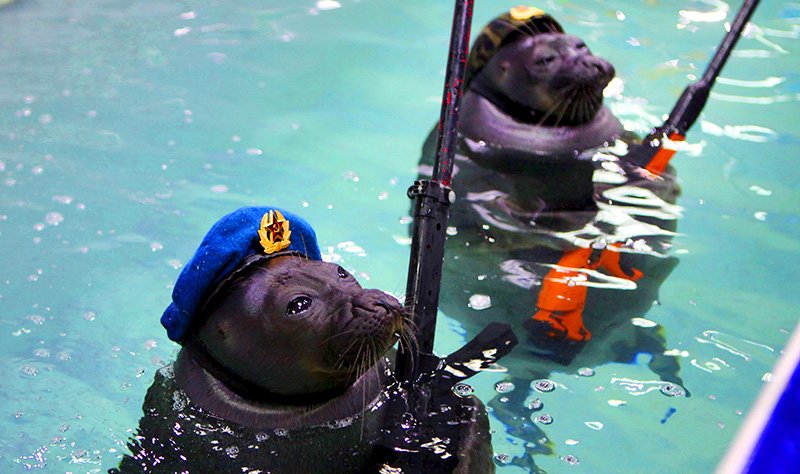 Why hello there, and welcome to yet another instalment on Taskmaster Corner with TuQ’uan. This one will be fairly short as I am writing this from the road (well 30,000 ft in the air). I want to start off by welcoming some of our new recruits who have been doing a great job learning (and relearning) the ways of Plagueis, they have been off to a great start and a flurry of activity. Please give a big Plagueis welcome to Xhiss, and Mikel Blaine as well as welcome back Xavier Rhane. I look forward to seeing more of what they all have to offer.

Next I want to congratulate everyone who participated in the Pro Bowl on both sides, it was hard fought and a lot of fun! Unfortunately there was not a lot of participation in the Circle, I understand your first big event in the DJB can be a little daunting with so much to do and so much going on it's hard to find a place to even start. Don't let this scare you off, it's all about having fun and there is something for everyone from puzzles, to writing, to gaming and just about everything in between.

I want to see everyone getting ready for the upcoming Great Jedi War!! If the GJW is anything like the Pro Bowl it's going to be an absolute blast, the point of which is just to have fun. I'd love to see everyone participate where they can and have some fun with it (you’ll notice a common theme going here, HAVE FUN!!!). If you ever have any questions or are unsure of anything, Plagueis is filled with a ton of amazing people always willing to help, Arden and myself among them, never hesitate to reach out.

And with that I should hand the report back over to Arden.

In the run-up to the GJW there’s perhaps fewer competitions to speak of than normal. However, there are a number of interesting fiction events going on for the Brotherhood at large. Two of these events have to do with various aspects of a characters past with one by Xantros and another by Kordath. There’s also an event up there run by some guy named Arden, oh, wait, that’s me. If writing isn’t so much your thing and blowing up large boats with big guns, check out It's a Small World of Warships After All

I’m going to particularly highlight two recent posts by everyone’s favorite lover of swords, Wally. The first is a major fiction update that is meant to wrap up the storyline we’ve been on since the aftermath of the last GJW. There was also another update in which it was announced that a certain Tuq’uian guy is the newest addition to the slav...er Magistrate ranks. Good work sir and have fun approving all those CSes! Oh, on the DC assistant front, our illustrious PCON Abadeer gets to join the Herald Team. There was also this report from the Seneschal in which “James talks about recent changes to the site, once again copy/pastes a change-log, and talks about upcoming coding-related things on the horizon.” Last but not least, there are reports from HAP and HKM

So, recently I began my foray into a new realm for me, the wonderful world of competitive gaming. Now those who know me might have a fair question, “Arden, aren’t you a bit old for e-sports?’. The answer is, of course, yes. However, I have found a game where even us old geezers that have left the 18-34 demo behind can excel at compeitively, World of Warships. My clan even put me in charge of a team, le gasp! We just finished the qualifying rounds of the Warship Supremacy League. While I can’t say Team Nuthin Special did great, we’re set for 6 weeks of fun.

Now while I do have some video of the competitive matches, to be honest, competitive WoWS isn’t the most interesting TV in the world. Instead, I’m going to share a video made by one of my clanmates featuring a rather fun game in the newly released british battleships.

Congratulations to Laren for a well earned honour! If it weren't for him I wouldn't be here.

Laren is very much deserving of this honor. Well done my friend!

Congrats and well earned, Laren. Even though I only worked with you for a few months, I could tell you were top notch.

Thanks for the kind words, Arden. And the special seal.

Congratulations, Laren! Looks like picking up that contract was the best decision Teylas ever made.

Uh oh, we've let an NFU into the executive bathroom! In all seriousness, though, congrats Laren!