This report is split into three sections so bear with me as we go through them one by one.

We are pleased to announce Aurora "Aura" Ta'var as the new Consul of Clan Odan-Urr. Aura has been Proconsul for over a year now and understands COU very well and we expect the same type of drive and determination from her as her predecessors have had. Her plans for the Clan will lead it into an even better future. Congratulations Aura!

Here you will find all the relevant links/reports that you may want to review to keep up to date in the Club.

I have left out some of the sillier questions that I already answered in chat so as to leave space for the more serious ones.

Bale: #AskVyr 2018 was a fruitful year. We've seen good things coming out through the Voice, Regent and Fist reports, we saw an excellent RoS and a fresh site update. Is there anything you can share with us as to what is to come in 2019 from DCland?

Well, several things are coming along and will be revealed in more detail as we go on in 2019.

The site itself is an evolving thing and will likely change as we go along. You may have noticed borders around specific posts on the news page. Those are DC reports which usually hold the sort of information everyone should be interested in. That's just one example. Much of the work is being done behind the scenes and is hardly noticiple to regular members doing daily stuff. But, James is doing an excellent job at developing new systems while keeping the old ones running. From what he tells me, there will be more background upgrades that will help with site speed and stability, so look forward to that.

The FIST has his plans for gaming, of course, with a well-planned schedule of gaming comps and events folks can participate in and enjoy, just like last year. The update to the GMRG leaderboard is fairly new but we expect good things coming from that in 2019 as well. New games have been announced to arrive, most notably Anthem which drops soon. We'll see how interest with that goes, but Drac is way ahead of me on that. Expect new from him in the future.

On the fiction front, we're looking at creating new angles into the Collective story and a new, more methodical and regular approach to giving you guys fiction updates on the DB-wide front. It's a given that we're all here to have fun and enjoy the DB, but the fact that we also have jobs, family and responsibilities outside the DB often gets in the way of regular updates. We're developing a way to plan well in advance when and how to write the fictions so we avoid any delays (as much as possible).

There are more questions related to this one so I'll reply to each in turn so i don't answer everything here. Read on :D

Turel: #AskVyr What lessons have you and the DC learned from the Collective over the past year and what do you hope to see from future factions?

Until now the Collective has been an aggressive presence, constantly attacking the DB on many fronts, which served its purpose. I think, as do many on the DC and in the membership, that we need more than just that. We're looking into ways of creating a narrative that would take us into more paths than just constant, open war, but that would be interesting to every member. In the last fiction, it was hinted that the collective would have to change something to move forward with their plans. We'll talk about what exactly that is in future updates. (More on factions below)

Turel: #askVyr There's been mention of a DB story group working on the next chapter in DB lore recently in fiction chat and in the most recent Voice report. Can you elaborate on who's a part of that group and how that process may differ from how things were handled in the past?

The DB Story group consists of the GM, Voice, P:GM, RGT, SCL and myself. It was Mav's idea to create a smaller group of people who can help us centralize and consolidate the DB-wide macro plot into a more sensible narrative. As I mentioned earlier, we're working on a system that will see regular releases of fiction updates going forward and we're currently talking to Consuls about these plans. You'll have more info on this soon.

Archenksov: #askVyr There have been a bunch of tantalizing DC projects mentioned in passing over the last year. Stuff like the MAA XP system, a modification system for possessions, more Collective-style factions. Can you shed any more light on that stuff?

The MAA's system for promotions (we don't use XP system :P) is in the works but, as you can imagine, it's a huge project that requires time and specific knowledge to accomplish. Hopefully, Howie will have more on that in this upcoming reports. Mods and other Possessions systems are certainly in the works. Evant showed us several pages of bullet points and explanations of his upcoming updates. There is far more than just modifications for members, so I expect you'll enjoy what's coming. Evant will enlighten you guys more in the future and I don't want to steal his spotlight. ;) As for the factions coming in the future (yes, there will be factions coming), for now, we have a major one in the works that will rival the DB and Collective in size and importance. Much of it has been created by members already and we'll be using elements of it with their permission as we go forward. Our future fictions will likely be tied to both the Collective and the new faction but I can't say much more than that because it's a project in development and some details might change as we go. Look forward to Wally's reports, as well as mine, for updates on this.

Lucine: #AskVyr 1. What parts of being DGM do you find most challenging? Most rewarding? 2. What sort of fictional developments can we look forward to from the DC in 2019?

Calenhad: #AskVyr In your opinion what is the most dangerous aspect of the Collective? Is it their fanatical zealotry? Their ruthlessness and willingness to sacrifice themselves? Or their immorality when it comes to employ technology and science upon the field of battle? In your opinion which of the 3 Collective factions should we be the most wary of?

I believe that their core idea is the most dangerous aspect. The idea that a person should die because they're different is a very dangerous thing. Zealotry comes in many forms and can be marginalized and kept in check and immorality in using tech can be eradicated with a change of the regime. You can't so easily snuff an idea out because it lingers in people for a long time. 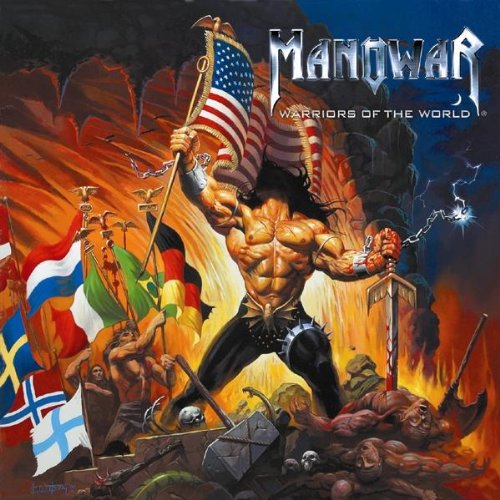 That's all for now. Hope you have a great day.

Enlightening stuff. I for one am very excited to see more about how the Collective will evolve and much more.

Also, congratulations to Blade on making Consul. I look forward to working across the table with you.

Not constantly on fire would be new :P look forward to to seeing what you do, Blade!

And grats again to our new title holder, Vic!

I, for one, welcome our new Zeltron overlord.

Looking forward to working with you, Aura!